1/26/2016 Bavaria , Day Trips from Munich , Europe , Fresh Water , Germany , Hiking , Nature Edit
Partnachklamm - a naturally gorgeous gorge in Garmisch-Partenkirchen - with its waterfalls, narrow pathways and winding rock walls offers an easy relaxing hike that lives up to the hype. Located just one hour and a half south of Munich (by car or train), Partnach Gorge is not without a reason a popular day trip destination from Munich. 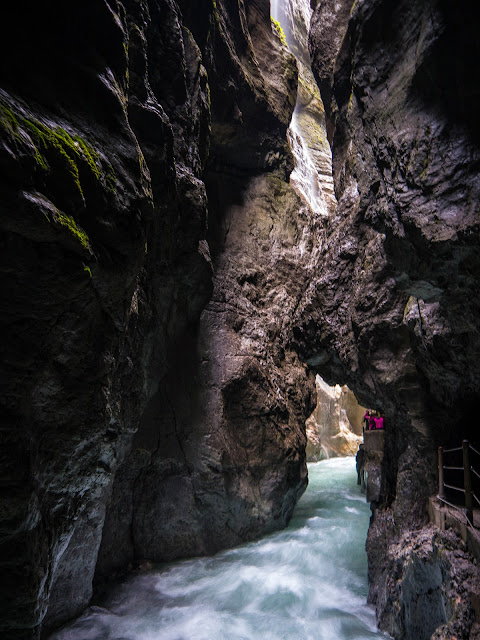 The most direct route to the base of the gorge takes you from the Olympic Ski Stadium in about half an hour walk through some beautiful scenery of the Bavarian Alps. 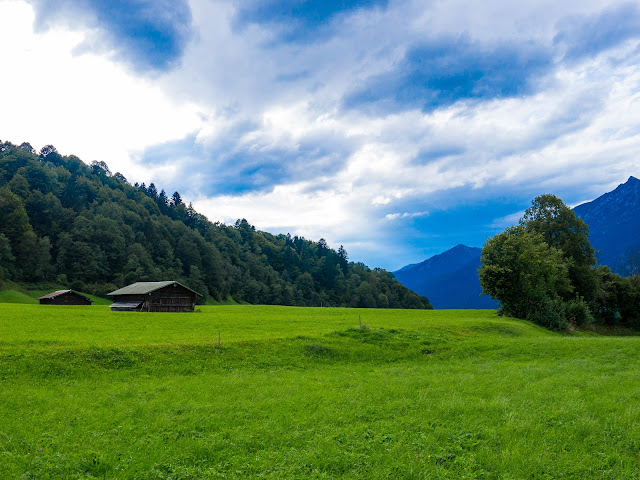 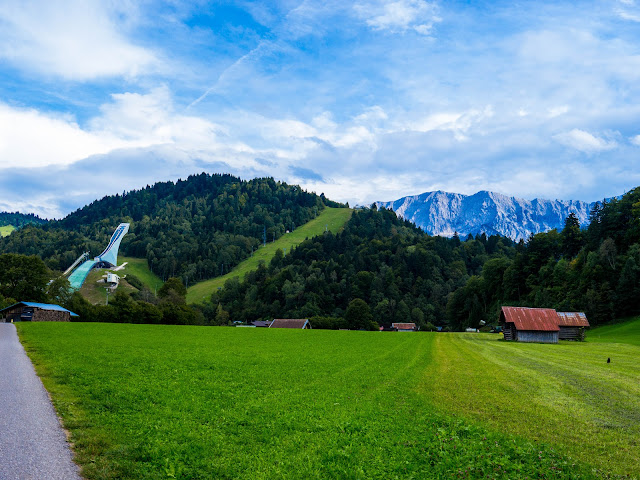 The hike through the gorge itself is easy, though it might get slippery at times. So wearing comfy shoes with decent grip would be wise. 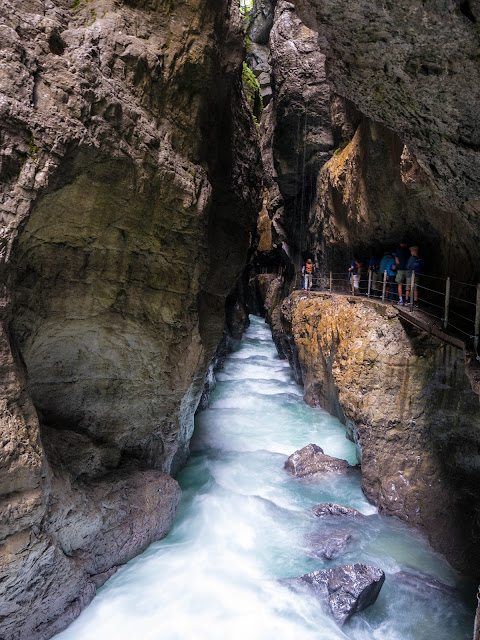 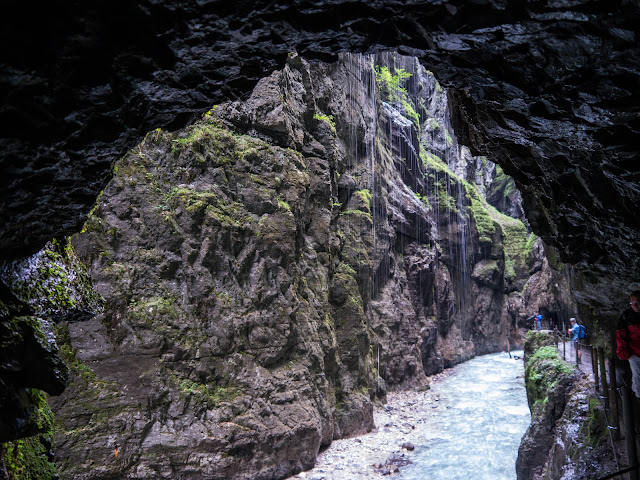 Around 700 meters walk alongside the Partnach river later you will have reached the other end of the gorge, where the valley widens and you are surrounded by the Alps. 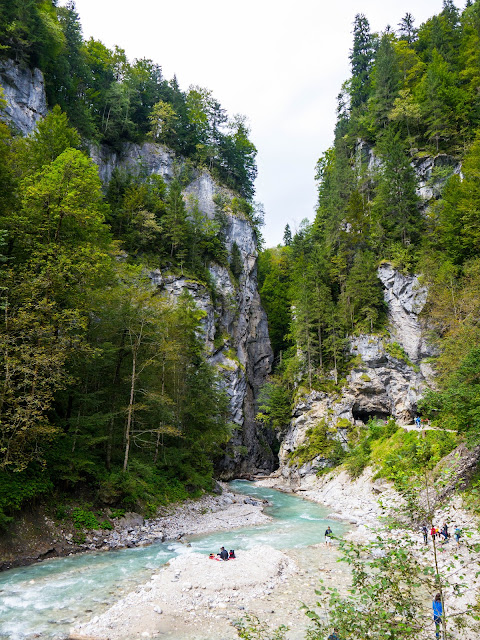 This is also the starting point for numerous longer hikes into the mountains and valleys of Upper Bavaria. However, for me it was the entry point of the gorge as I took a longer route in the opposite direction starting at the Garmisch-Hausberg parking lot/train station. The path is well marked. Once you reach the small but picture-perfect Lake Riessersee, all you need is to follow the signs pointing to Kochelbergalm – Partnachalm – Partnachklamm – Olympic Ski Stadium - Garmisch-Hausberg, in the order given. This round tour takes approximately 4-5 hours at a relaxed pace including some breaks at the restaurants along the way.

Here are some snapshots from this relatively easy but absolutely stunning hiking tour. 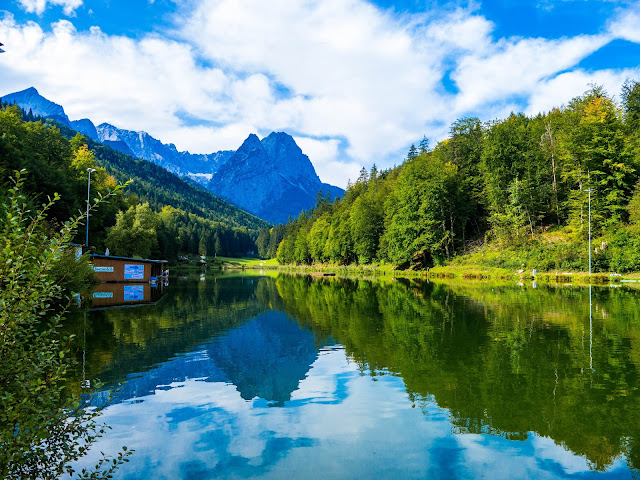 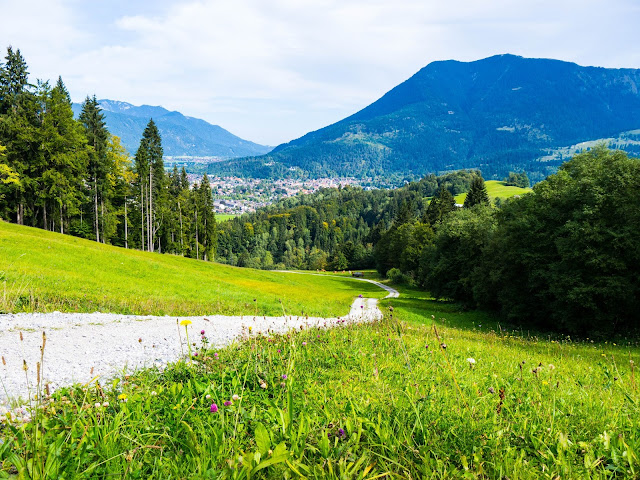 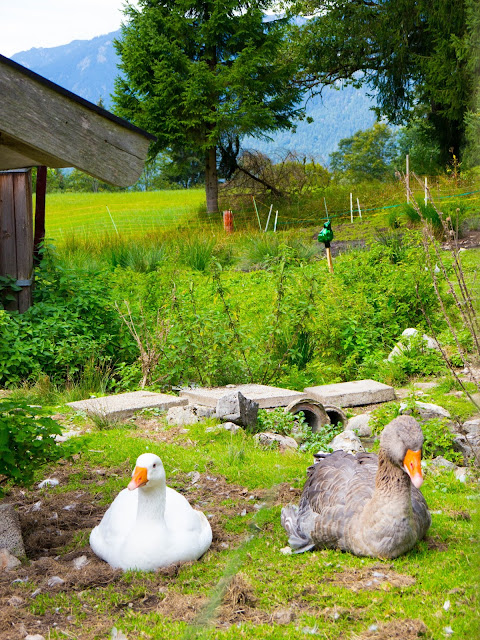 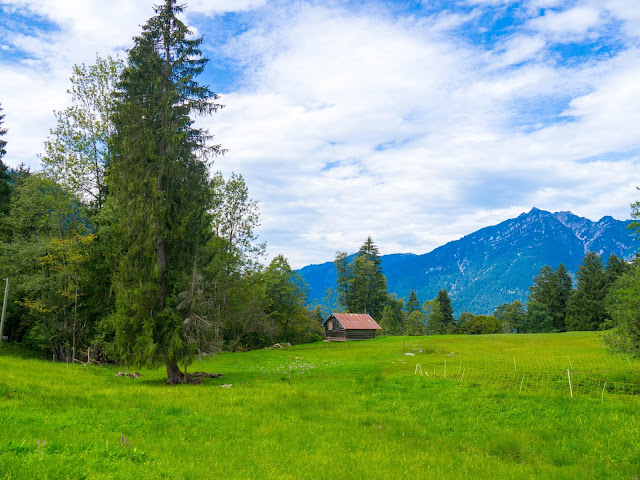 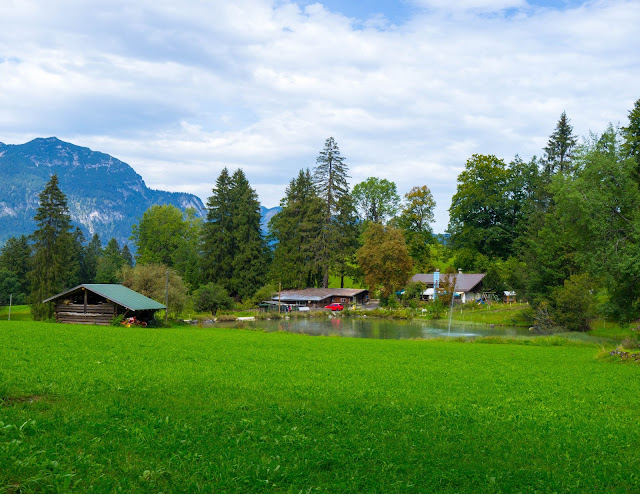 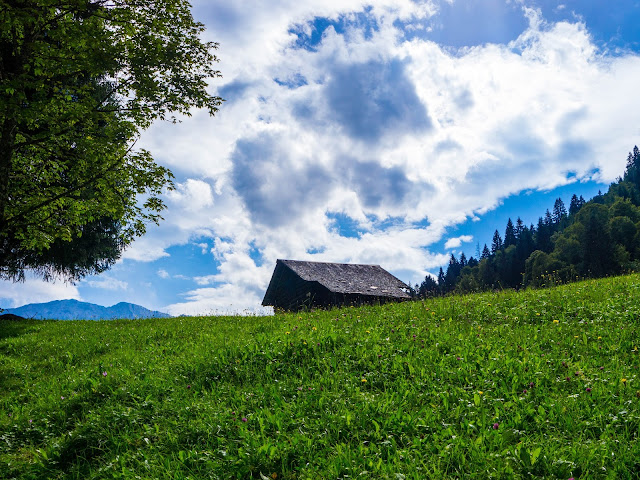 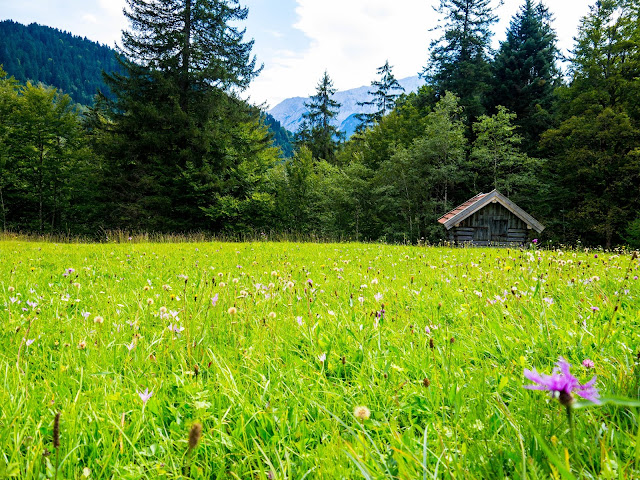 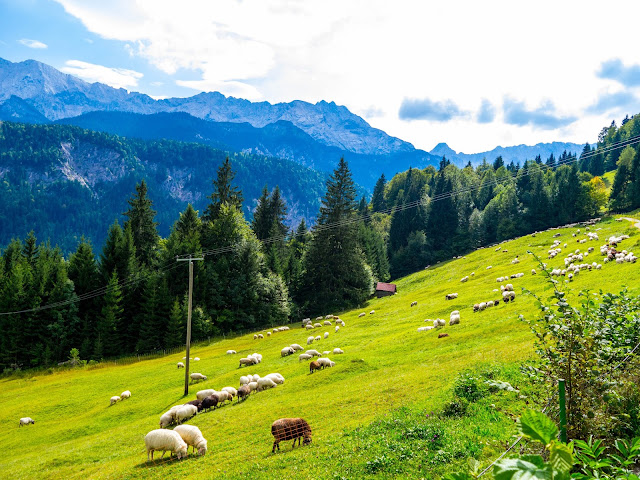 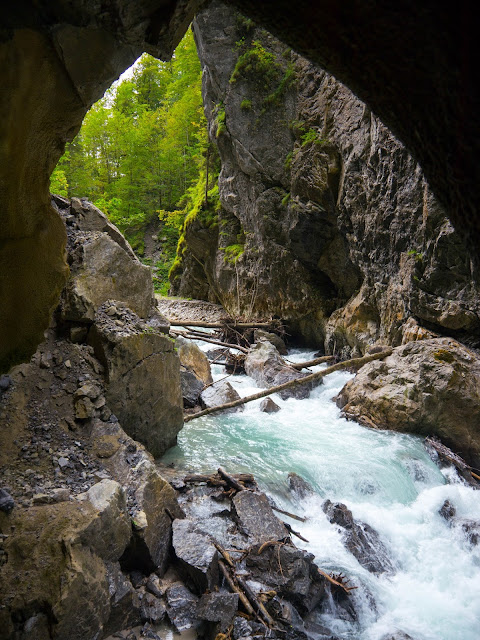 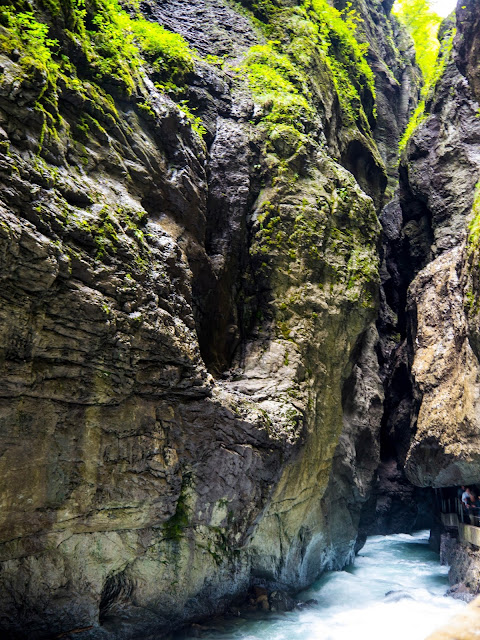 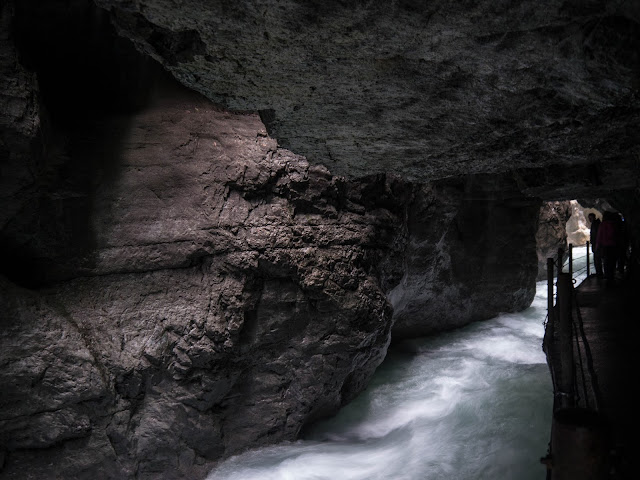 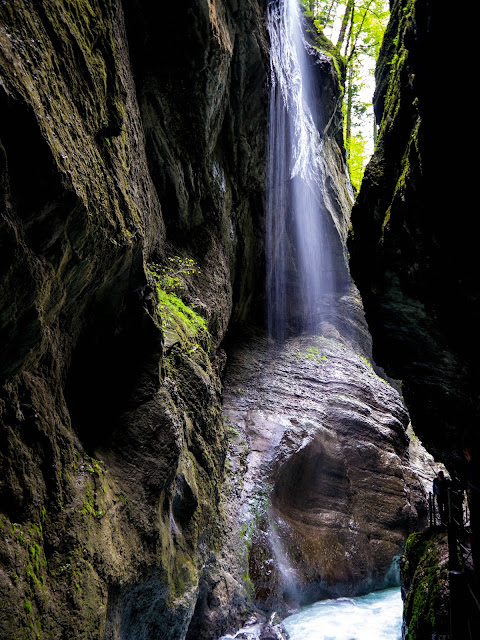 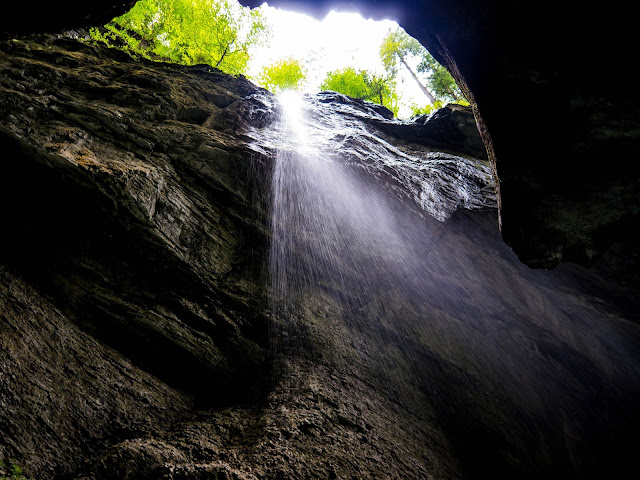 If you have reached this far, here is a tip for the daredevils among you: You can fly parallel to the Olympic Ski Jump in Garmisch-Partenkirchen! 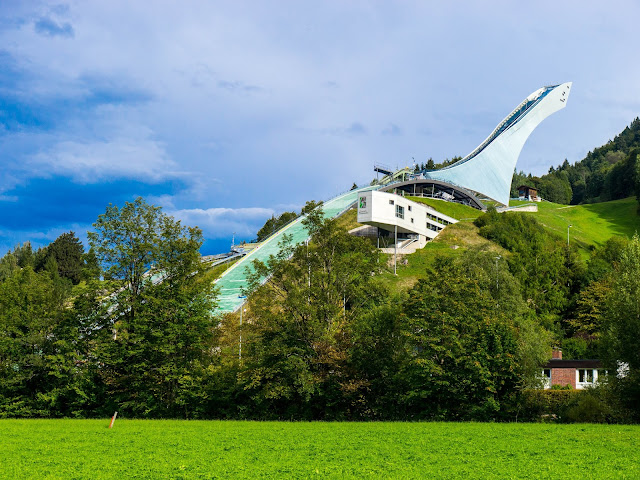 You will certainly not be able to get any close to the speed of the ski jumpers, but it is well worth the effort to get an insight into the world of these fearless athletes. 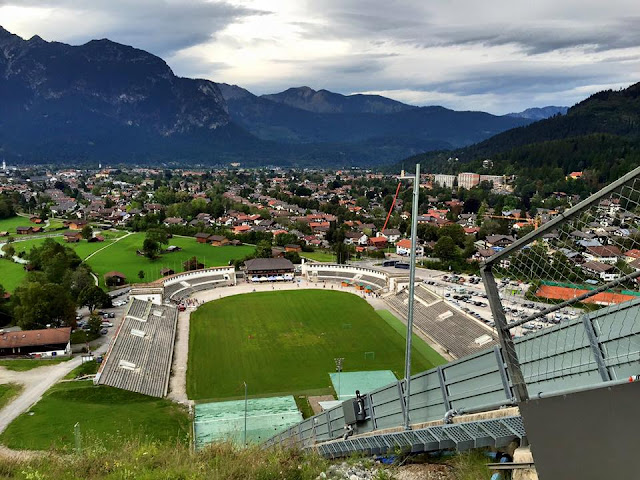 The flying-fox at the Olympic Ski Jump is open on weekends 3 to 6 pm from April through October. (Click to check out the exact opening times). No reservation required, you can simply come by and register at the open-air ticket desk. 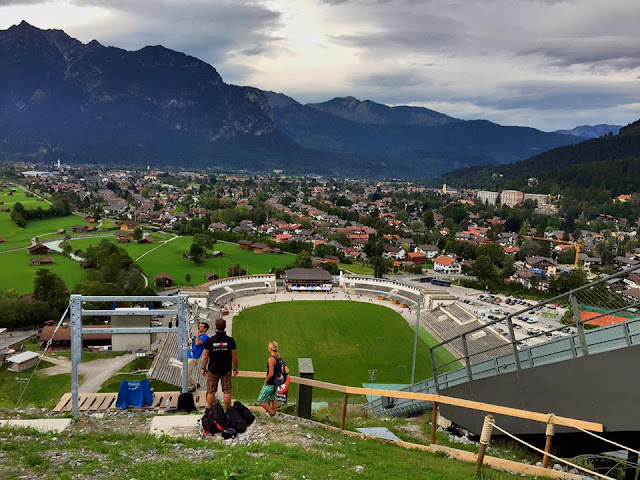 Those of you who are not in need for adrenaline can join the guided tour of the Ski Jump on Saturdays at 3 pm (click for further details and up-to-date opening hours).