5/03/2017 Africa , Fresh Water , Island Hopping , Uganda Edit
"I am a product of Punishment Island, which we'll visit later," says Tyson, our local guide for the canoe tour to some of the islands on the twisting waters of the Lake Bunyonyi that reflects the lush, green-terraced hills around it magically. One hell of a beauty that masks a dark and painful history. 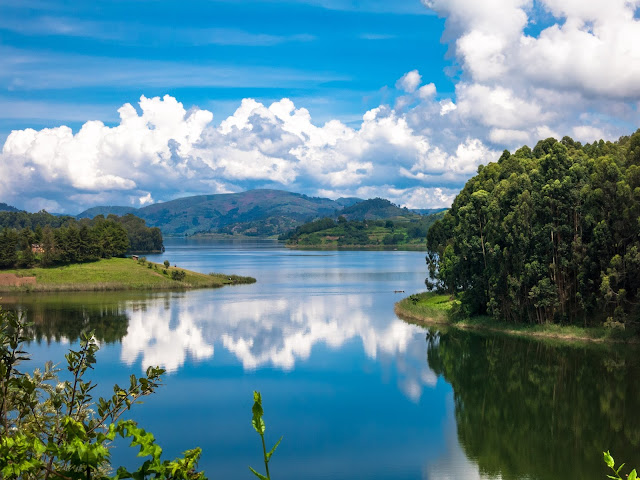 Located in southwest Uganda, Lake Bunyonyi may not be a household name like some other African lakes, though, it's undeniably one of the country’s  —and, I would contend, the world's— most stunning natural treasures.

The 25-km long freshwater lake is dotted with 29 islands of various sizes and shapes. Each island is associated with a legend, and one of the best ways to explore the islands on the snaking waters is the dugout canoe, the traditional mode of transportation.

In a heavy wooden canoe, we row across the lake towards Bwama Island, a former leper colony. A short walking tour of the island brings us to the community school, giving an insight into rural life in Uganda, an opportunity to donate for the science lab, and nice views of the surrounding landscape. But the history is more interesting than the sights. 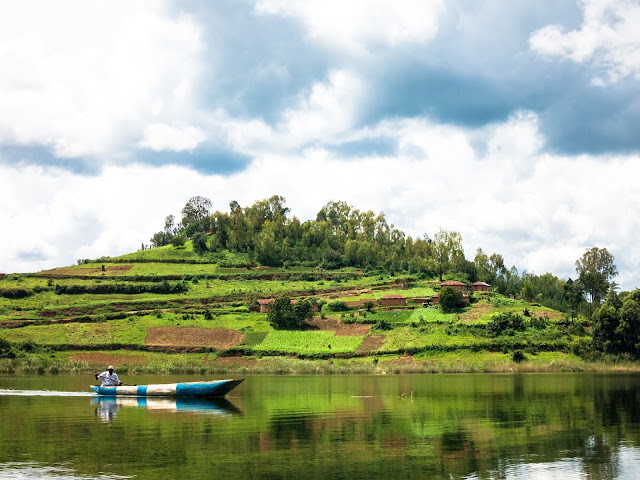 In 1931, Dr. Leonard Sharp, a Scottish medic and missionary who came to the region in 1921, founded a leprosy treatment center on the island. He facilitated the construction of a church, hospital and patient quarters to keep the leprosy sufferers isolated from the rest of the community in order to avoid infecting others. The colony was shut down for good in the 1980s, by which time the region had become free of leprosy. Currently, there are two schools on the island, but no village settlement. 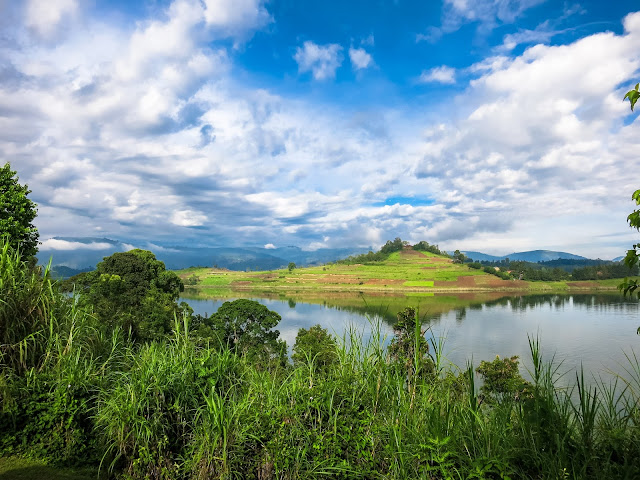 Our self-propelled cruise among several islands of the lake brings us eventually to the Akampene Island. The smallest of the 29 islands, just about large enough for the lonely tree that grows there, is better known as Punishment Island. 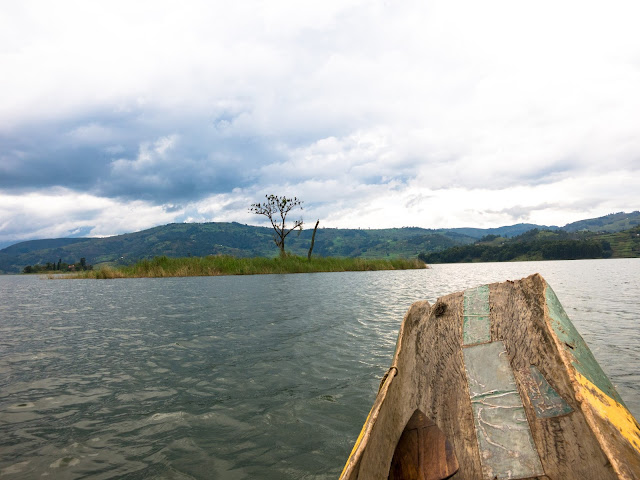 It's so called because it was long used as a place where unmarried pregnant girls —most of whom could not swim— would be brought, abandoned, and left to die either from starvation or drowning in an attempt to swim to the mainland. Not only that, they would be beaten for so long and hard that the fetus inside was killed beforehand. 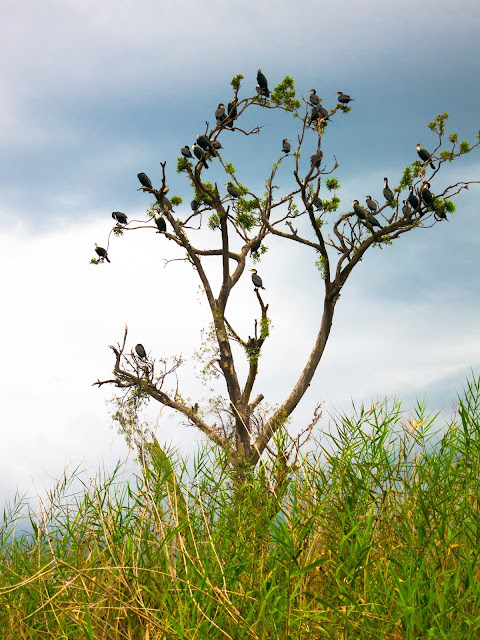 With no shelter and no food, doomed girls had only one real hope of survival: Men too poor to afford the bride price could canoe to the island and claim one of the disowned women for free. "This is how my grandfather and grandmother met," says Tyson with pride.

The cruel custom was abandoned likely in the 1940s according to locals, but having insufficient swimming skills is still being a huge threat to so many people’s lives on the lake —including a recently drowned young boy, Bruce, who went to fetch water and never came back. That's why Tyson —someone from a story of redemption— has been teaching swimming to young kids on the lake: to help others live a life of redemption. 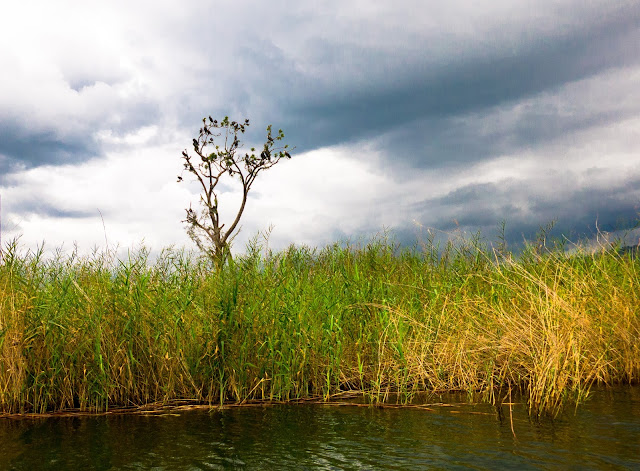 We manage to get back to our home on Itambira Island right before the downpour. Byoona Amagara is a backpacker sort of lodge, run as a sustainable non-profit organization. It is picturesque and charming, with thatched cottages (geodomes) and a campsite. The private geodome open-faced huts offer unparalleled, uninterrupted views right from the moment you open your eyes and wherever you go: be it your private shower and compost toilet, or the common lounge area. 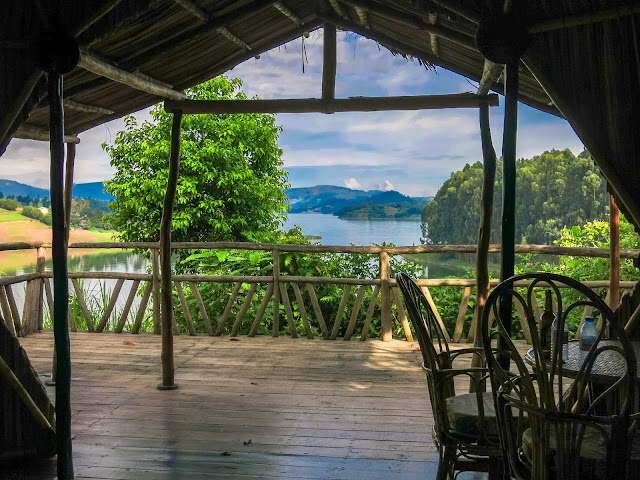 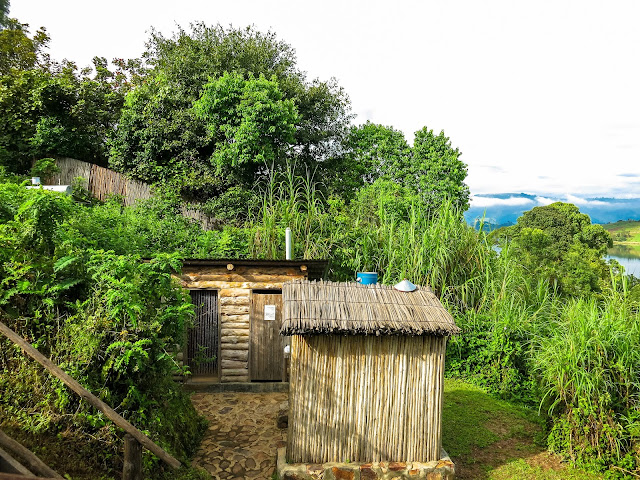 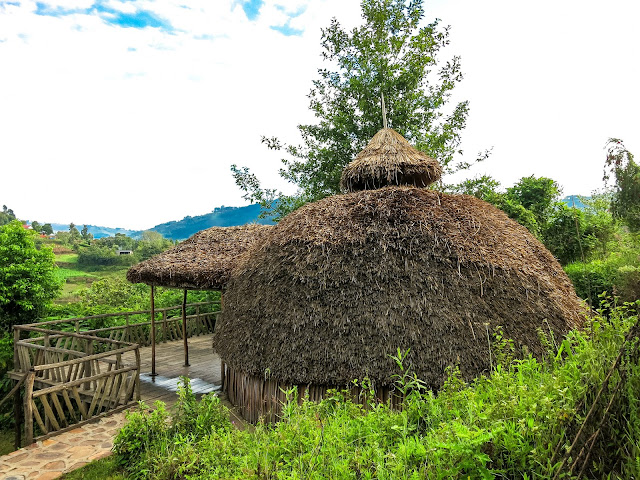 Later in the evening, as I continue worshiping the scenic landscape framed by verdant hills —well protected from the heavy rain on the veranda— my eyes seek for the tiny island in the darkness lit up only by occasional lightning. And I momentarily feel my flesh creeping.

Reminding myself all that belongs to the past, I capitulate to the lulling sound of the rain in the narcotic serenity of Lake Bunyonyi. 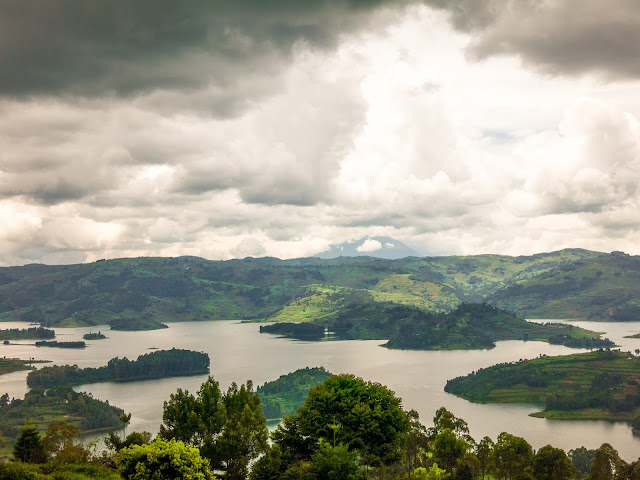