12/16/2017 Animal Encounters , Europe , Salt Water , Scotland Edit
I won't lie. I'm not much into bird-watching. But as soon as I became aware of the existence of these beyond cute, pigeon-sized, penguin-like seabirds, I knew I would meet them in person soon, most likely in Iceland—the breeding home of half of the world's Atlantic puffins. 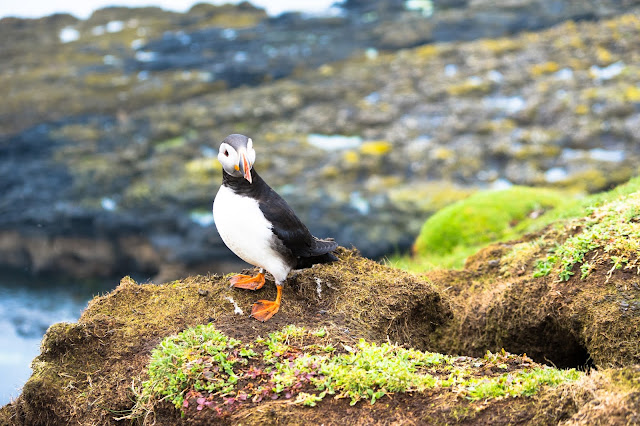 What I didn't know was, though, I would have such an overly pleasant encounter with these funny looking birds in Scotland that I'd even be ready to adopt one or two! Puffins —known also as “sea parrots"— have a photogenic, cartoon-like appeal, perhaps due to their colorful beak that seems too perfect to be real. 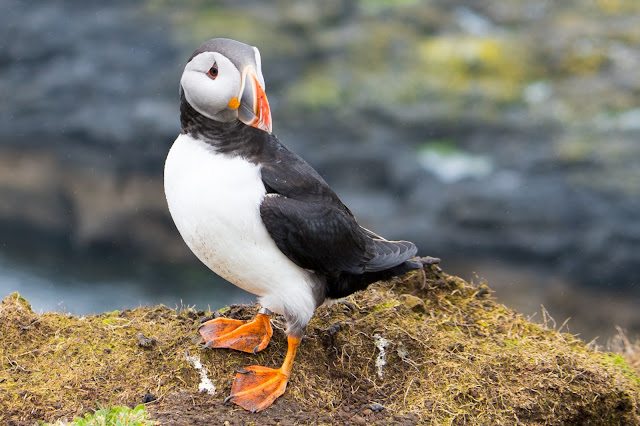 Atlantic puffins spend most of their lives at sea but return to coastal areas to form breeding colonies during spring and summer. They nest in clifftop colonies, digging a burrow in the soft soil, and couples often reunite at the same burrow site each year. 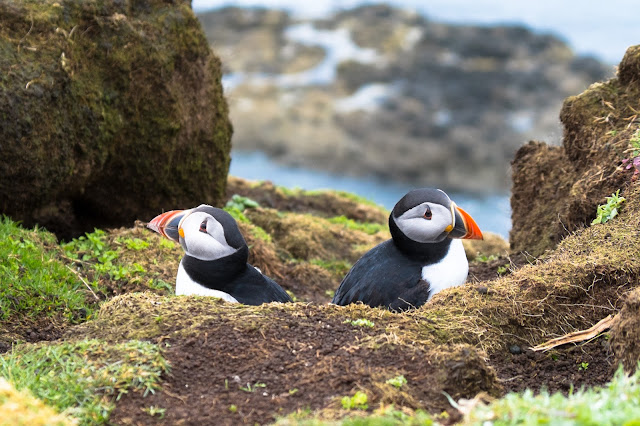 In Scotland, thousands of puffins can usually be seen hugging the high cliffs of the tiny island of Lunga from mid-April until early August. And none of them in the least are shy! Indeed, puffins move freely in human presence, as they know the closer they are to humans, the less chance of being attacked by seagulls, their main predator.

With no signs of fear, they come up close and even pose for photos that you can easily spend hours adoring them. And in the end, you'll possibly be ready to adopt one or even the entire island! They are just ridiculously cute, don't you think?! (Check this video out to see them in motion) 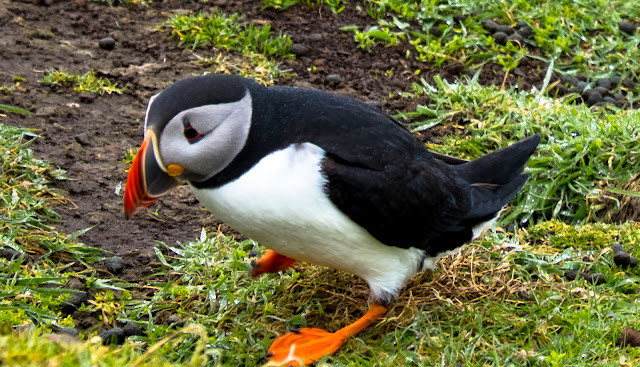 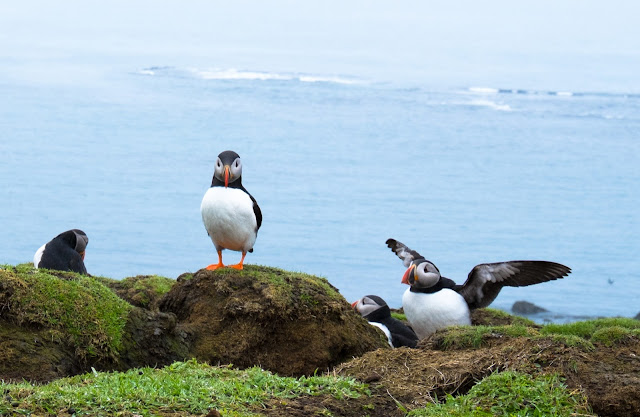 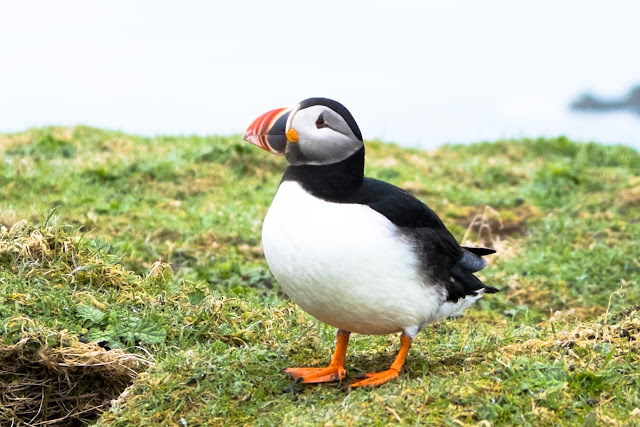 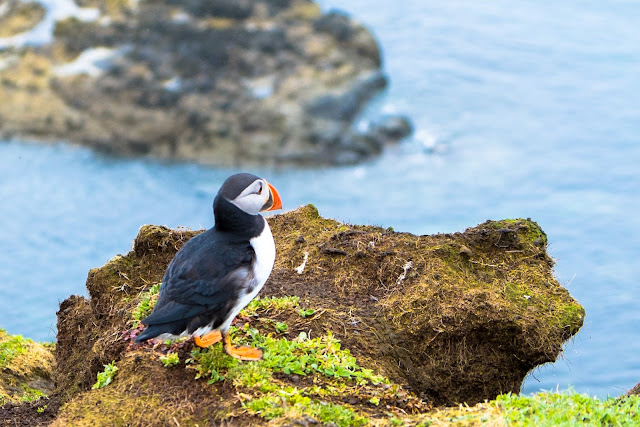 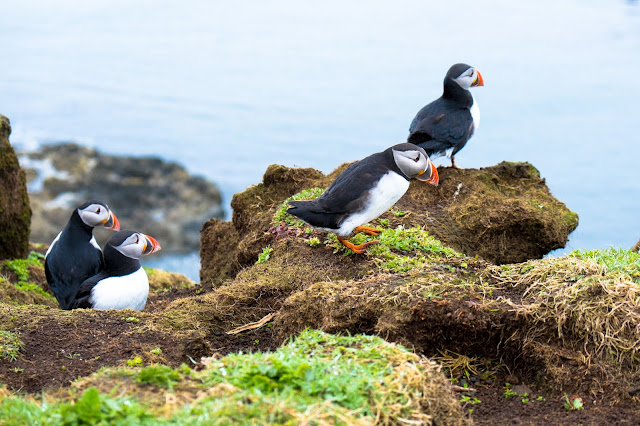 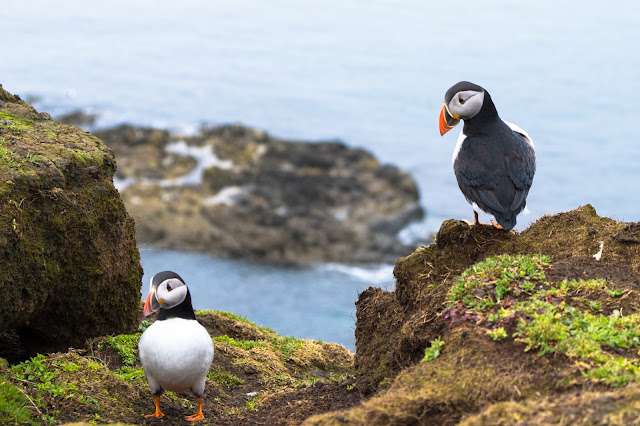 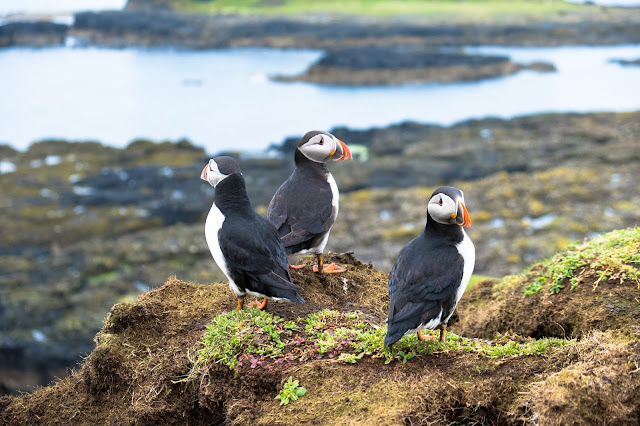 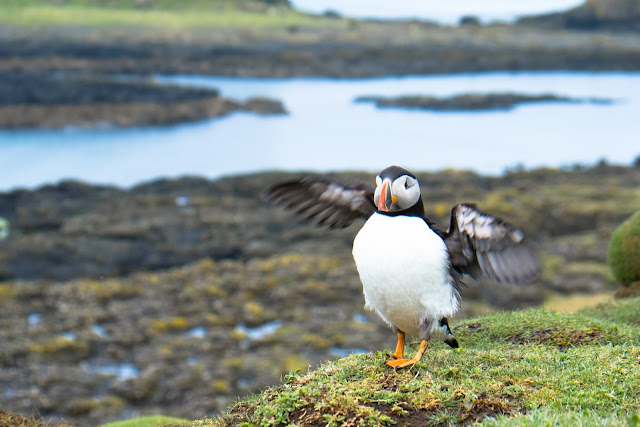 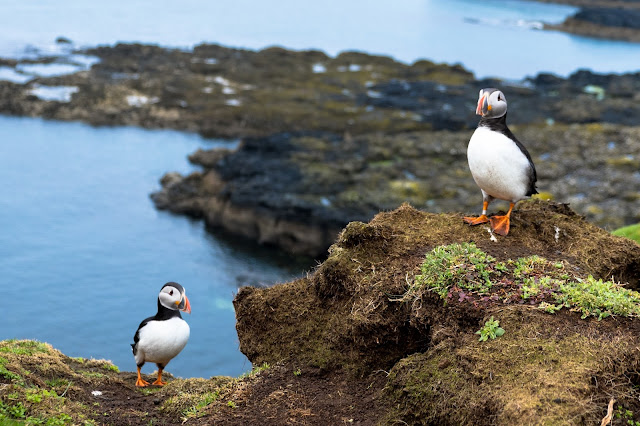 Other Wildlife on Lunga

Apart from the huge puffin colony, Lunga, the largest of the Treshnish Isles, boasts other species of birds, a variety of sea and land animals, such as otters, seals, whales, dolphins, basking sharks, and sea eagles to name some.

The little white points in the picture below are seagulls, occupying the other side of the grassy cliff. 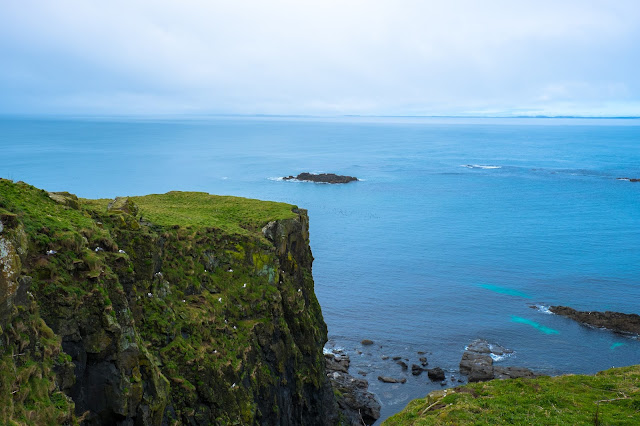 How about these super cute seal pups and their parents that we met shortly after leaving Lunga? 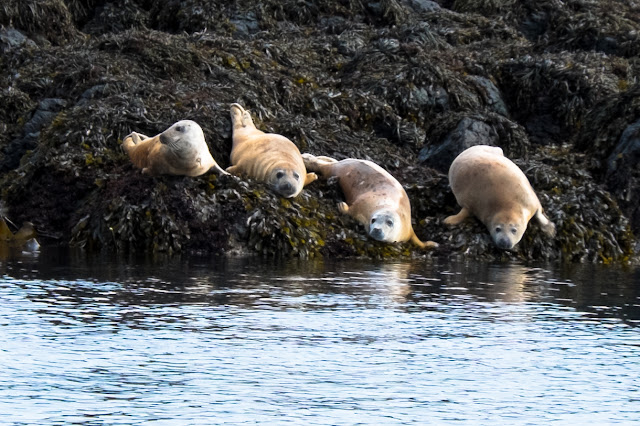 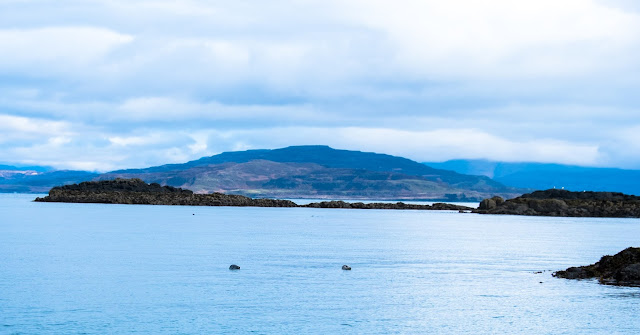 Even in the unlikely event that you don't encounter any animals, the Treshnish Isles is absolutely worth the trip. Puffins galore or not, there is something quite therapeutic about being in raw nature, listening to the waves pounding the high cliffs, and contemplating the breathtaking scenery.

In any case, though, the perfect mix of wildlife and scenery will be awaiting you to give out a bit of ecotherapy. And you may ultimately find yourself communing with puffins. 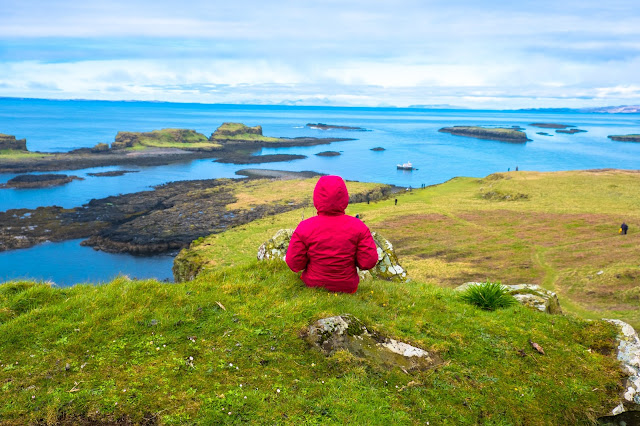