6/03/2018 Asia , Japan , Philippines , Russia , South Korea , Tidbits , World Trip Edit
Oy, mate! Here I am alive! It's been crazy busy lately with preparing for a world trip and then constantly exploring the world. While the third month on the road is coming to an end (gosh, time flies!), I thought I'd sit back to take stock of what's happened so far on my journey that started off on March 8, 2018, with a one-way ticket to Saint Petersburg, Russia.

How it all started

I would have sounded way sexier saying: "I quit my job, sold everything I own to travel the world". But no! I am not your average one. I've just loosened up my ties a little bit to hunt for freedom and happiness. Yet still, making a leap like this is far from easy.

I have spent the past 16 years of my life building up a pretty conformist lifestyle in Germany. After years of hard working, disciplined saving and daydreaming, I eventually stopped waiting for something to happen and decided to take action. The idea of losing all your security and stability is scary. So very scary. So I didn't simply quit my job where I spent more than a quarter of my life, but instead, I got rid of the paper handcuffs by putting my career on ice for one year. I didn't simply sell my comfy home and all possessions that took me and my husband a decade to build but rather rented out our perfect prison cell with all the furniture and appliances. We solely sold our 10-year old car along with a bunch of other stuff that we didn't even know we owned them.
Having handed over all the keys and excess load, we expanded our lives into our backpacks and set off to take on the world, armed with all the good wishes and a head full of dreams. 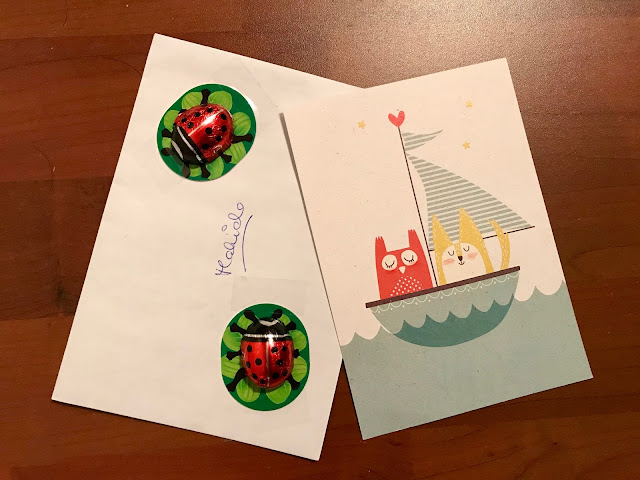 First up: Let's defeat the cold in Russia!

Our some sort of rough itinerary suggested we start our journey with the biggest country in the world. The most frequent reaction to this literally cool idea: "Are you nuts? It's going to be SO cold in Russia, winter is not the ideal time to visit Russia!" The answer is: Yes and yes! But it does not mean you can't enjoy yourself in the low season. And we loved it! Our Arctic adventure certainly extended the normal operating temperature range of us, especially a Mediterranean girl like me.

In exactly 30 days we spent in Russia, our route was as follows:
In Russia, we traveled over 10500 km in total by trains, planes, and buses. We spent more than 100 hours on trains to cover approx. 6500 km from Saint Petersburg to Irkutsk. Although we had obtained a 90-day visa and initially intended to traverse the country from coast to coast, we decided to continue the train journey on the Baikal-Amur-Mainline another time. Traveling in Russia is quite tiring without speaking Russian and after spending a month we just needed a change, climate-wise as well.
Russia never failed to amaze us. It’s magnificent, amazing and overwhelming in every sense of the word. So amazing that we already plan to have many more visits to explore more of Russia's amazingly diverse and spectacular nature and people.

I'll be writing up dedicated posts to detail my experiences in Russia and other countries, but don't expect a quick fix. Should anyone be planning a journey and need tips, please feel free to contact me. Two things I can mention upfront though: No vodka consumption on trains, at least not in the third class. We didn't meet a single person consuming alcohol during our train journeys, and on planes, alcohol consumption is strictly prohibited. But instead, tea seems to be the national drink; you can find tea even in pubs, freshly made with any flavor imaginable. And unlike the common misperception, Moscow is over five centuries older than Saint Petersburg and is in my humble opinion much more beautiful.

Initially, not in the cards, we didn't know what to expect from South Korea and dedicated some time based solely on its size. A spontaneous 10-day-trip turned out to be just a sneak-peak into this small but beautiful country. We didn't even have enough time to fully explore Seoul and Gyeongju, the modern and ancient capitals respectively. We instantly fell in love with Gyeongju, also known as the museum without walls, and stood in awe of the eye-popping capital Seoul. Our conclusion: we would love to spend at least 2 months in this tiny but awesome country with amazing people, food, and easy-peasy public transportation system.

Satisfaction eventually! Having spent 38 days in Japan, for the first time in my life I left a country satisfied behind. By no means, we have seen everything or we have been to everywhere, and to "cover it all" wasn't our intention anyway. But we have experienced a fair bit of everything Japan has to offer that I don't feel the urge to return for more. Though, one day I will be back for one thing: to swim with Japanese Giant Salamanders in autumn! This could be very well combined with a visit to South Korea :)

Our adventures in Japan started in Hokkaido, the northernmost and least developed island. Instead of heading to a big city first, we directly got onto a bus and went to Furano, where we spent two weeks with a farmer family to get to know Japanese culture, and we made our hands a little bit dirty in exchange for free food and accommodation. 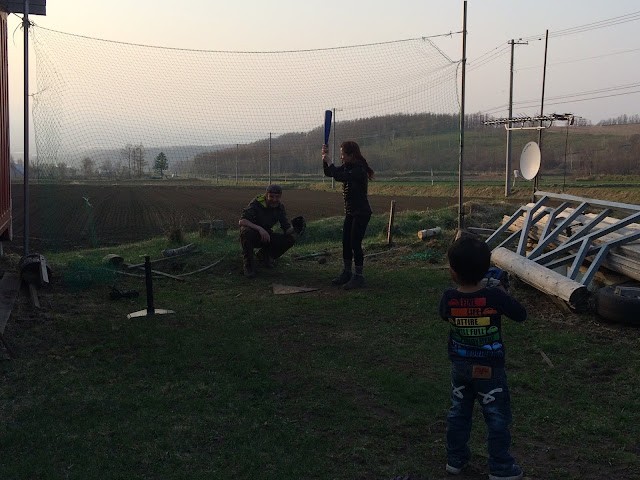 Our route and experiences in Japan were in a nutshell as follows: 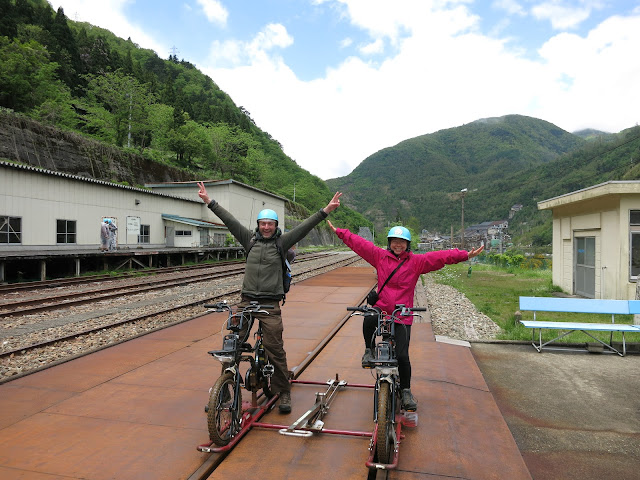 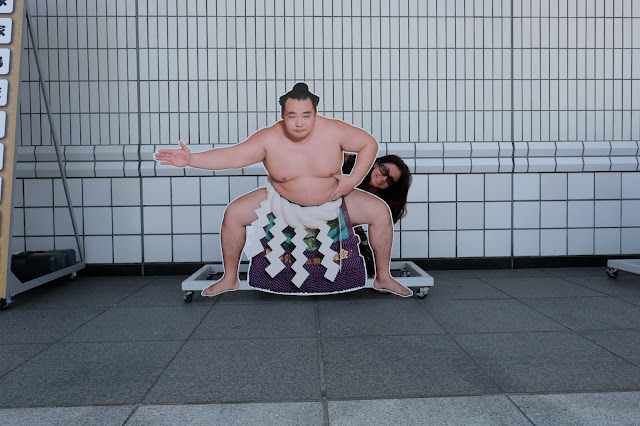 Wow! I've obviously experienced quite a bunch of stuff good enough for a book! And I slowly start to comprehend the reason behind the ever-growing gigabytes of pictures.

It’s been already over a week in the Philippines—the first holiday island and a reunion party with sharks and other marine critters left behind us with a sunburned neck as a souvenir.

When we landed in Cebu City, being back to the real world shocked me. Chaos, hot and humid weather, noise pollution, noisy air-condition, and being treated as a cash cow got me that I felt homesick for the first time. But luckily it didn't last long. Latest by the time I hugged the sharks in Malapascua, it was over. Apart from the reef sharks, lobsters, seahorses, mandarin fish mating at sunset among other critters, I also got to see the Thresher sharks, for what the island is renowned. 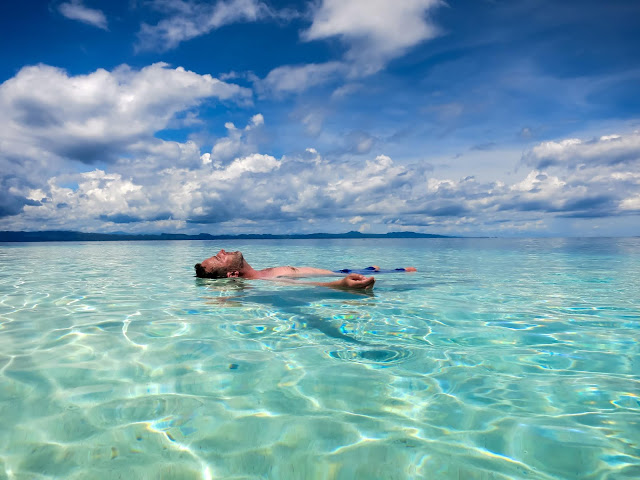 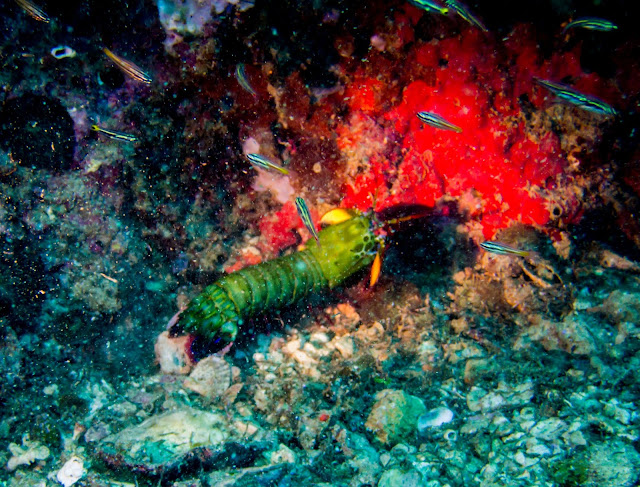 In an attempt to avoid sun and sea for a while, I'm taking the opportunity to publish this first round-up post from our top-notch bungalow in Panglao, Bohol, where we will stay for about two weeks. I can't wait to explore the island above and under water!

While a lifelong dream becoming a reality looks amazing on paper, and in many ways it is amazing, it has also some downsides. Here are five kinda major things to note so far:

That's all for now. I won't be going into the financial details on a quarterly basis. I'll just let you know what make of car we wouldn't be able to afford at the end of the year.


As always, remember to check my social media accounts for frequent updates through @earthmaho and Facebook. You can also check our route and whereabouts on this MAP that I keep updated along the way.

So long, see you next time!