Edit
Okay, okay it's certainly exaggerated to call this brand-new blog section "Hell", but it just fits the bill so well :) Luckily nothing really bad has happened (yet) on my travels, but it's also a no-brainer that not every moment on the road is just sunshine and roses. We all build up a trip in our minds, only to find it’s not like the brochures. Thus to avoid this pitfall, I'll be listing the places and experiences that did not live up to the hype, which may help you make up your own mind.

This is a living page, so don't forget to check back again soon!

Aran Islands, The Republic of Ireland

Some locations are simply marketing wonders, and Inishmore, the largest of the Aran Islands in the Republic of Ireland is one of them. A highly overrated tourist attraction, in my opinion not worth the time and money spent at all. It can be visited as a day trip from Galway City, which will first cost you 32 Euros return for the ferry and coach. And then when you arrive on the barren island, you'll either have to hire a bike or book a bus/horse-drawn carriage tour of the island (as of April 2017, each 10 EUR per person). Besides, you will have to pay an entrance fee for the only landmark on the island, Dún Aonghasa Castle ruins (it's a joke! Its walls have been reconstructed to a height of 6m resembling a stone fence, that's it). In the end, you'll spend 50 EUR per person and an entire day for absolutely nothing. Very well marketed to cover the high construction cost of the island's ferry port, but nothing worth is being offered in turn. Not even the 100m high cliffs could make the trip worthwhile. The island ranks first among all the disappointing places I've visited. 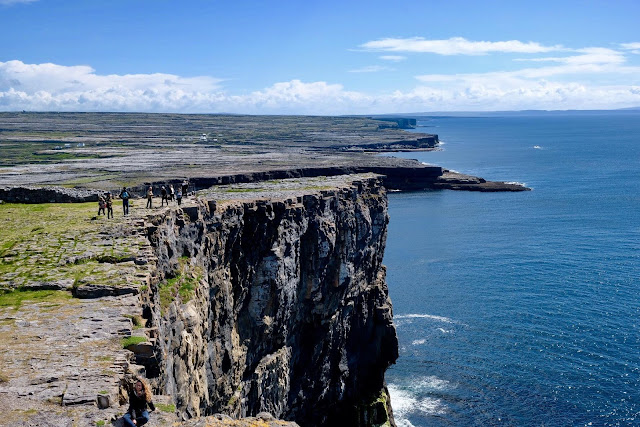 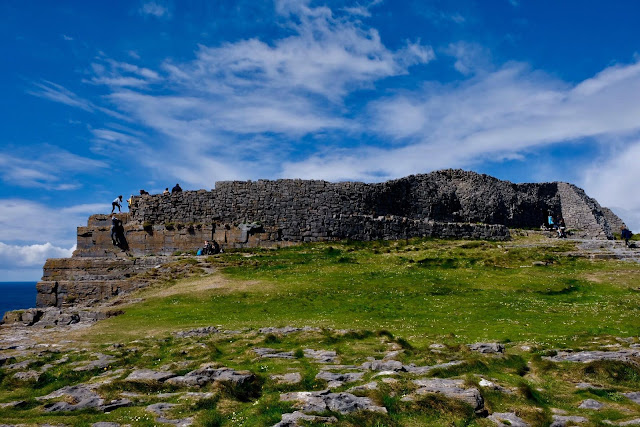 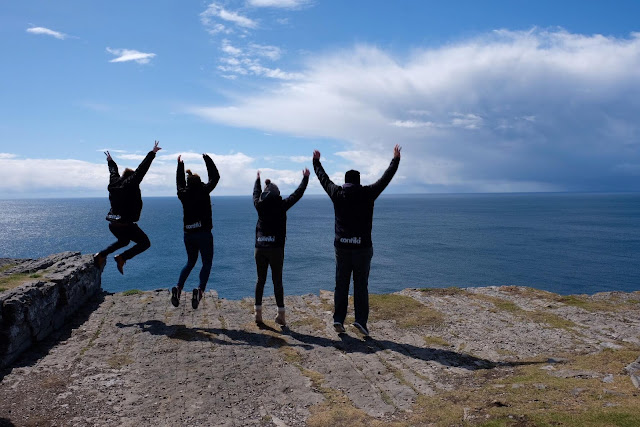 The Sedlec Ossuary (aka the Bone Church) in Kutna Hora to is a 13th century Roman catholic church, less than an hour train ride away from Prague, thus a popular tourist attraction. The remnants of more than 40000 people are neatly arranged into geometric shapes on this tiny chapel's grounds, but at times tourists outnumber the skulls here. Chances are quite high that you'll leave disappointed. 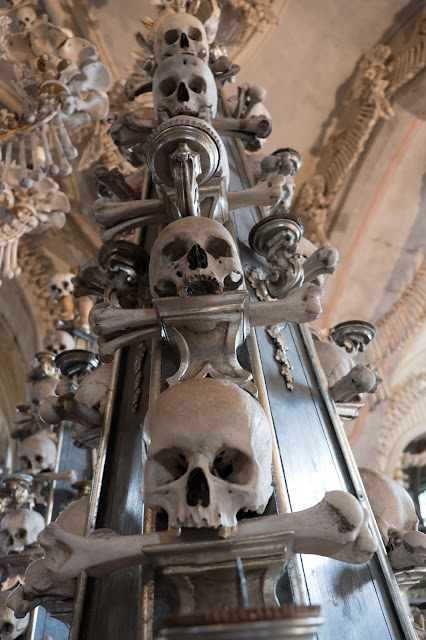 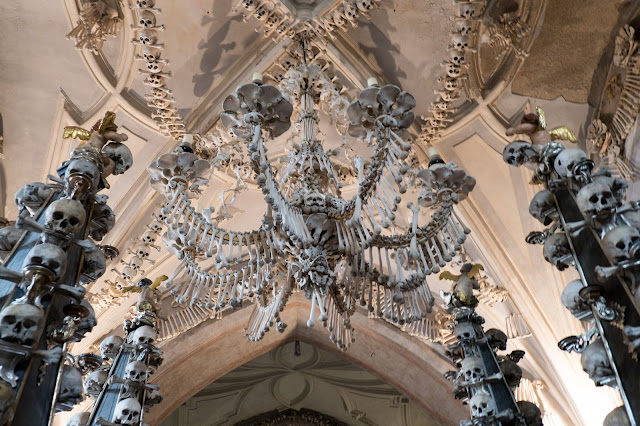 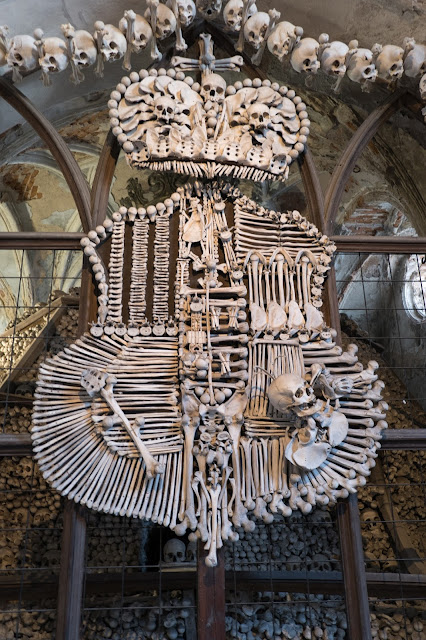 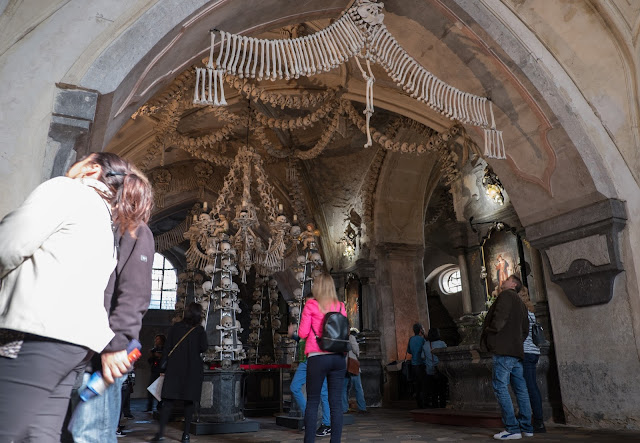 The Ancient City of Ephesus, Turkey

This UNESCO World Heritage site in Turkey, my home country, is pretty disappointing. There is almost nothing left from the ancient Ephesus, once the second largest city of the Roman Empire after Rome. The famous Library of Celsus is fully reconstructed, and as some of the excavated fragments had been bought by the museums, replicas were used instead (e.g. the statues of the Four Virtues—their originals are in the Museum of Art History in Vienna). The rest of ruins that are basically not worth to display in a museum are not well presented. As if the entrance fee were not expensive enough, for the most interesting part of the site (Terrace Houses) you have to pay an extra fee—summing up to 20 EUR in total, plus a fee for the (audio) guide if you need one. Even in the off-season, the site was quite touristy. My conclusion: It might be interesting to visit if you haven't been to the ancient sites in Italy, like Pompeii, otherwise, it's a plain disappointment. If you are really close by, you may want to give it a shot but set your expectations low. 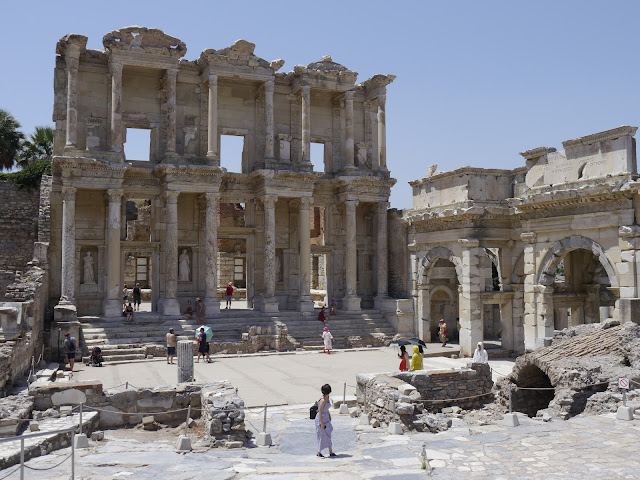 The Molens of Kinderdijk, The Netherlands

Kinderdijk, located 15 miles/24 km east of Rotterdam, is a UNESCO-listed site that features a network of 19 windmills. Admittedly, visiting UNESCO sites can be very much a hit and miss affair, and the windmills of Kinderdijk were for me not worth the effort of getting there by public transport. Well, obviously I was just too obsessed with seeing this site that I didn't mind traveling almost 2 hours each way. You may want stop by while passing through, but avoid the hassle of public transport or a detour. 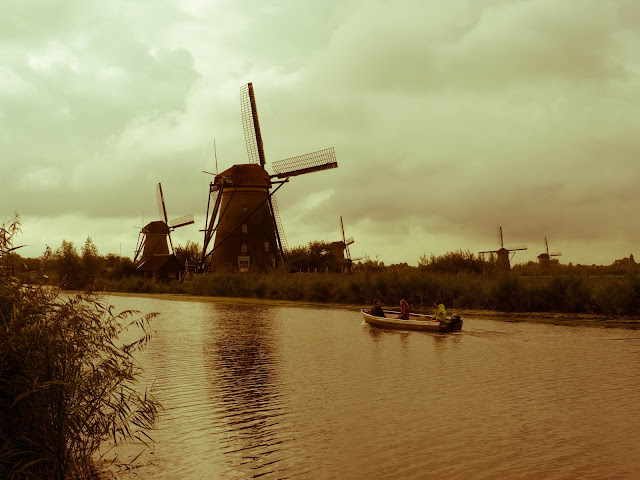 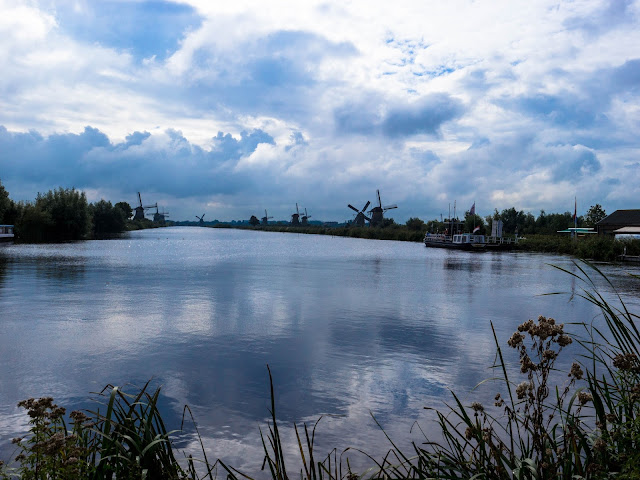 The Icebreaker Sampo is nothing more than another marketing wonder. The winter cruise operates in the northern Gulf of Bothnia out of Kemi in Finnish Lapland. For a small fortune that I wished I'd have invested in another activity, like second-time ice climbing or all day husky tour, all I got was a no-thrills cruise and a short ice swimming. 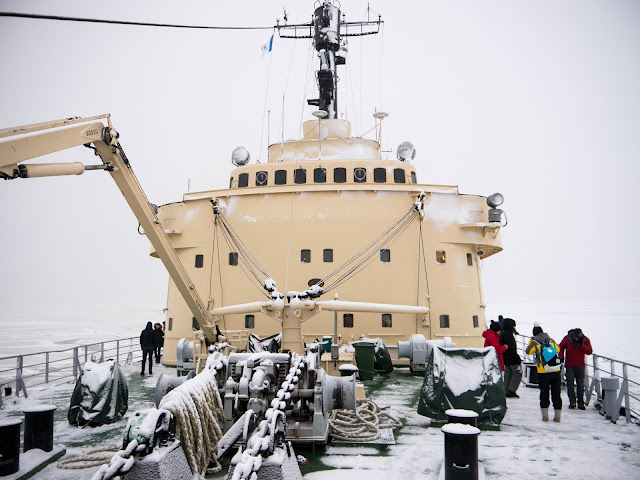 Given that Sampo cruises always on the same path back and forth, sometimes no new ice will form over night due to weather conditions. On our cruise day, not only the temperature was warm, around 0 °C, but also windy. So there was absolutely no ice to break on the route. We could just observe the already broken ice blocks being pushed sideways by the water movement. 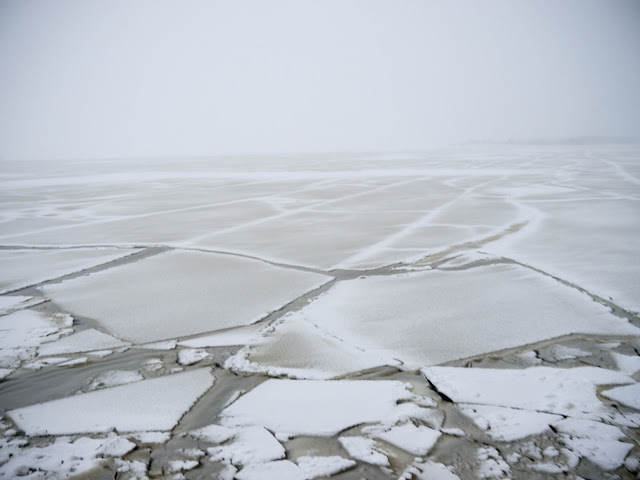 On that day, it was also not certain that we would be able to try the ice floating until the very last moment, because of the ice thickness likely not being safe enough to walk on. But then we were allowed to get onto the ice and float in the water only a couple of minutes due to the number of guests awaiting their turn. 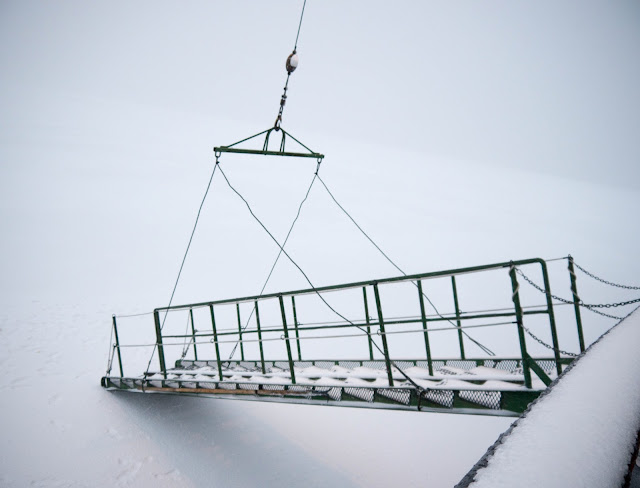 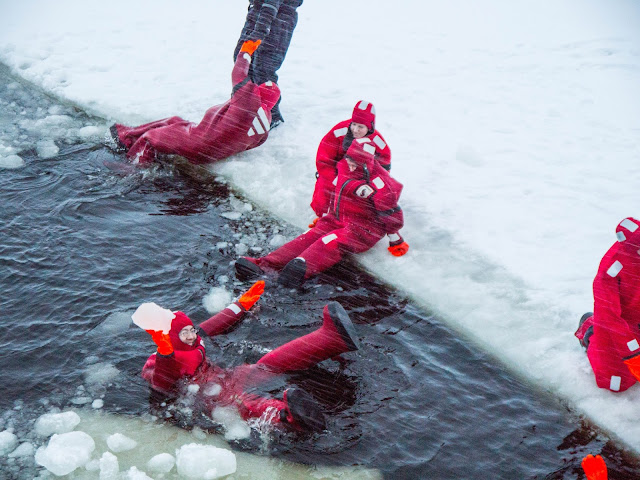 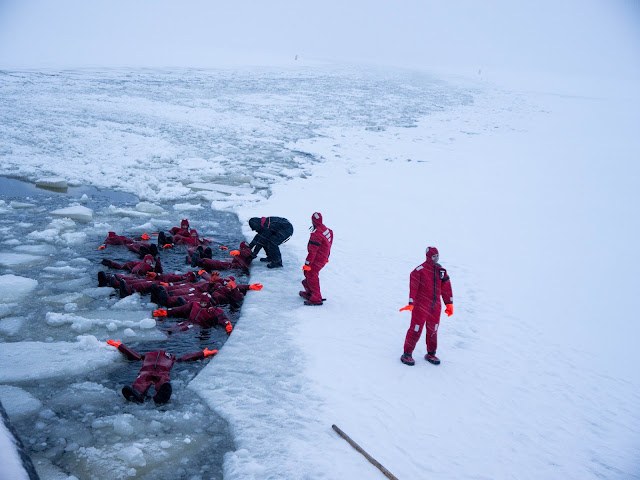 It seems that the tour operators are only interested in your money, as they don't cancel the cruise even if there is no ice to break. As you might appreciate, what is the clue being on an icebreaker if you can't see and hear the action and even cannot walk on the frozen sea? From their point of view, it was obvious: The ship was fully booked, and it just meant $$$$$ for them. In my opinion, they should be fair enough to cancel the cruise on such a day, or at least reduce the price. Nevertheless, even if the weather condition were perfect, I don't think I'd have felt it was worth the high price (270 EUR back in 2015). There are a lot of other activities that will leave you feeling more satisfied than cruising on Sampo. Well, unless getting a guide/tour in your native language and eating a soup in a seemingly noble atmosphere fulfills your expectations. 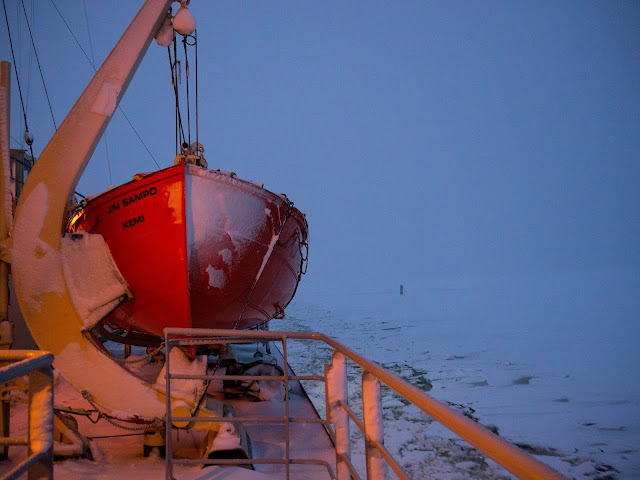 Actually, nothing is wrong with this activity if you are into fishing (or Finnish mediation :). For me, it was a bit too boring to sit all day long in front of a hole and patiently wait for something to happen. So boring that —following an action-packed day— I fell asleep during ice fishing :) Prior to booking the activity, I probably wanted to ensure that I would not only learn the basics of ice fishing but also do really catch one. And guess what? I did. I caught one! It was such a tiny perch fish that I released immediately without even taking a photo. Lucky fish, lucky me! 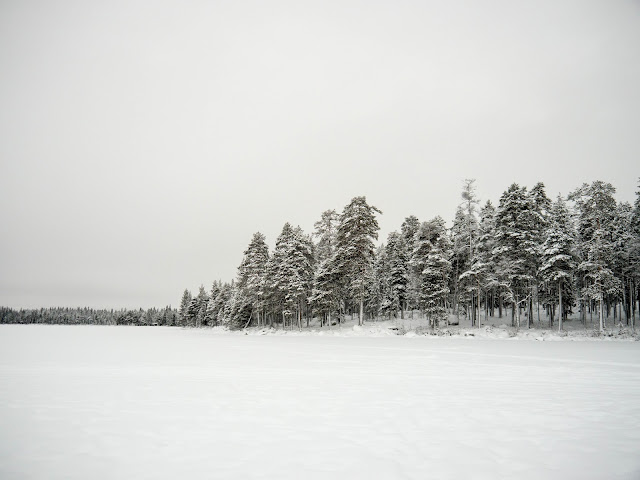 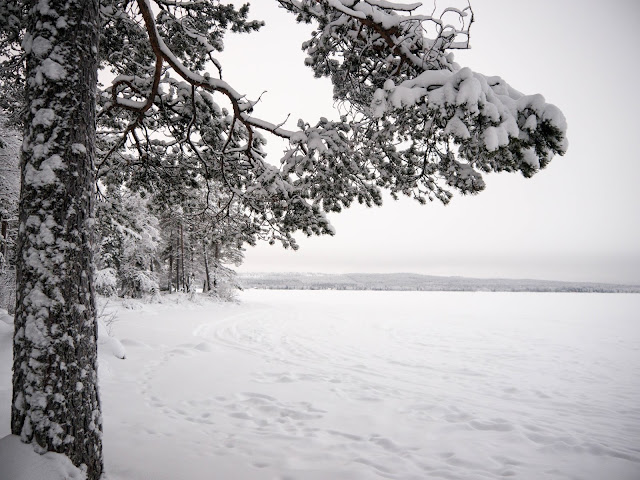 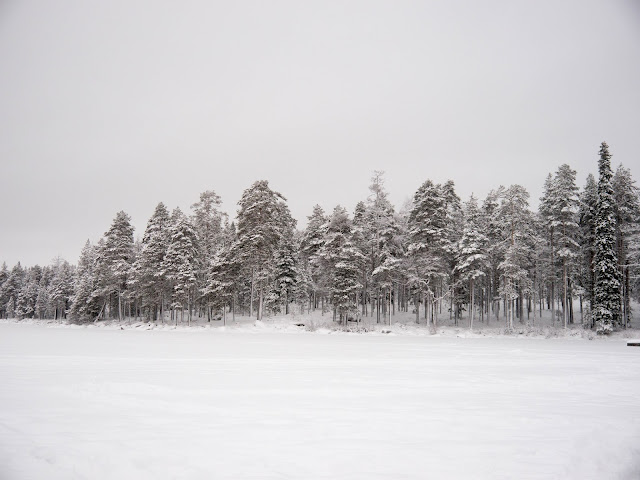