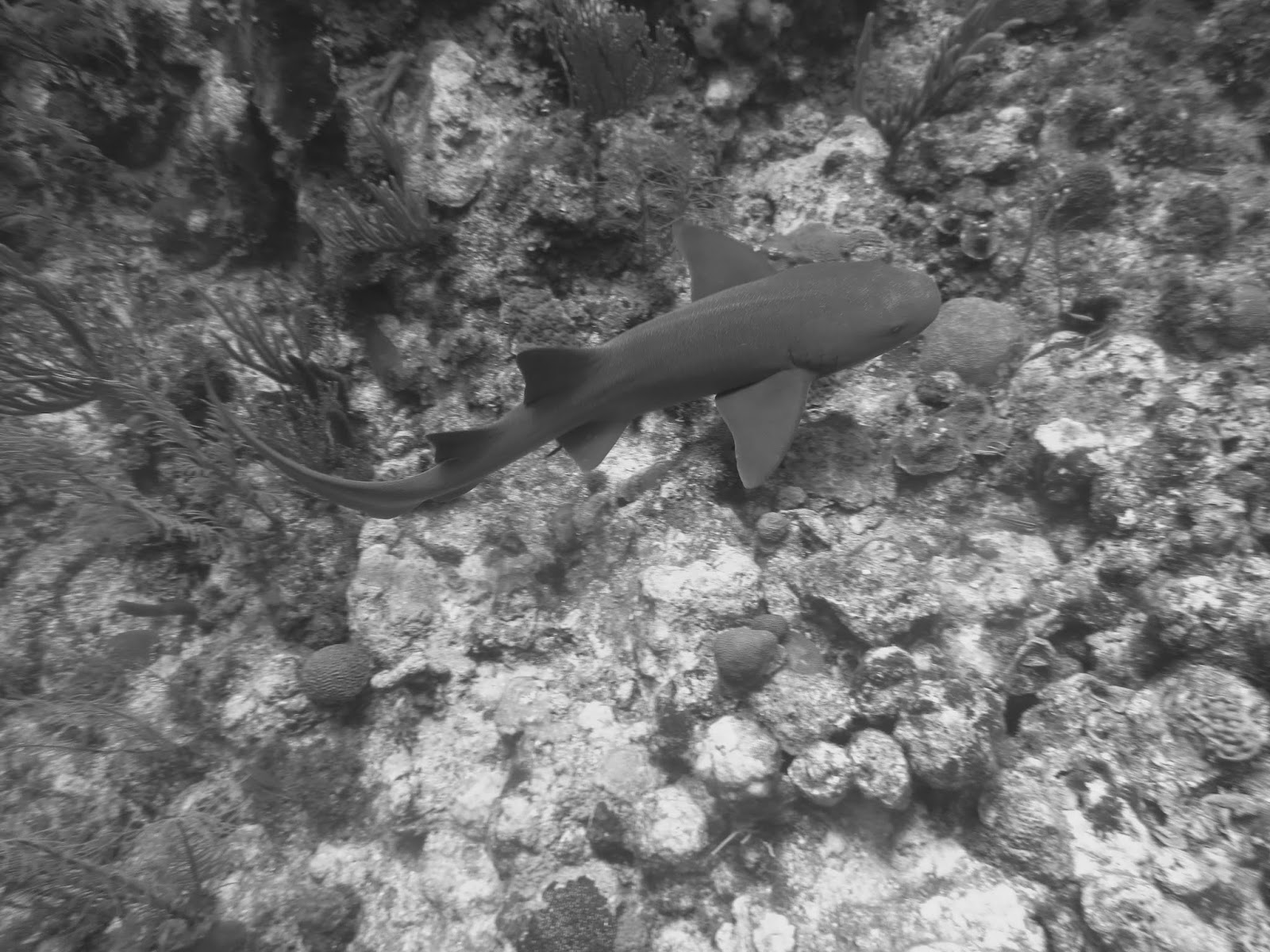 Belize is a tiny country squeezed between Mexico on the north, and Guatemala on the west and south. Although it lies geographically in Central America, Belize possesses a laid-back Caribbean flair thanks to the Caribbean Sea bordering the country to the east. 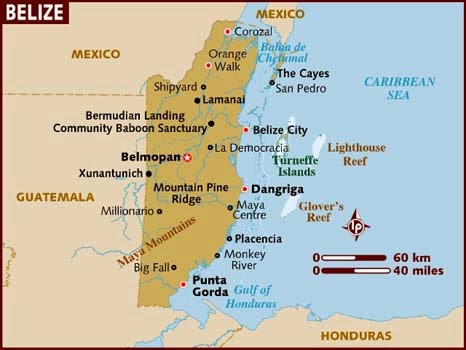 With its tropical jungles, exotic birds, Mayan ruins, endless beaches, aquamarine Caribbean Sea, and unique cultural diversity, Belize feels like the perfect paradise. As diverse as the country itself, many coral reefs, cays, and islands forming the Belize Reef System, the longest in the western hemisphere and the second longest in the world after the Great Barrier Reef, offer an amazing marine life for divers and snorkelers. And this was the main reason of my visit to this little country: diving, diving, diving, snorkeling, relaxing, and more diving... 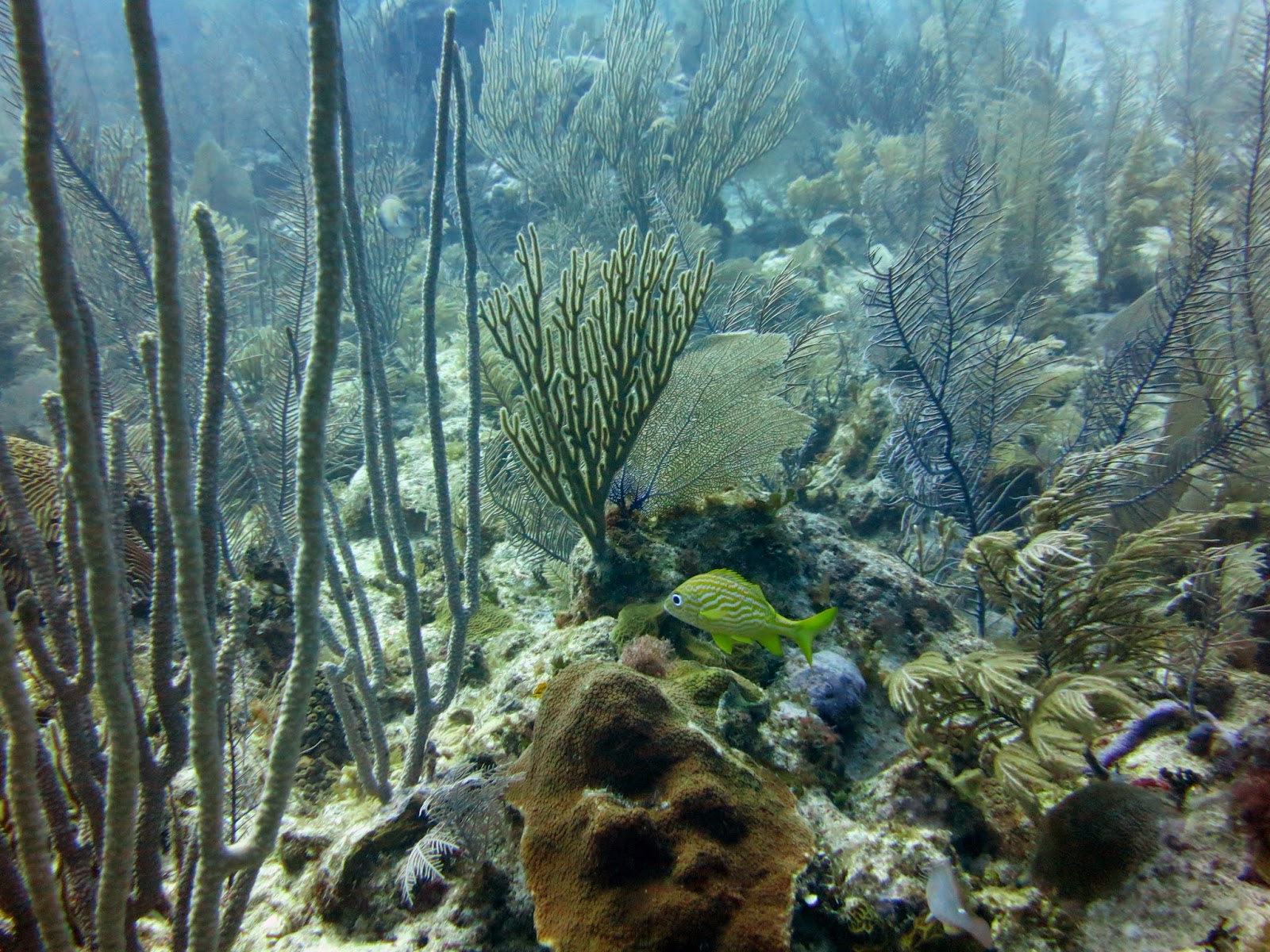 As the saying goes, "Good things come in small packages", I was not disappointed by any of the dive or snorkeling spots this small country has to offer. On the contrary, I was mesmerized by the thriving marine life, healthy corals, comprising but not limited to an amazing variety of sponges, tube corals, gorgonian fans, and other soft formations swinging with the current.

Like most budget travelers do, I based myself on Caye Caulker to indulge in Belize's underwater beauty. The small coral island (approx. 8 km by 1 km) was equally welcoming above and underwater from the first moment on. While above the water life will be the subject of another post, look at this guy below: 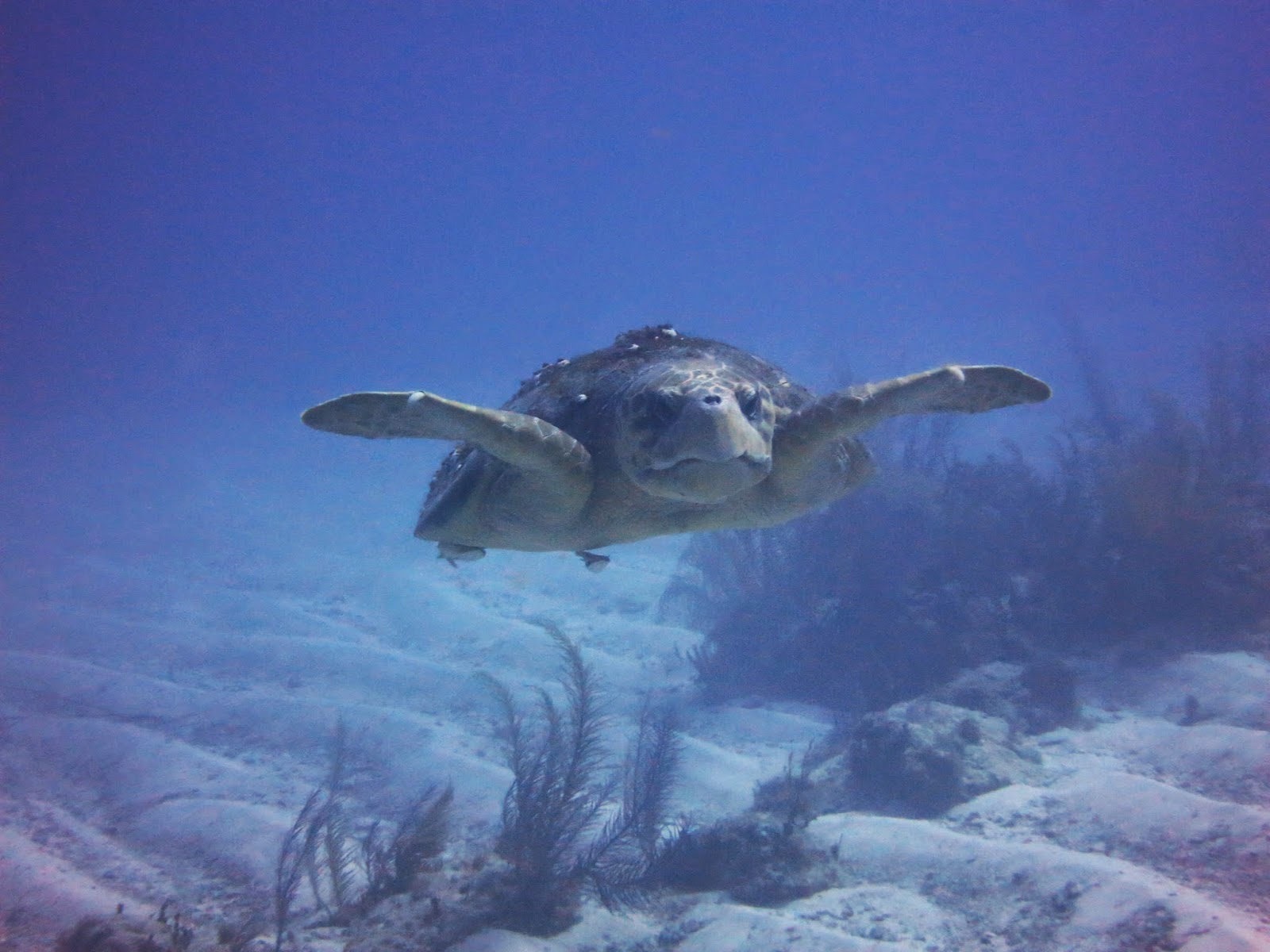 My old friend here greeted me during my first dive in Caye Caulker. He swam just a few centimeters above my head. As a bonus, he turned back and swam again towards us. It was an unforgettable thrilling welcome by such a big creature. Thank you dude! 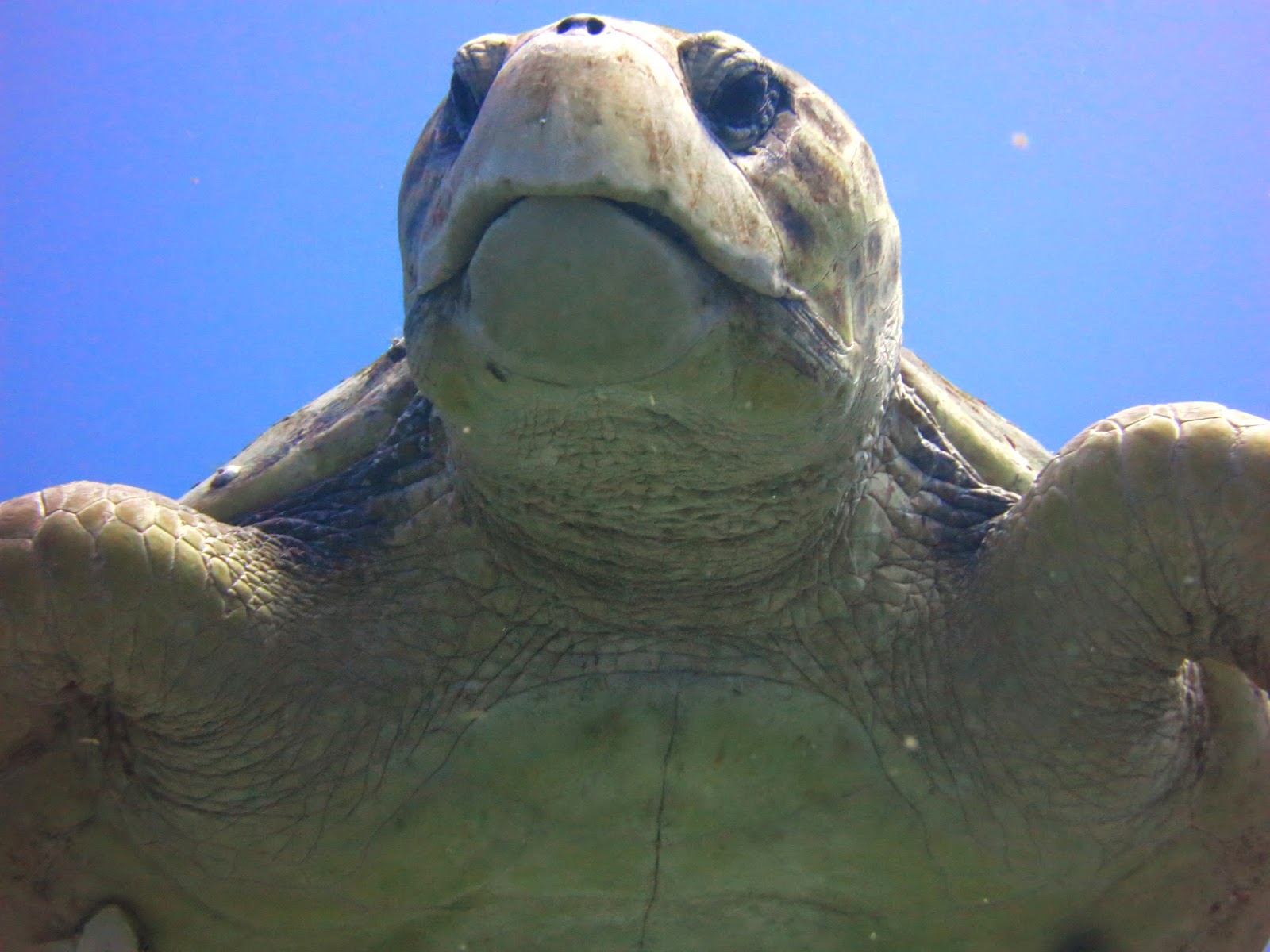 He does not look it, but he was pretty large: I thought he was half the size of me, but the buddy said he was bigger than me (admittedly, I am really petite, but still...)! 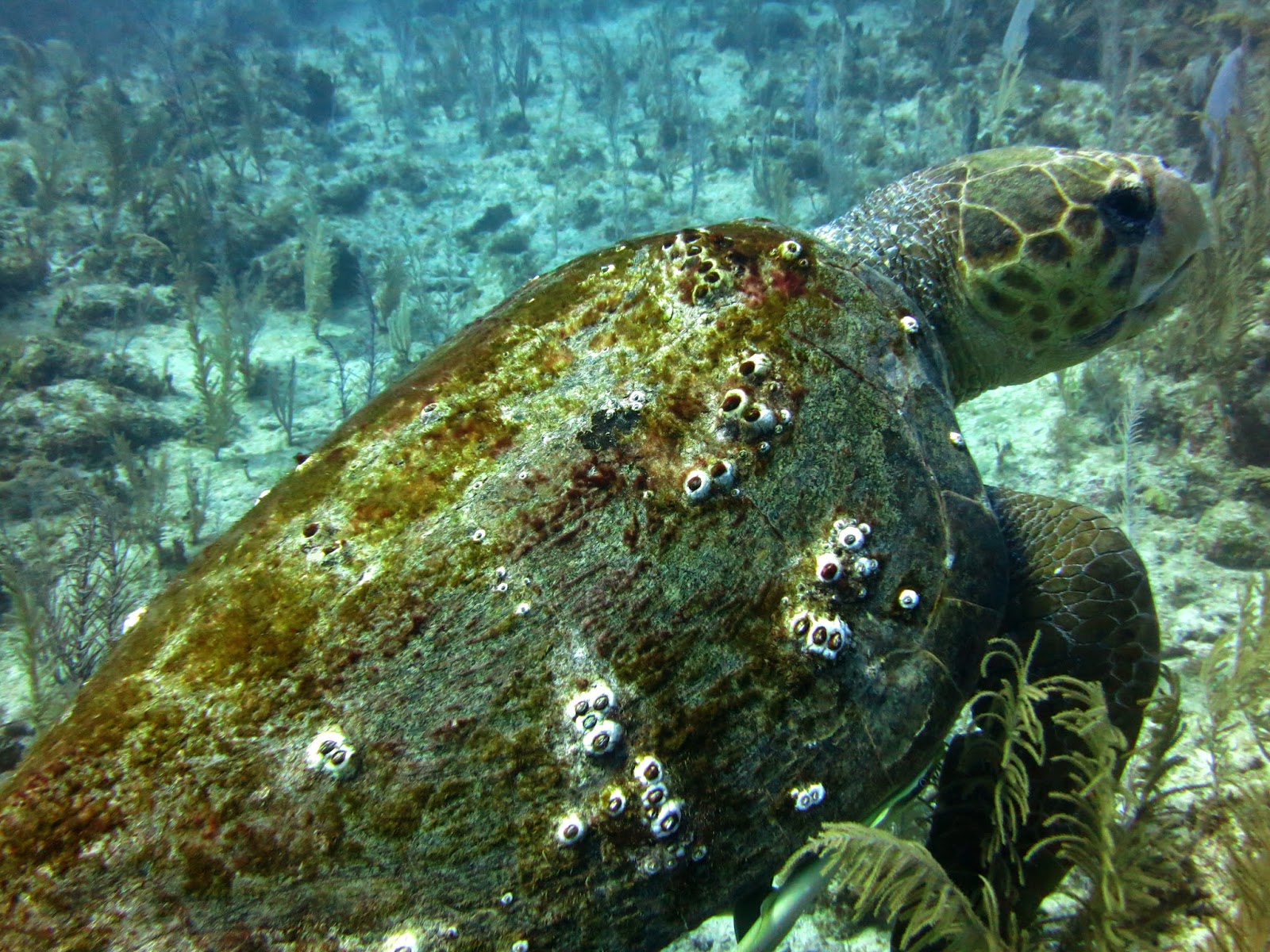 Not surprisingly, sea turtles are not the only species you can encounter in the waters of Belize. If you are lucky enough, you can see friendly sharks (mainly reef and nurse sharks), a variety of rays, larger barracudas, green moray eels, snappers, and many more during a single dive. I personally was not lucky enough to see them all in one dive, but every dive rewarded me with some special sightings. On the second dive-day for instance, moray eels and nurse sharks were on the agenda. 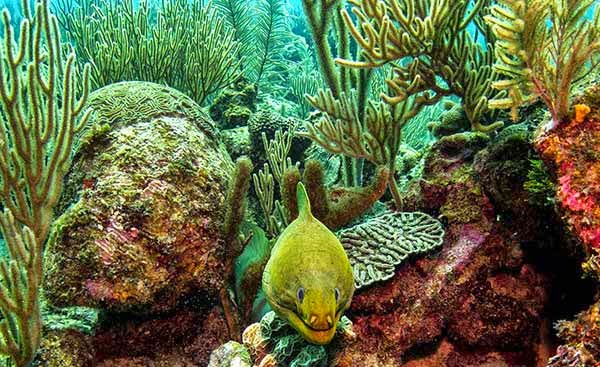 I saw at least three of these frightening morays at one spot. Of course, many nurse sharks of different size were hanging around too. 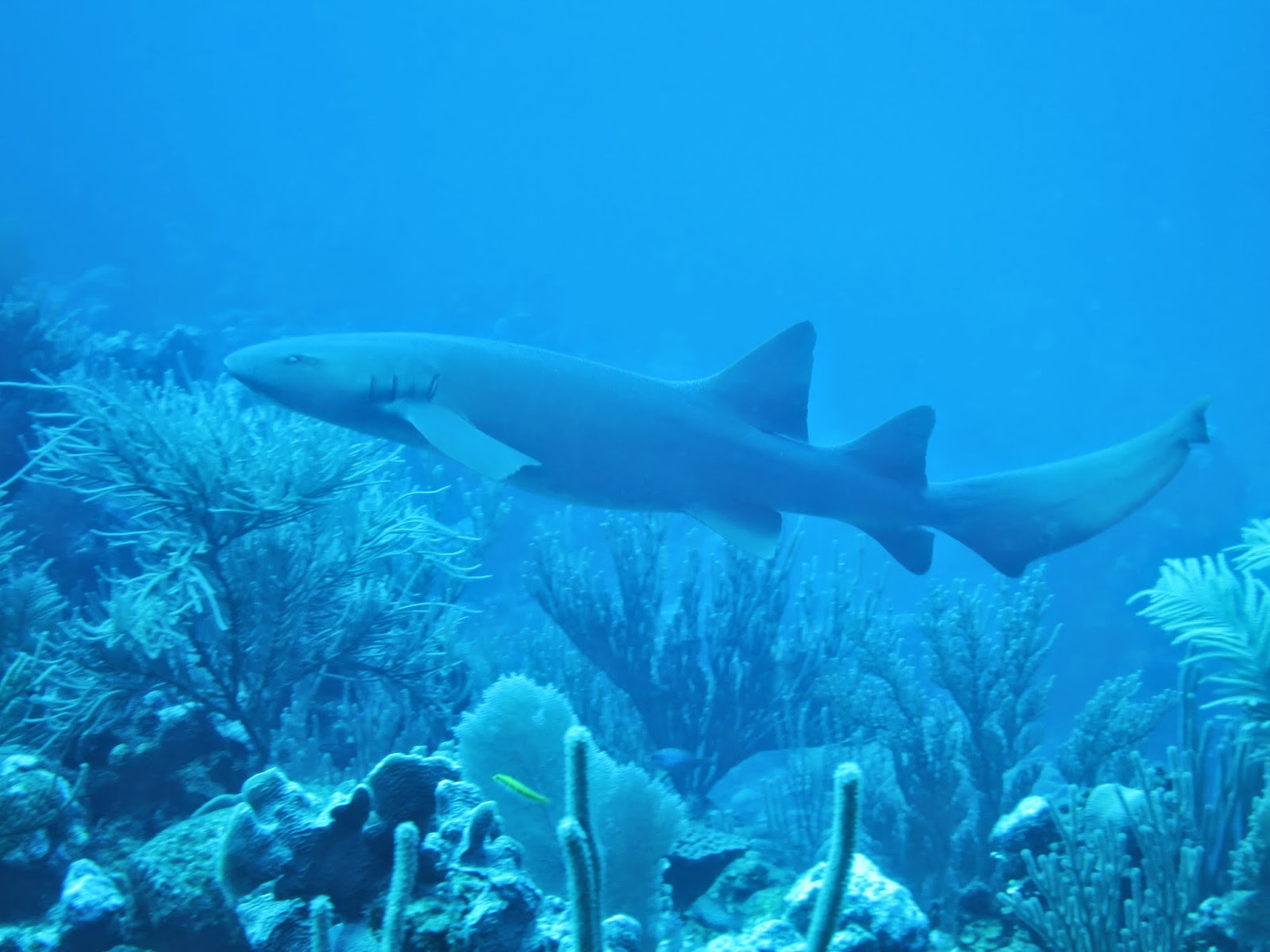 I know, it's just a nurse shark, but when you see a form like this at the edge of your vision, it gets your attention!

I can hardly name all the species and coral formations I admired during my nine dives including the Blue Hole, and a snorkeling day here in Belize. But there is one thing I must say: it was simply unbelizeable! Whilst I finish up the post about diving the famous Blue Hole, you may want to hop into this beautiful marine world. 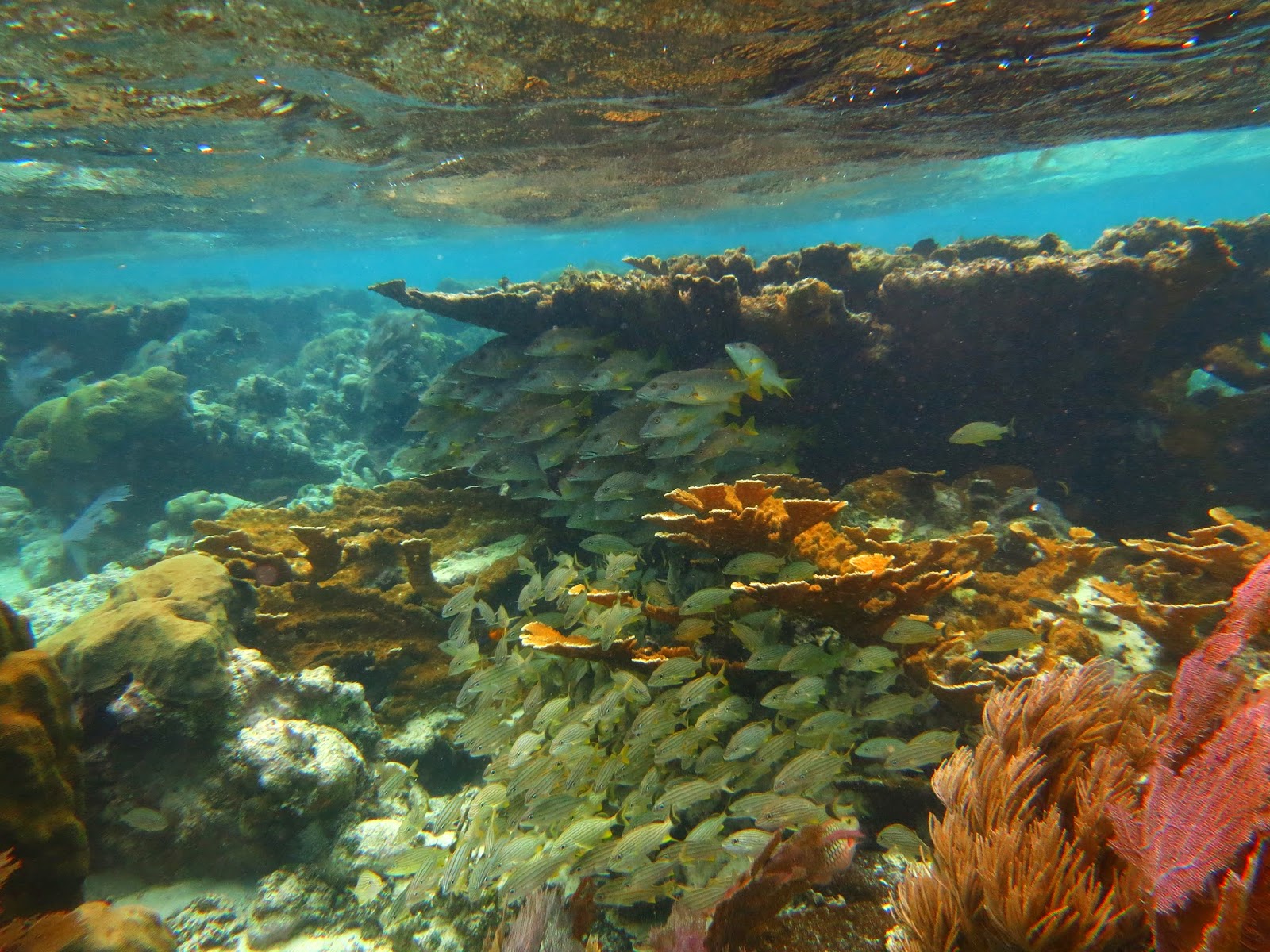 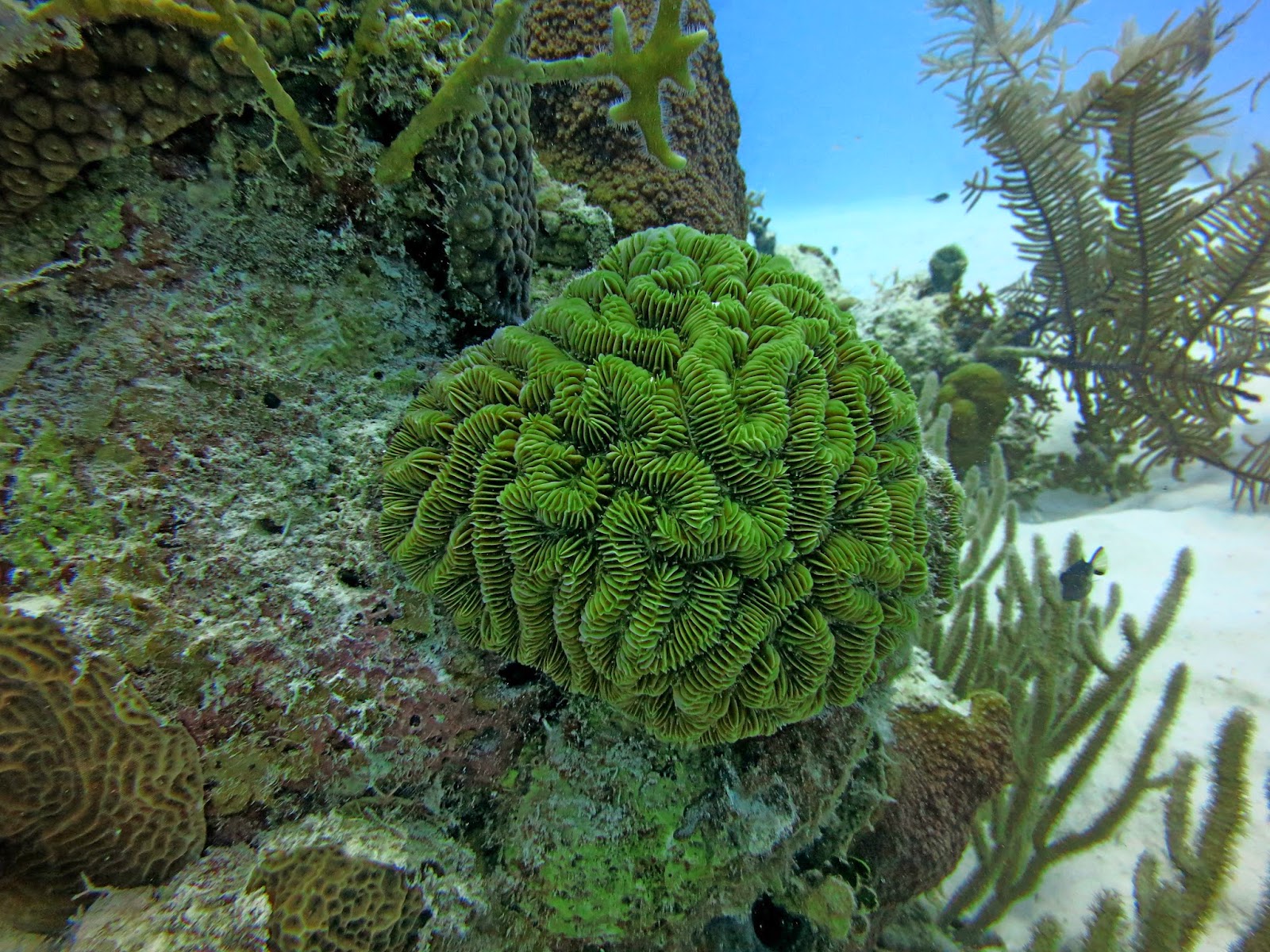 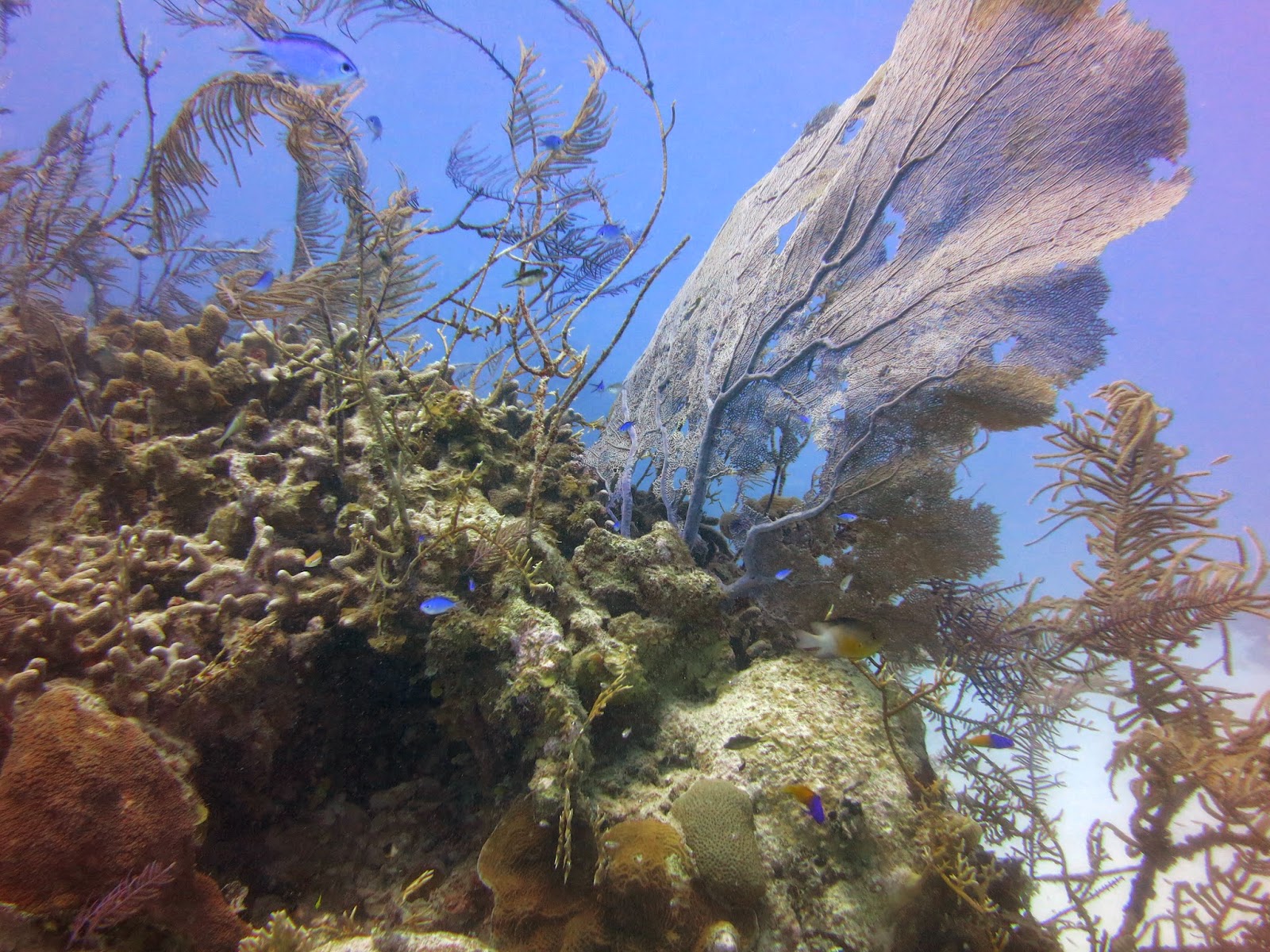 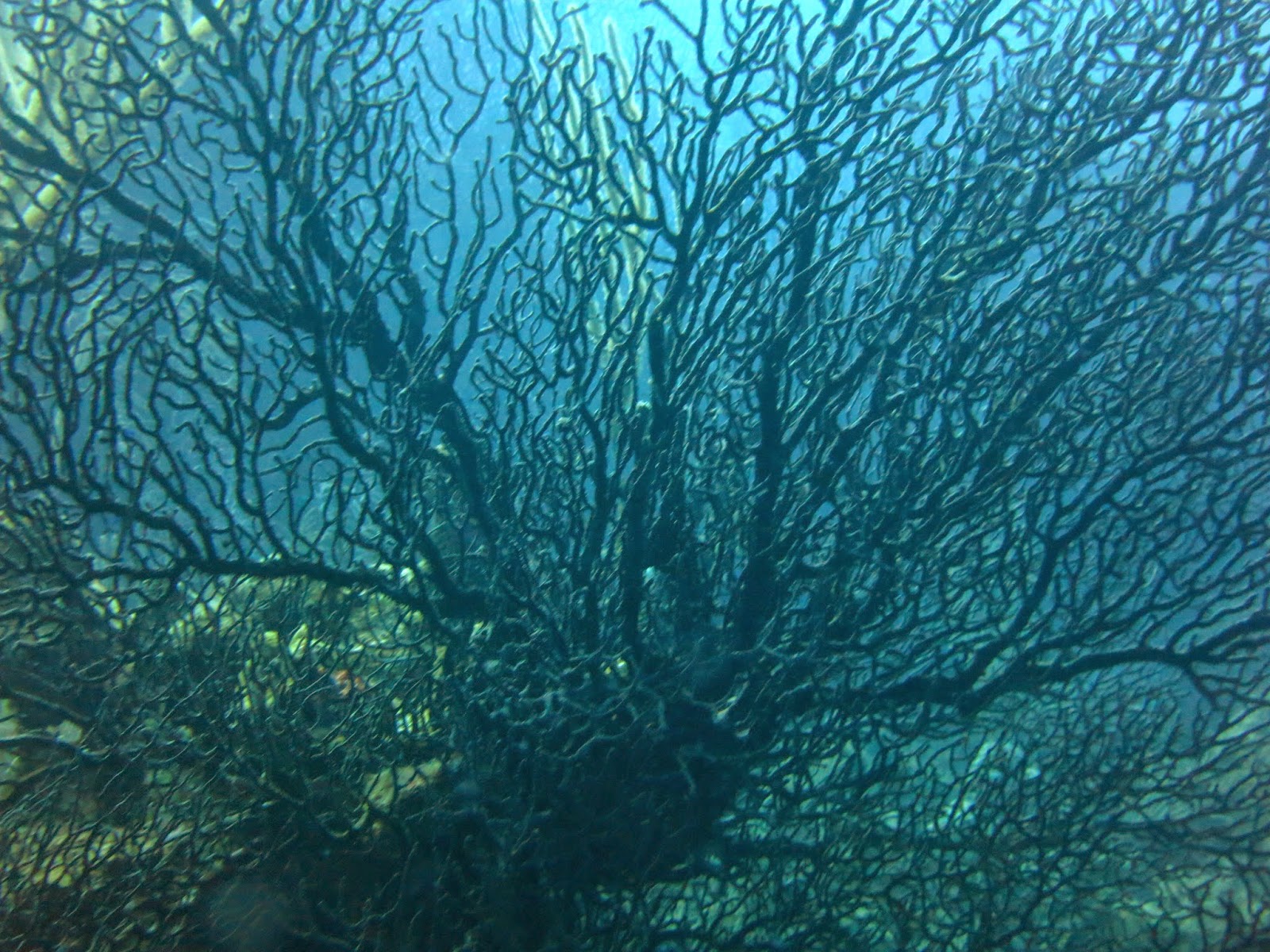 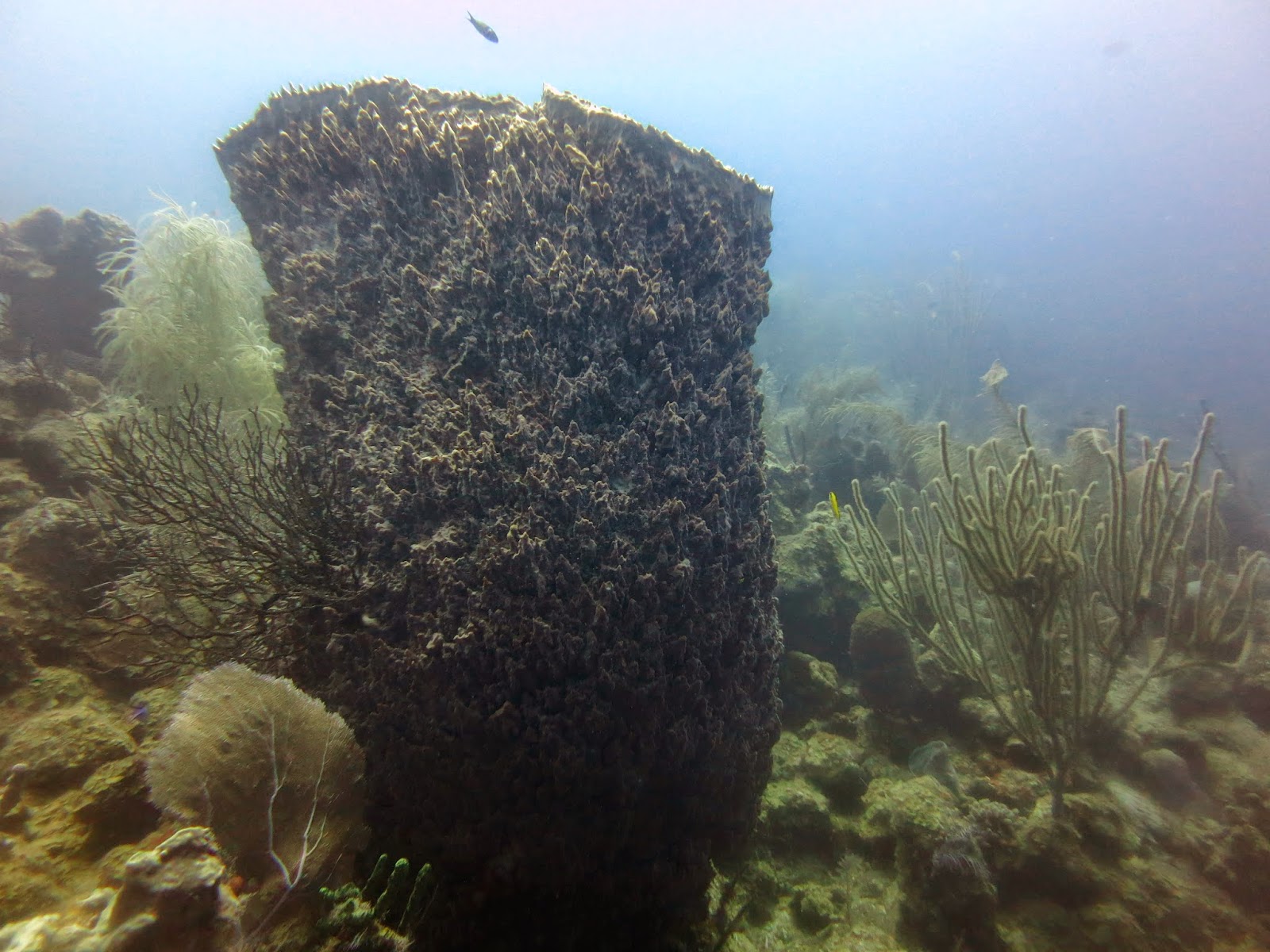 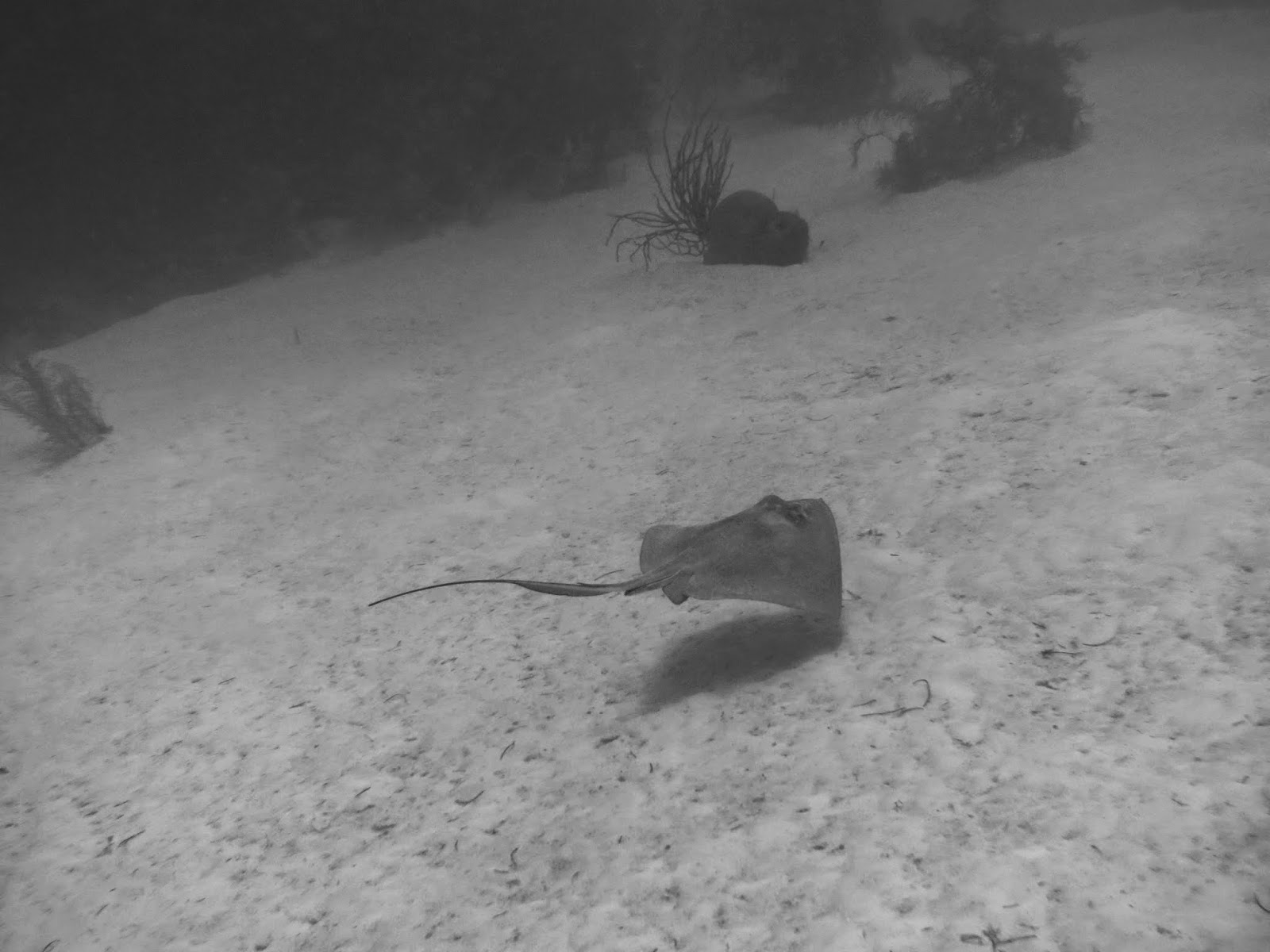 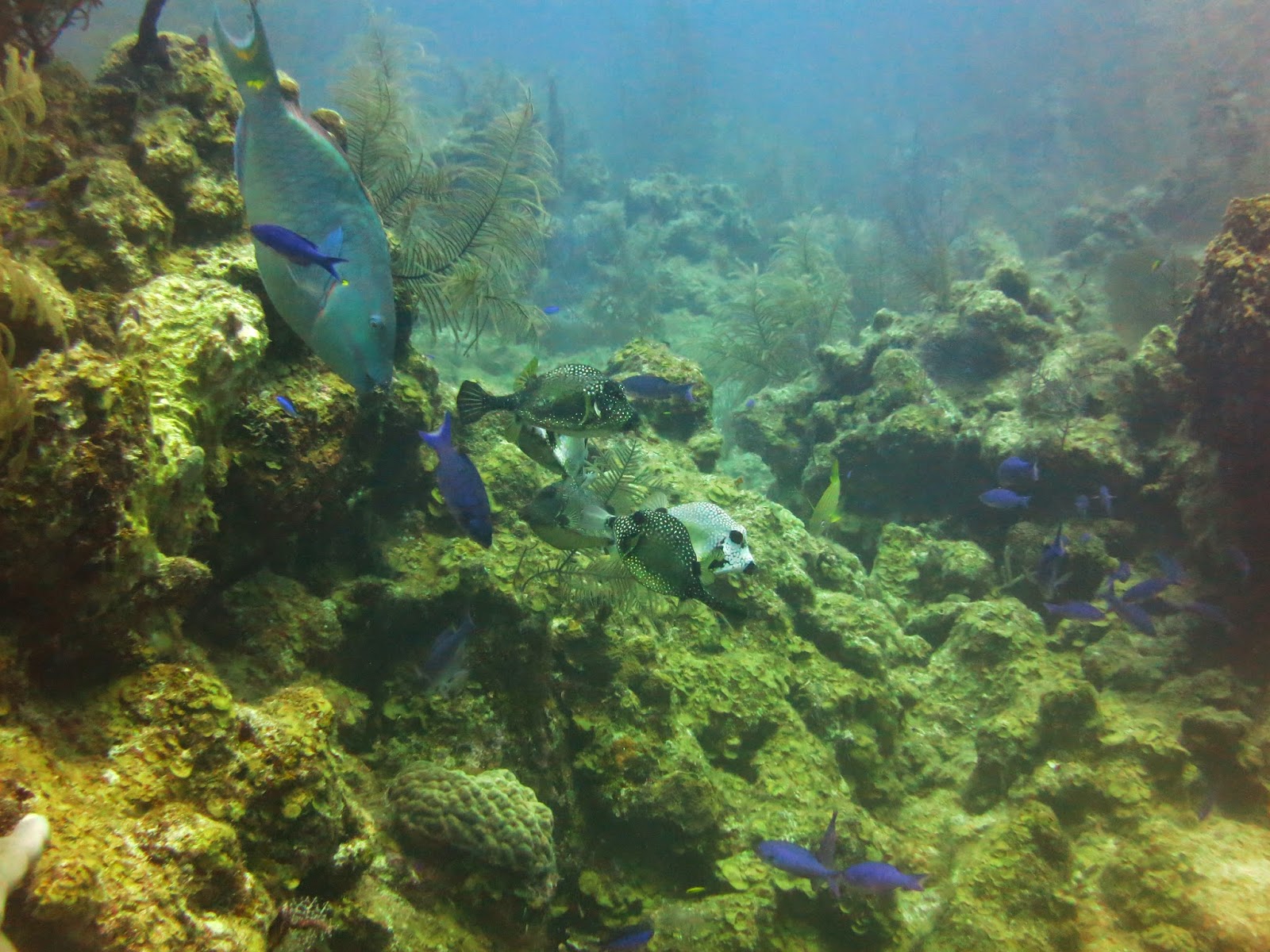 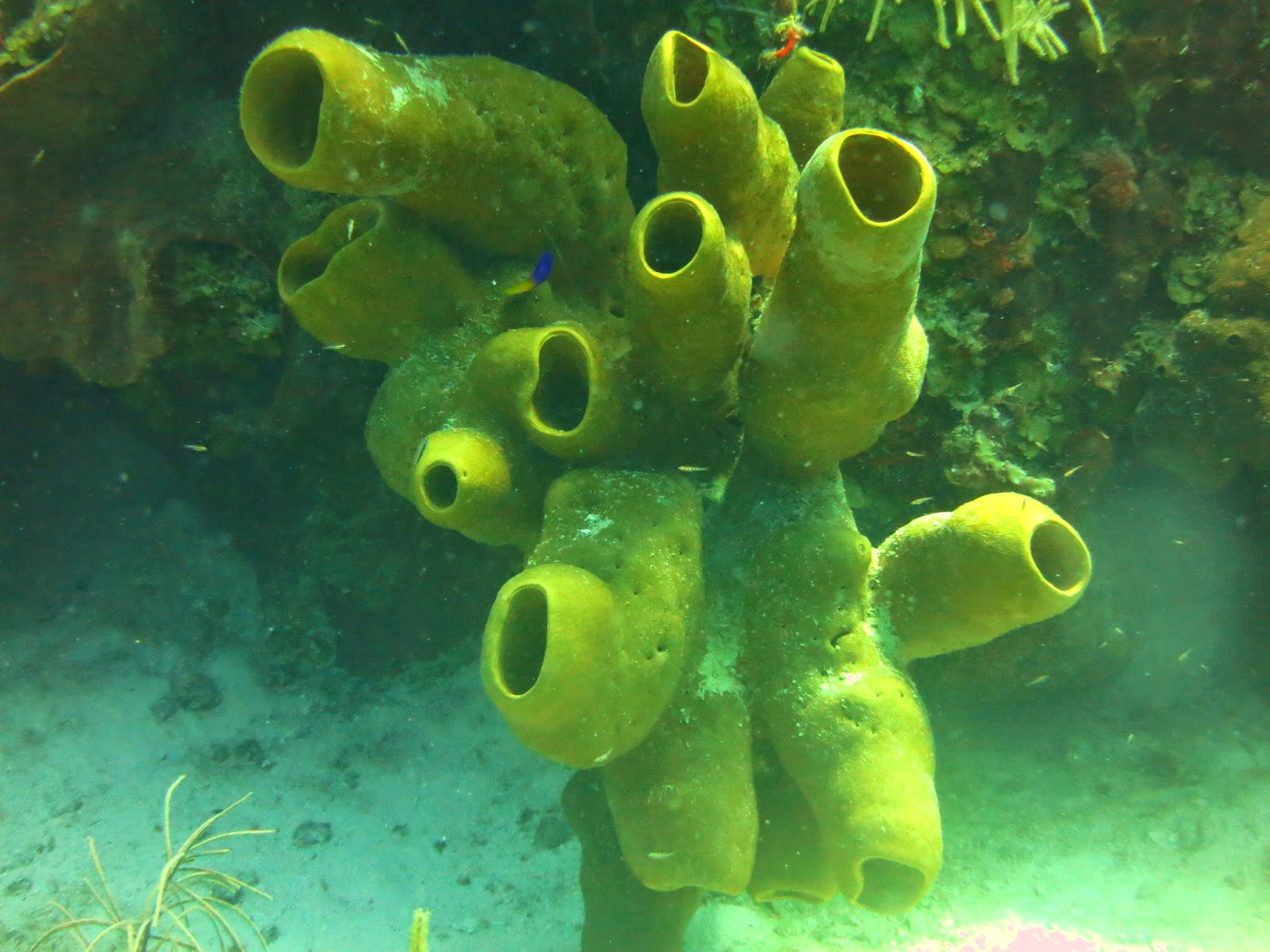 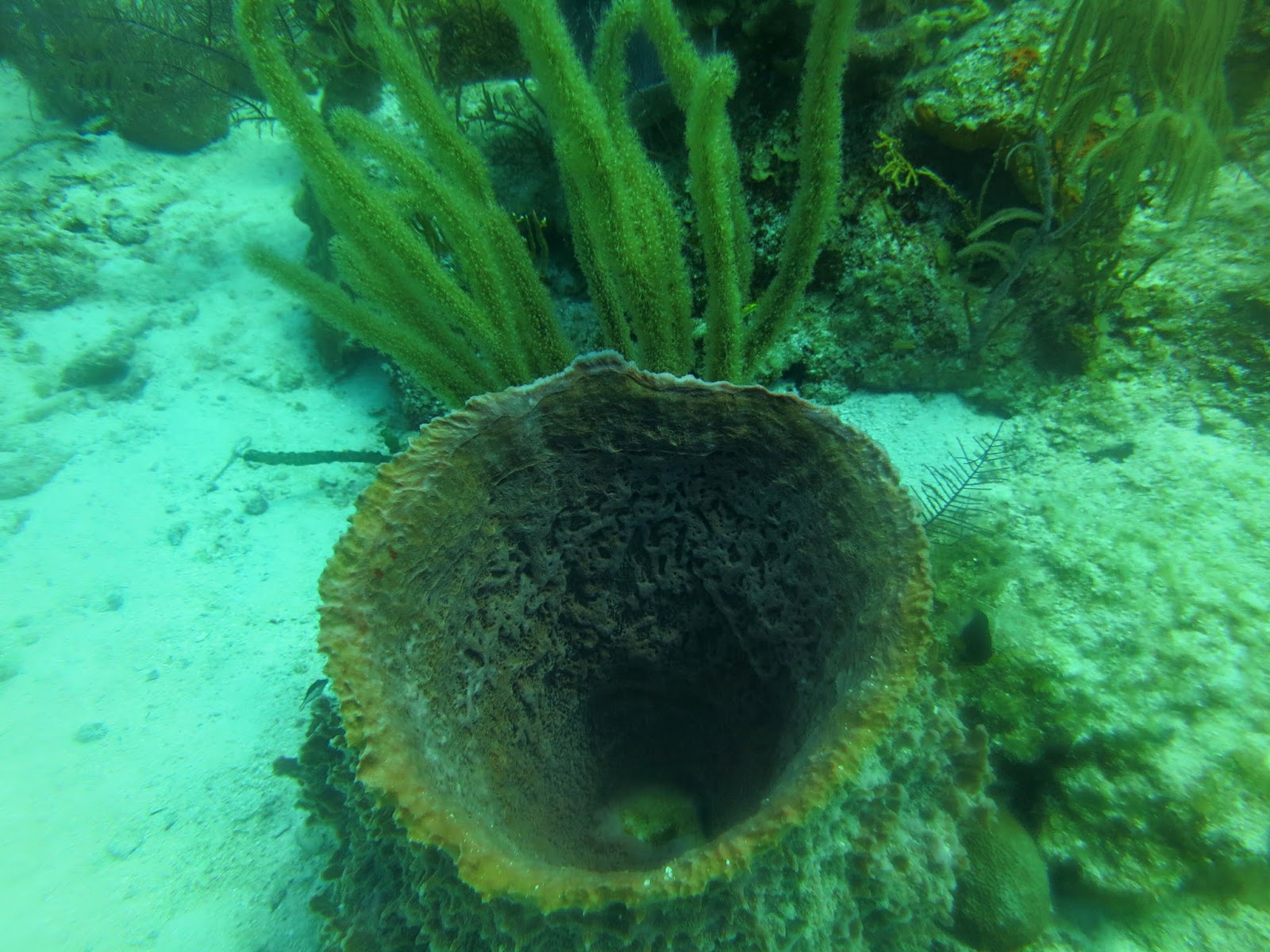 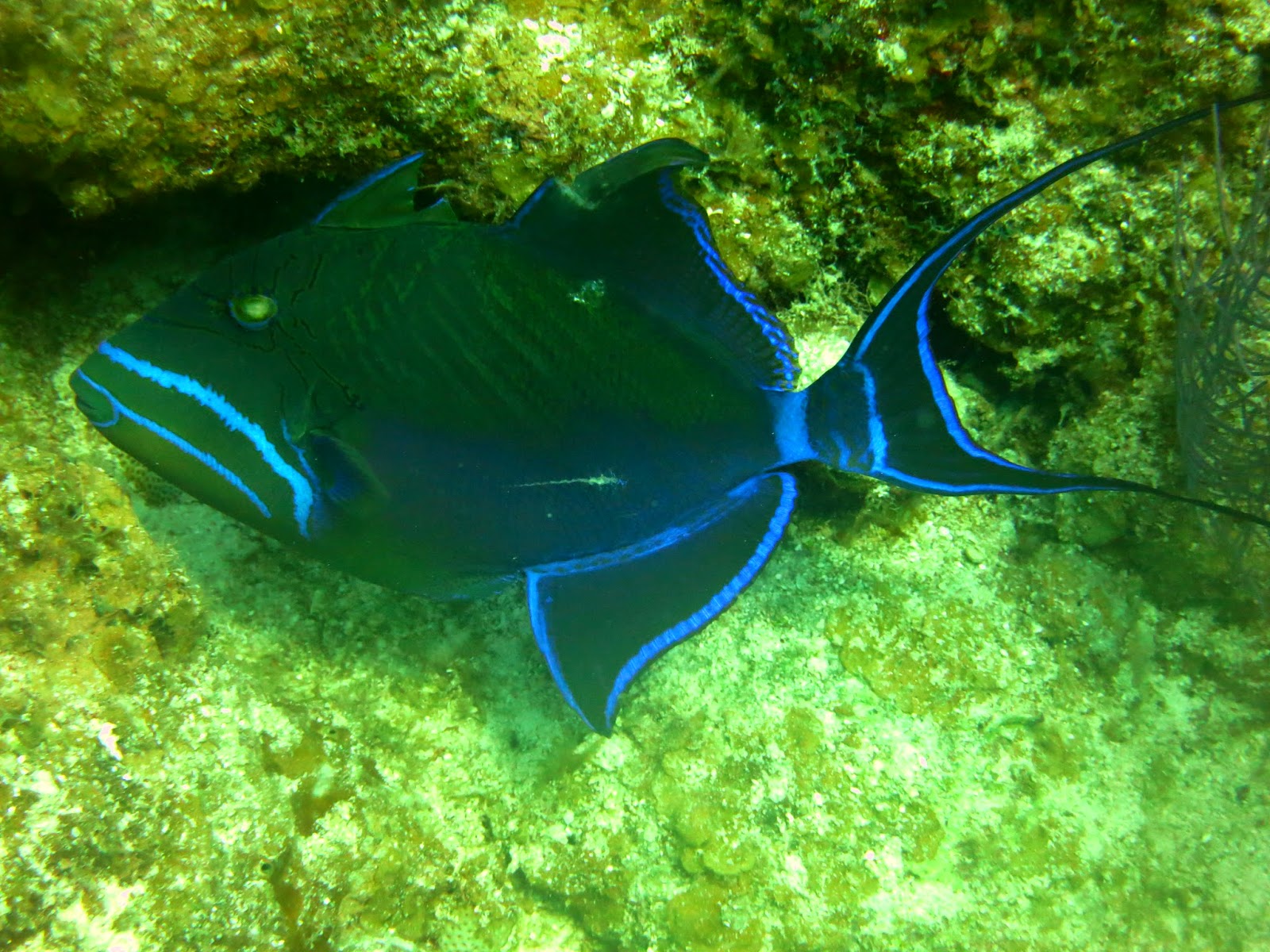 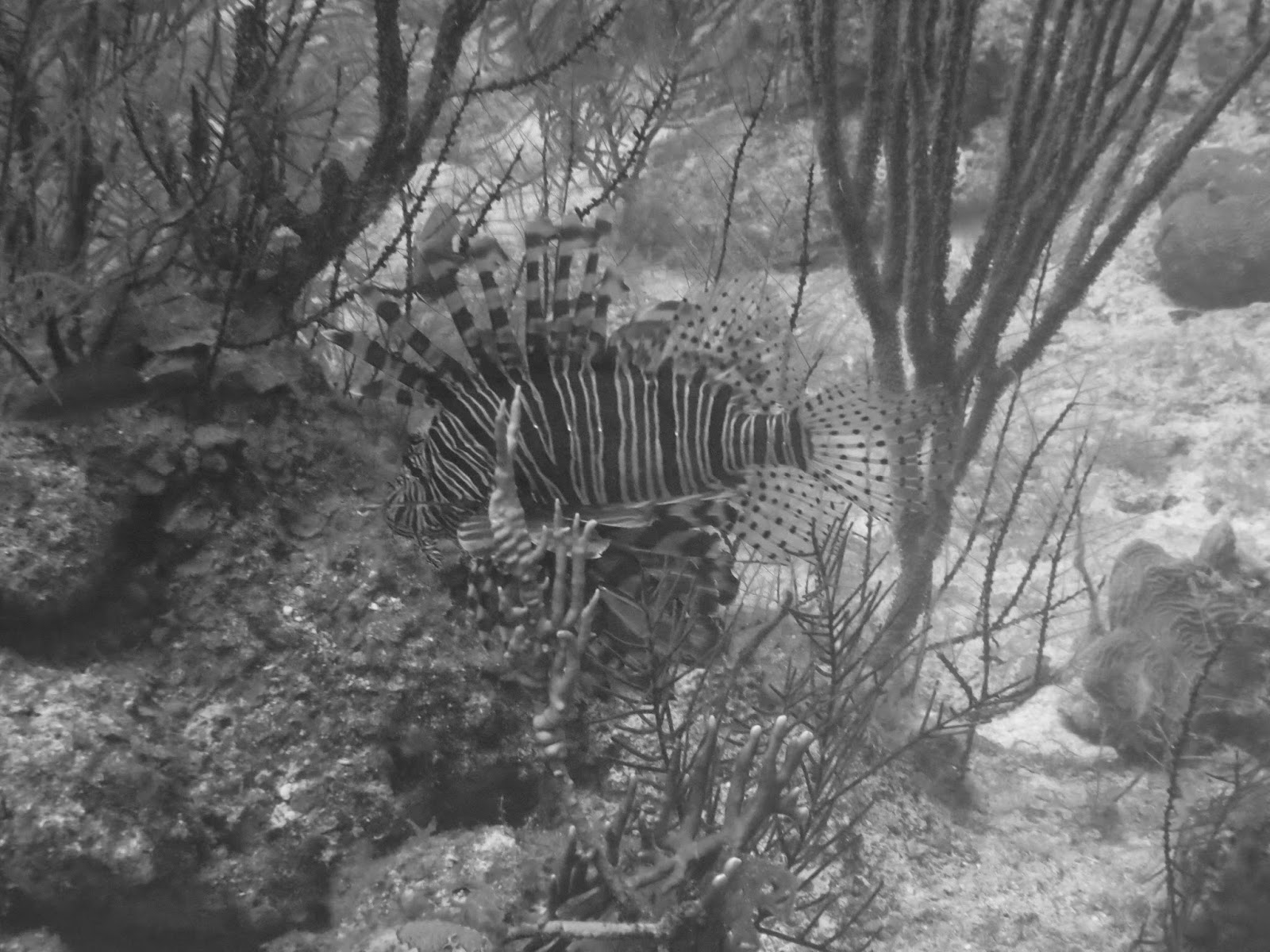 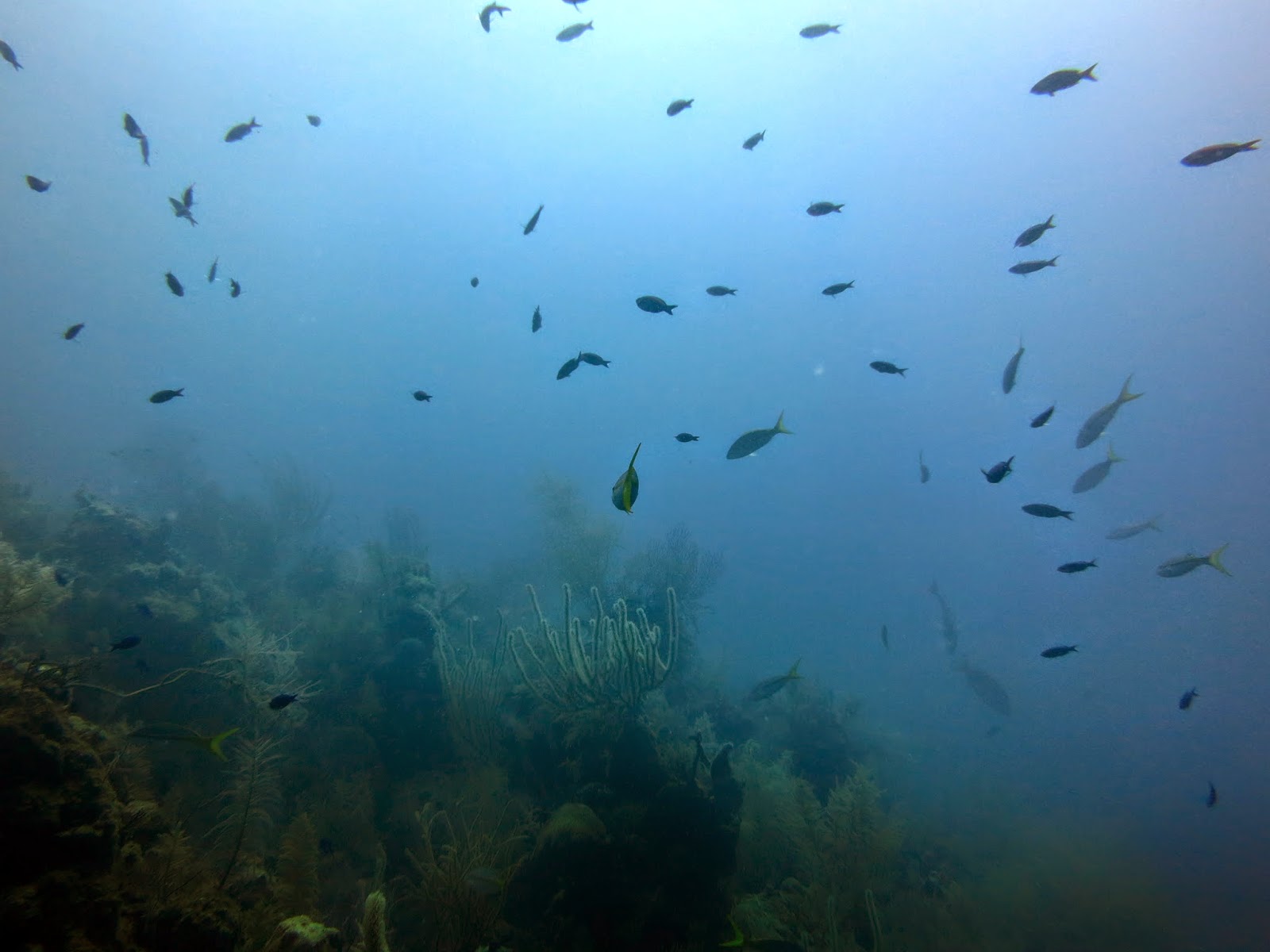