5/22/2016 Africa , Animal Encounters , Safari , Tanzania Edit
Tarangire National Park is a fantastic little park in northern Tanzania, often overshadowed by its more famous rivals, Serengeti and Ngorongoro. While small in comparison, it still manages to fit in a lot of big things in abundance. Elephants, baobab trees, and abandoned termite mounds to name a few make Tarangire one of the world’s unique wildlife reserves. 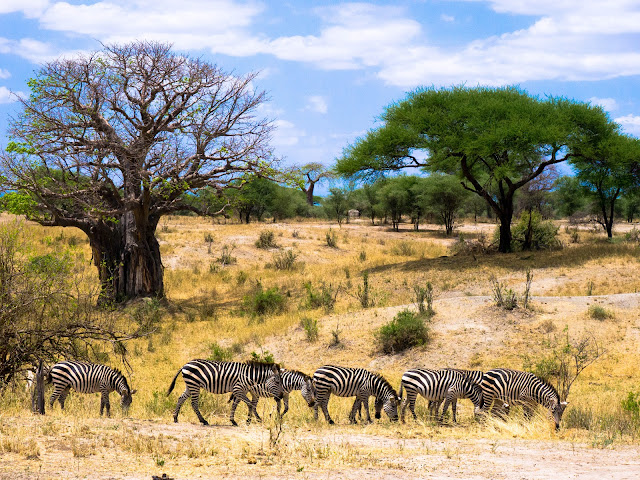 With large herds of iconic African animals congregating around water from June through October, a safari trip to this park is not to be missed. Here are five good reasons why.

Baobabs first capture the eye as you enter Tarangire National Park, and these majestic trees seem to dwarf the animals that feed beneath them. With barren branches that look like roots sticking up in the air and a trunk that can serve as a house, the baobab tree is magical and worthy of admiration. Leafless most of the year, the baobab looks exactly like a tree that is planted upside down. 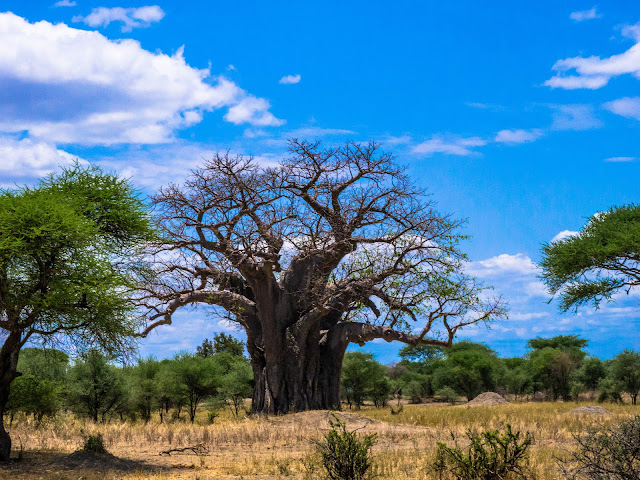 Many Africans have another story to tell about how the tree got its mysterious “upside down” shape, the one telling why its mouth now buried in the ground being my favorite:

"The baobab was among the first trees to appear on the land. Next came the slender, graceful palm tree. When the baobab saw the palm tree, it cried out that it wanted to be taller. Then the beautiful flame tree appeared with its red flowers and the baobab was envious for flower blossoms. When the baobab saw the magnificent fig tree, it prayed for fruit as well. The gods became angry with the tree and pulled it up by its roots, then replanted it upside down to shut it up."

The baobab is also called the "Tree of Life", and it's not hard to see why. Many animals feed on its leaves, flowers and fruits. People can make food, clothing, and medicine from it. The tree’s hollow trunk provides shelter for both wildlife and humans. Its thick, fire-resistant trunk is also a perfect rainwater storage reservoir.

No wonder that in the Disney movie "Lion King”, Rafiki and Simba often hung around this impressive tree of life! 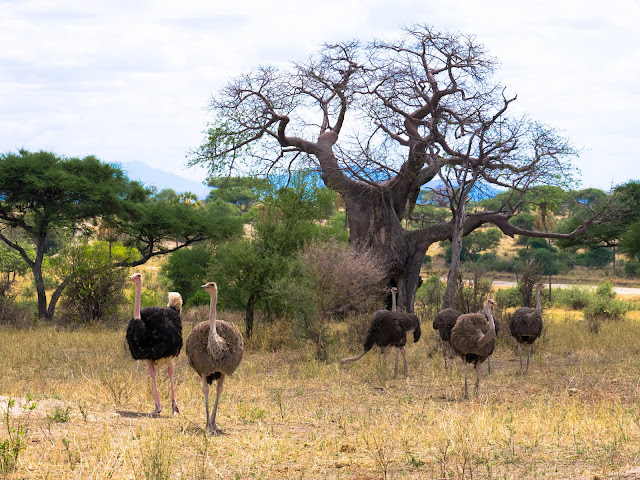 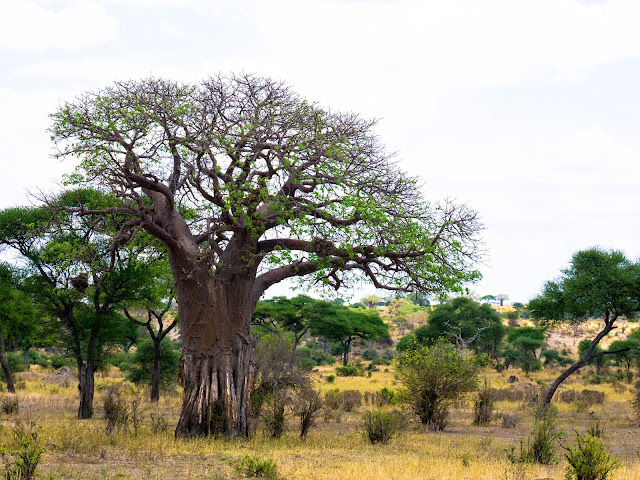 Tarangire is a wonderful place to observe and photograph the animals, but the wildlife tells only half the story here. The park's dynamic scenery consisting of savannah plains, vast swamps, scattered baobab and acacia trees truly make you feel in the heart of the African bush. No amount of words or pictures can do the landscape any justice, therefore I'm gonna keep silent before the Gods get angry. 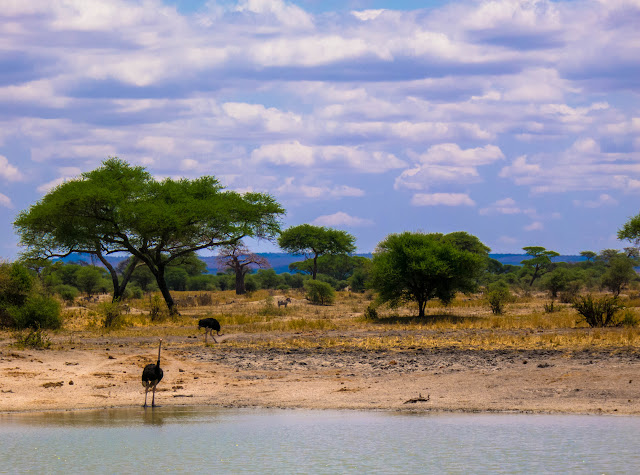 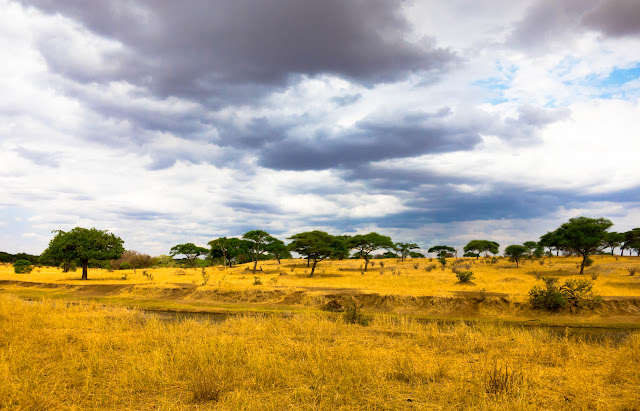 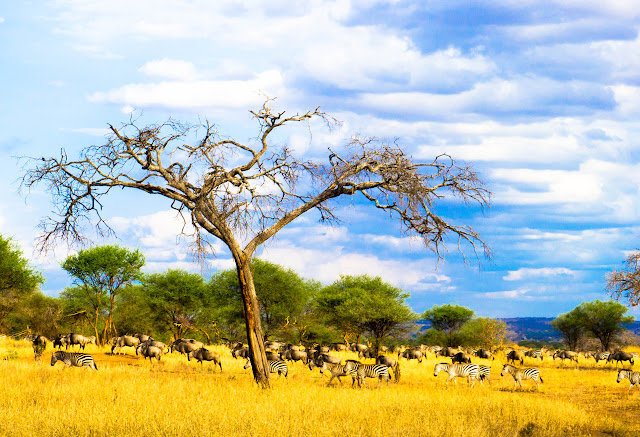 Tarangire has the highest concentration of wildlife outside of the Serengeti ecosystem, and it's outstanding for wildlife watching thanks to the Tarangire River being a magnet for migratory animals in the dry season.

Apart from the elephant herds, the park is also home to wildebeests, zebras, giraffes, leopards, lions, buffaloes, gazelles, warthogs, monkeys and other herbivores. Lion sightings here are common. Leopards and cheetahs are harder to spot, but present.

Here’s just a glimpse of what to expect from a spectacular game drive through the Tarangire, where we had our first but eventful encounter with lionesses: lioness walking past our safari vehicle, lioness having a feast on a gnu, lioness resting, lioness drinking water, lioness hunting zebra, all within the same hour. 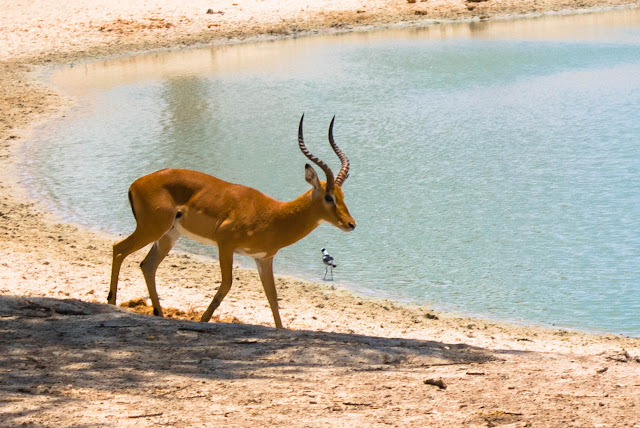 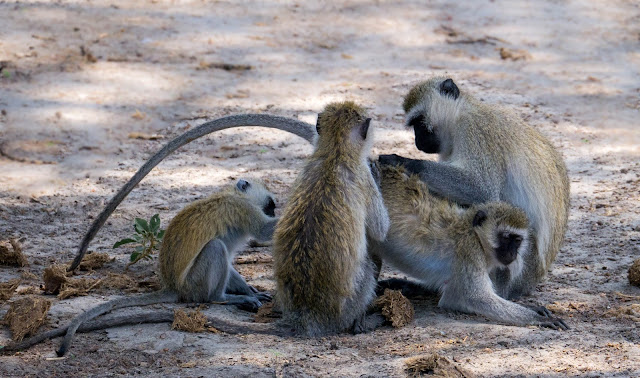 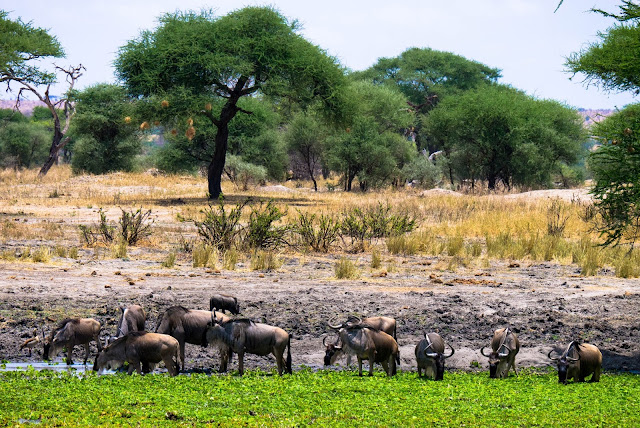 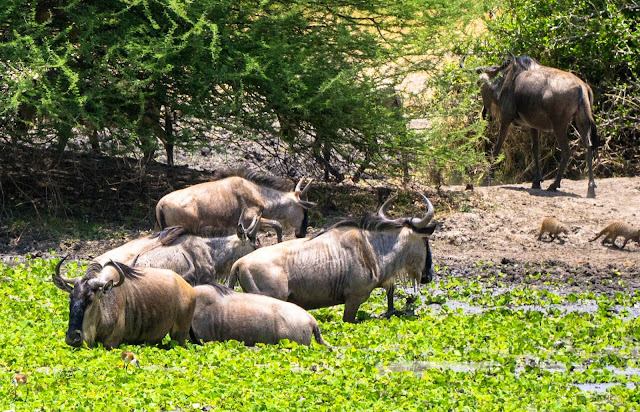 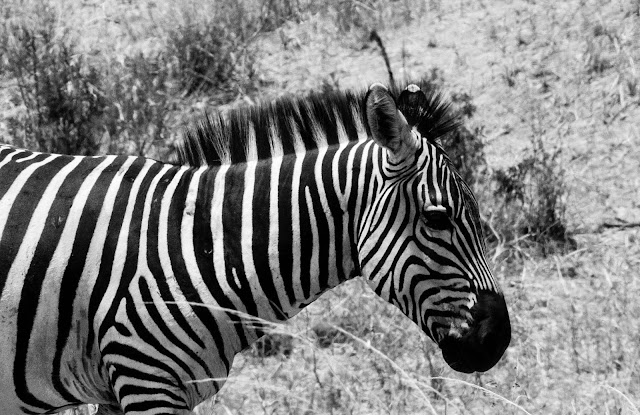 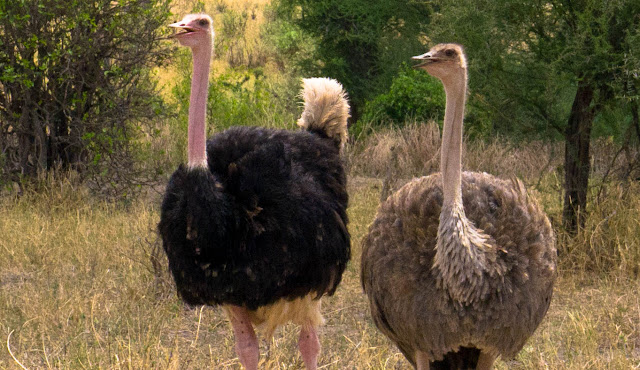 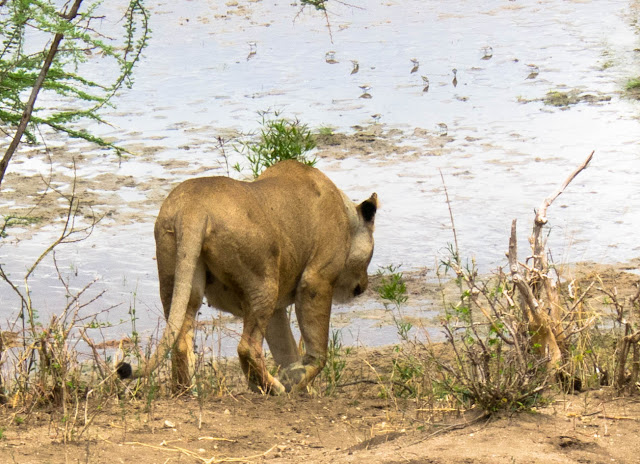 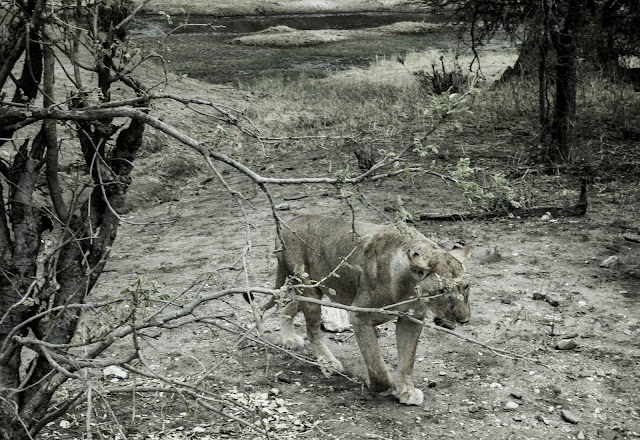 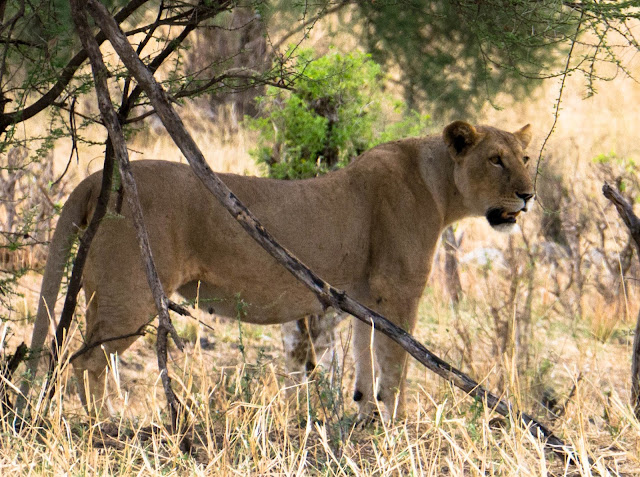 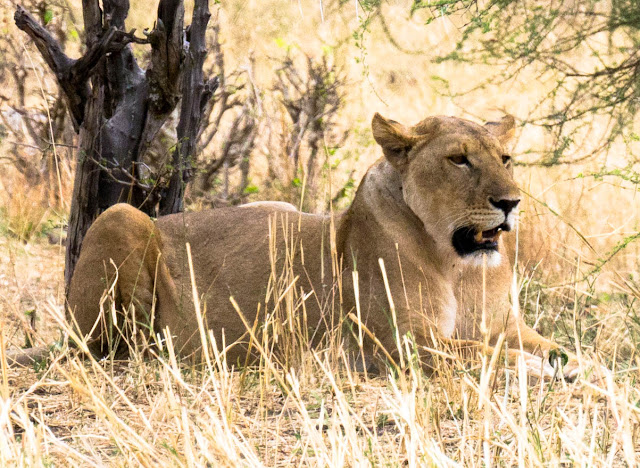 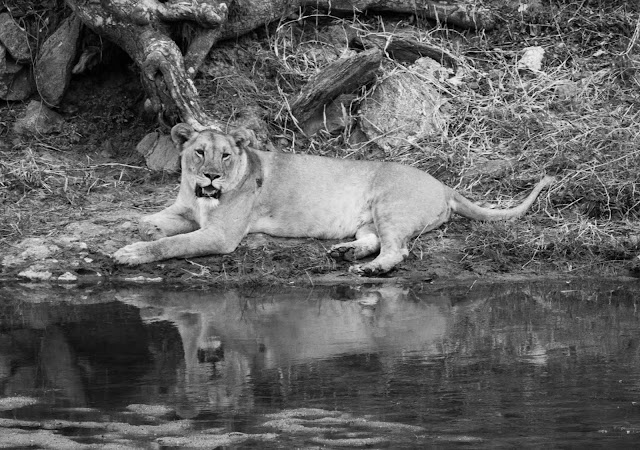 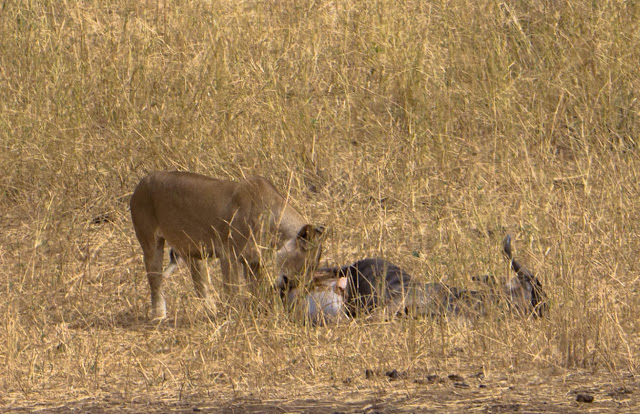 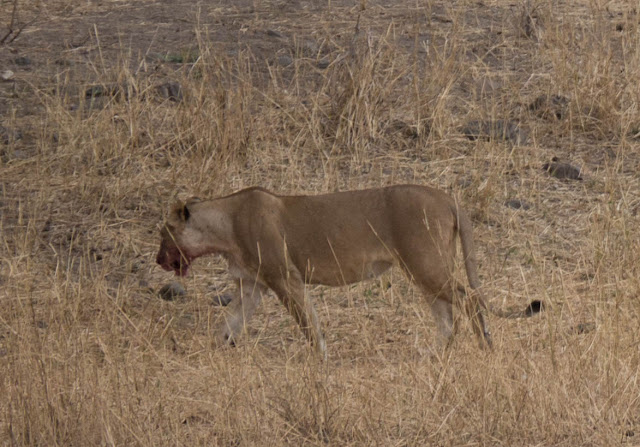 You don’t have to drive hours on bumpy roads to see awesome wildlife in Tarangire, especially the elephants. Tarangire is most famous for its elephants, and elephant lovers can find upwards of 2500 of these heart-warming playful animals in the park, reportedly the largest concentration in the world.

Consequently, large herds are easily sighted that you can watch in solitude as they feed, play, tussle, swim and move across the landscape. 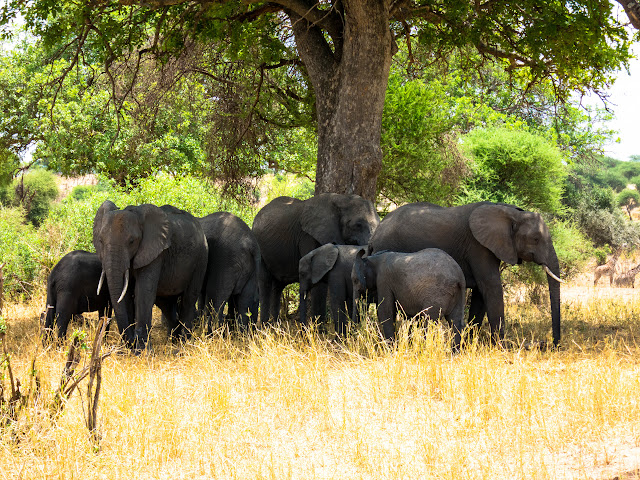 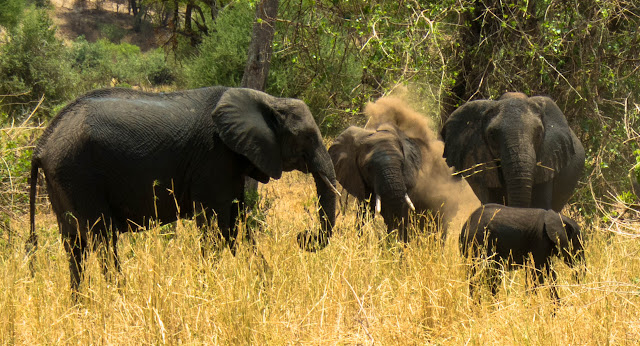 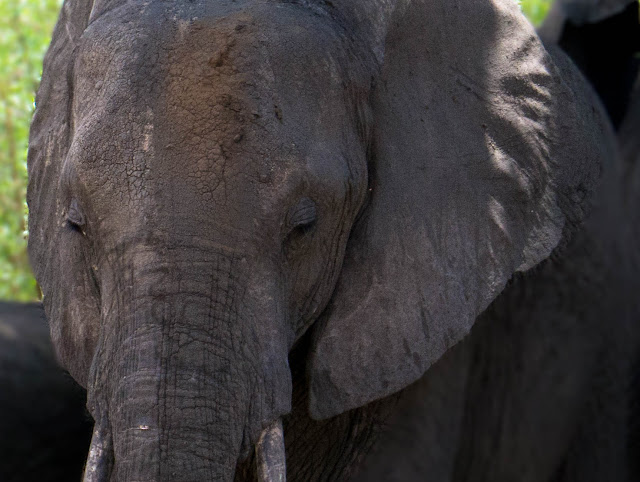 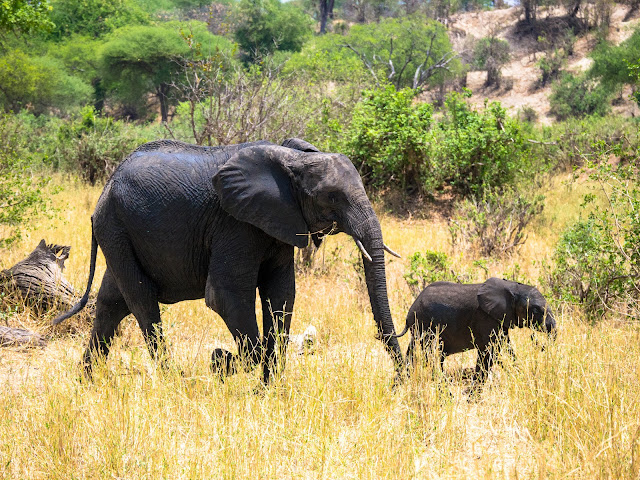 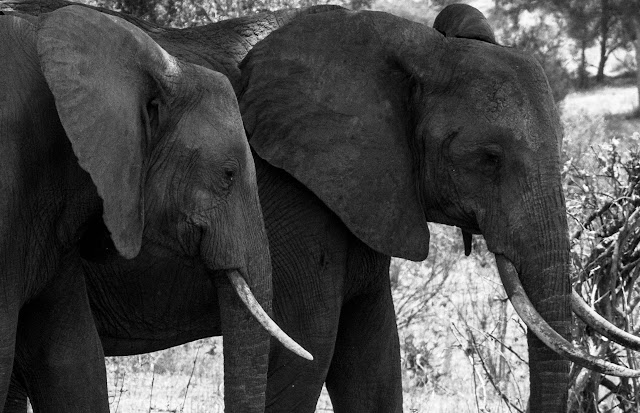 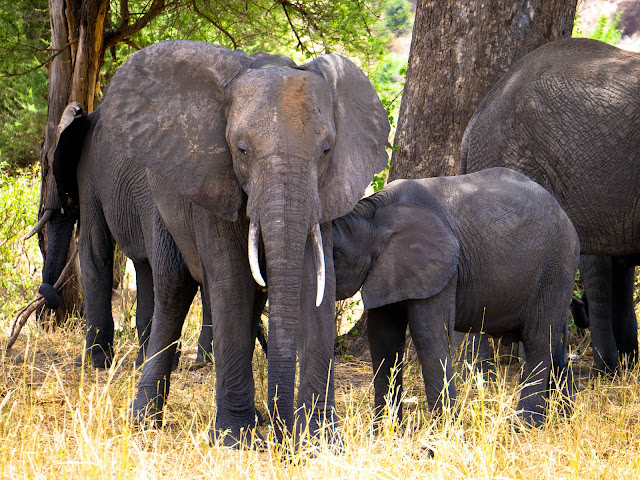 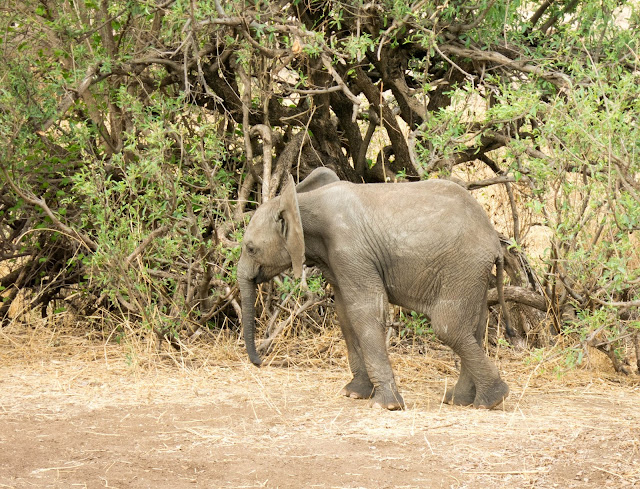 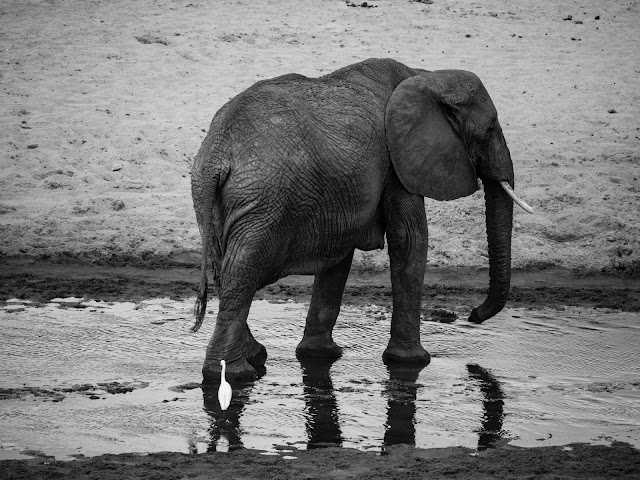 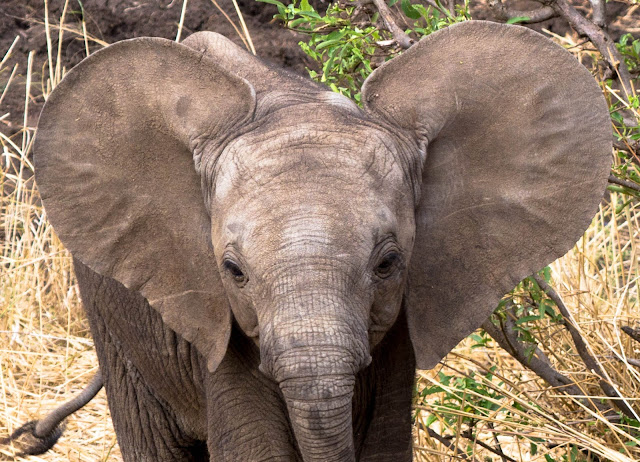 Tarangire has great concentrations of animals, but just a fraction of the visitor numbers of any of the other northern parks. Being far less crowded means smaller number of vehicles around, and you are far less-likely to battle for the best vantage point to observe and photograph the animals.

The park is also less expensive than Ngorongoro or Serengeti and offers great value compared to its neighbors. If you are short on time and/or money, Tarangire is your best bet for a quick and spectacular safari, and a superb option for getting away from it all.