Dashing Through The Snow — Husky Sledding in Finnish Lapland

The good morning call of the huskies in the kennel was one of insanely loud howling and barking in the arctic twilight. Our huskies, already harnessed to their sleds for a 30-40 km trek through the taiga forests of Finnish Lapland, were bursting with so much excitement to take us on an unforgettable safari. 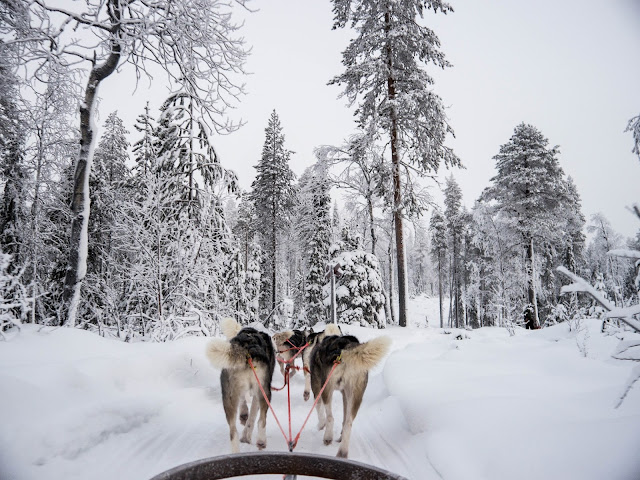 Jarkko, the owner of the dogs and our guide for the day, briefly instructed us how to drive a husky sled. The sled was for two people; one driver to stand behind the sled on the runners, and one passenger to be wrapped in blankets inside the compartment.

And off we went zipping through the deep snow into the pine tree forests, up and down hills, and across frozen lakes. 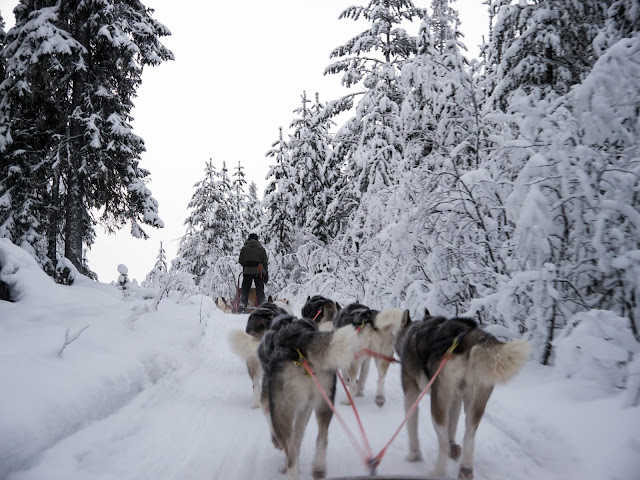 The dogs were running with all their might right behind Jarkko's lead sled, and the scenery whirling by in a snowy blur was reminiscent of a fairy tale. 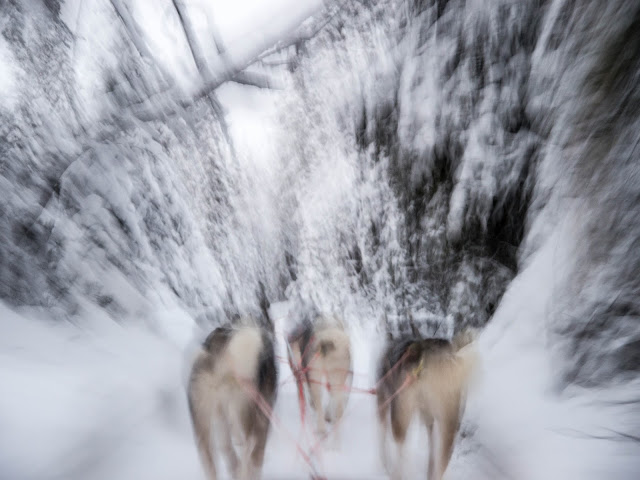 The only sounds in the empty wilderness were the soft crunch of paws and the gentle swish of the sledge runners, as we raced over the fields clothed by deep pillows of snow in all directions.

I enjoyed being a passenger very much in the soundless white world. Relaxing on comfy blankets, with icicles on my eyelashes, I felt like I was about to meet Kay and Gerda. I was on my way to the Snow Queen's palace—up until Tom lost control of the dogs around a curve and pulled me out of Hans Andersen's fairy tale.

In a heroic attempt to prevent the sledge from tipping over with great momentum, he suddenly was no longer standing on the sled runners, but instead being dragged through the snow. Some ten meters later, he decided to break the primary rule of husky sledding and let go of the sled in order to increase his chances of getting back on the runners. The dogs, now towing much less load and with no one on the brake, stepped up the speed and careened into the lead sled. Lucky for me, the sled tipped over to the side into the snow very gently. Phew!

Upon getting back onto our sledges swiftly, once again the huskies broke into silence. And once again I was lying back and simply enjoying the exhilarating ride, as we whizzed through the supremely beautiful Arctic landscapes of Lapland in Snow Queen's sled. 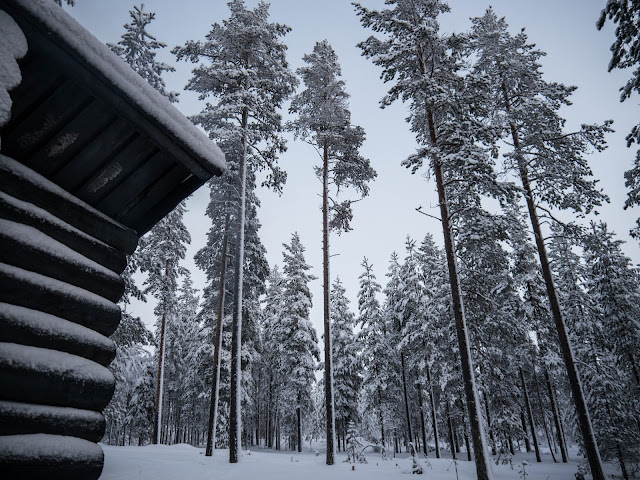 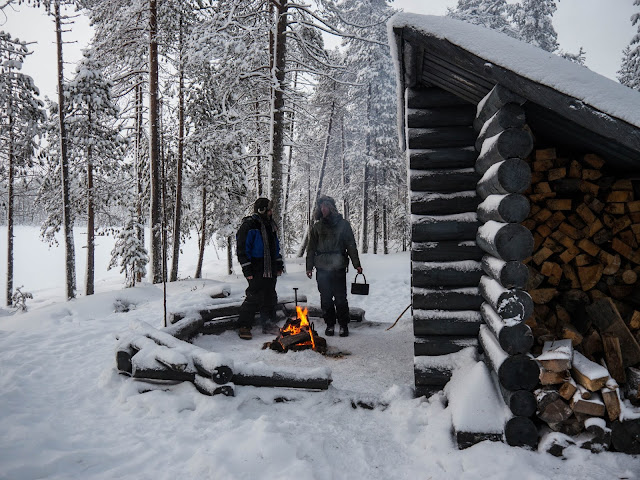