3/25/2017 Africa , Animal Encounters , Safari , Uganda Edit
When it comes to safari destinations, Uganda does not stand out as its neighbors Kenya or Tanzania. However, tree climbing lions in the Ishasha sector of Queen Elizabeth National Park make definitely up for the missing herds of animals, and, besides tracking critically endangered mountain gorillas, should not be missed. 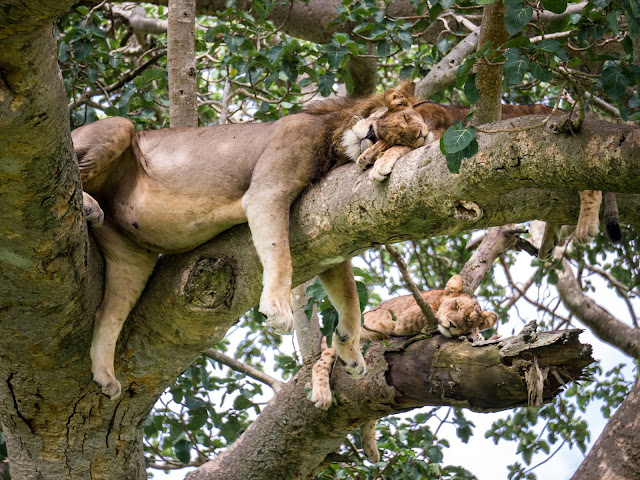 The lions within this area of the park are known for hanging out in their offices — in the branches of large fig trees. There are many theories as to why these lions spend so much time in the trees. Some believe it's a comfortable spot to take a nap while avoiding the biting insects on the ground; others say they just enjoy the cool breeze high in the treetops that also provide cover when hunting. In any case, this behavior leads to plenty of limbs dangling in fig trees. 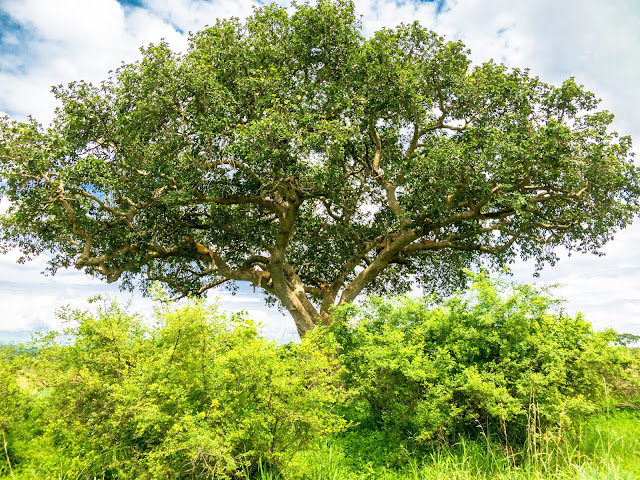 It can be tough to find them though, as there are many places to hide scattered throughout the park. After hours of driving around, we were fortunate enough to locate one of the lion prides resting in one single tree, close to the Democratic Republic of the Congo border. According to our guide Herbert, they meant to cross the border that night, and according to my mobile provider we were already in the DRC.

Wherever they are hanging out or whatever they are after, once you spot them, you'll want to spend an entire day watching their nearly motionless bodies swell and fall on every sleepy breath, the cubs shift around in the branches, or the male simply stand up to pose for your camera. 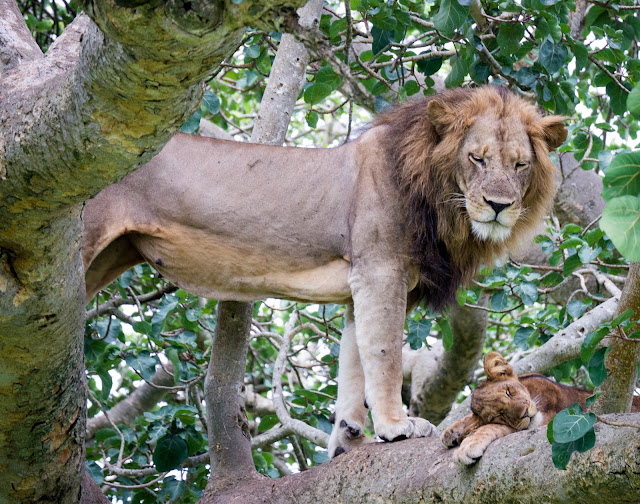 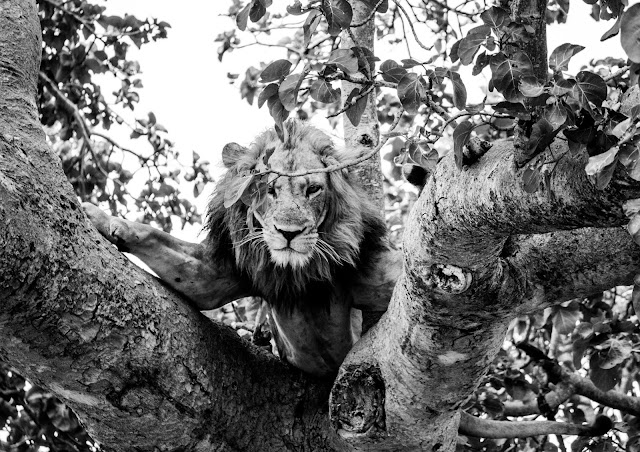 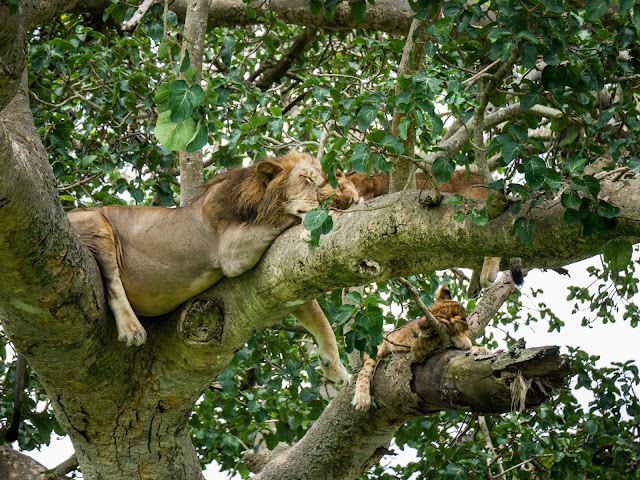 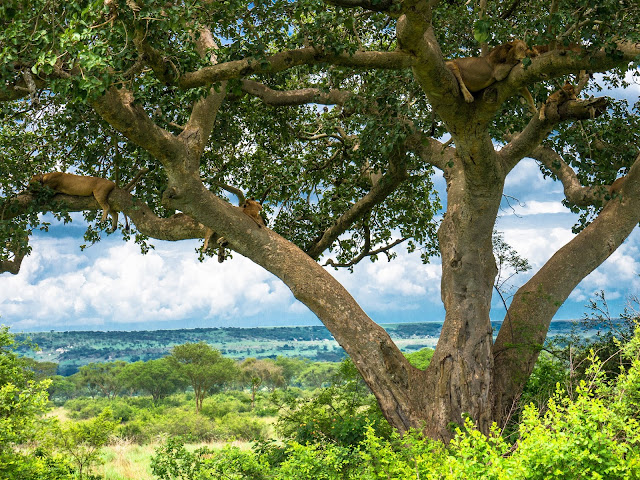 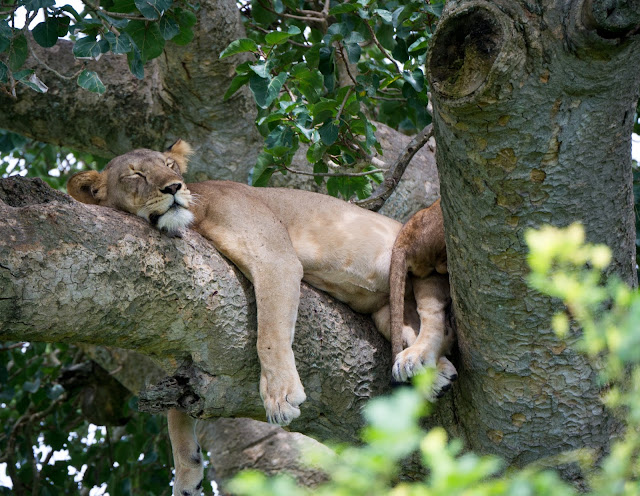 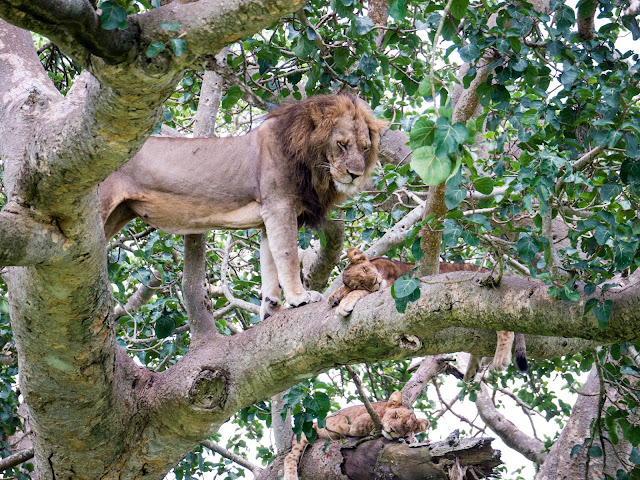 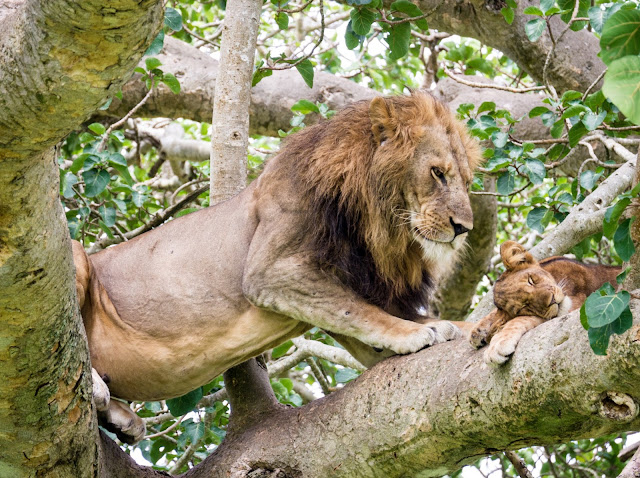 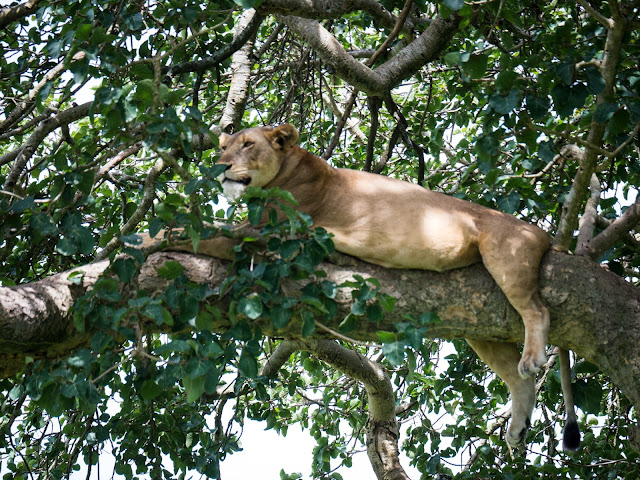 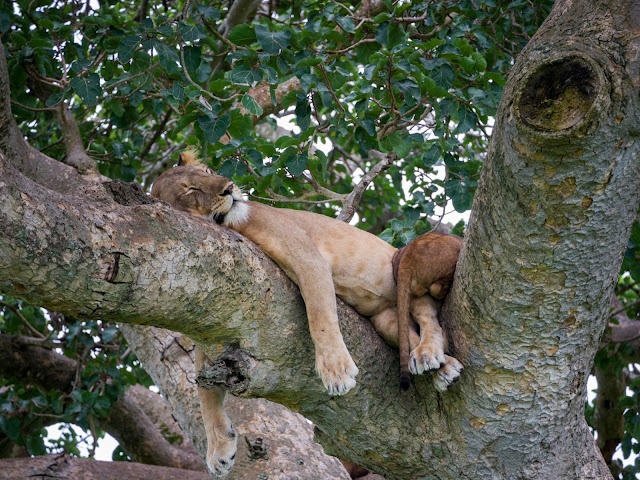 These guys absolutely made our trip to the southern part of Queen Elizabeth National Park worthwhile! Having said that, Ishasha is not only famous for tree climbing lions, but also home to elephants, buffaloes, Ugandan kobs, topis, baboons, hippos, water bucks, bush bucks, and many species of birds that make for a great game drive while keeping an eye out for the lions.

Here are some snapshots from the road while driving all the way from south to north in the Queen Elizabeth National park, and that with virtually no other safari vehicles around!