4/01/2017 Asia , Jordan , Salt Water , Scuba Diving Edit
Over the past few years, I've been fortunate enough to explore the pelagic worlds in Belize, Honduras, Austria, Turkey and Tanzania, but I hadn't made it to the world famous Red Sea until recently. 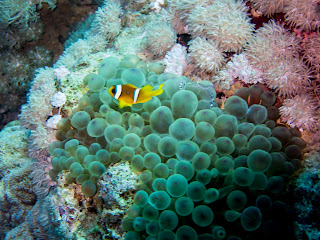 In Aqaba, Jordan's port to the Red Sea and the country’s only seaside resort town, this would finally change.

With great expectations, I traveled further south of the town center to the so-called 'South Beach' and stayed in a dive resort across the street from the public beach. An unimpressive, rather disappointing shoreline with no velvet sand, no lounge chairs, no service of any kind. But once I swam out to the 'New Canyon', a giant fringing reef commencing directly from the shore, and submerged into another world, it did not matter.

Goggling at the spectacular soft and hard coral formations, sea anemones, sponges and many species of fish darting around me was simply a delight! And that with no other divers around! 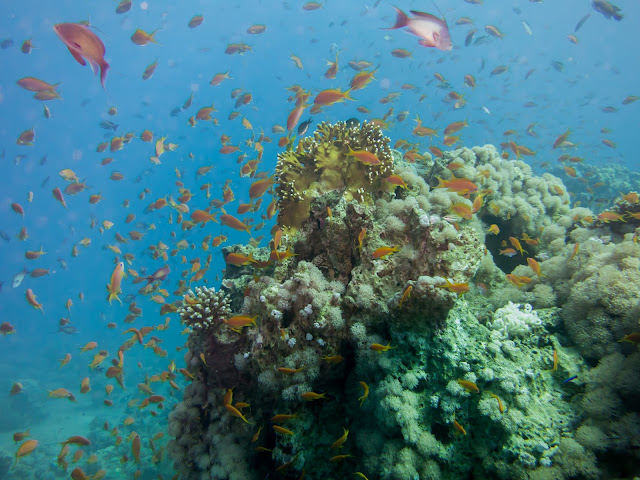 As I still consider myself a dive-newbie, I tend to leave my underwater camera behind, so as not to overload myself with too many tasks. But since I was advised not to leave any valuables at the beach, and I actually was having private dive sessions, I dared to take my camera down with me.

Of course, while fiddling with the settings, I missed the oceanic white tip reef shark — a truly seldom sight according to my dive master who had seen the sharks only 6-7 times in her 13 years of daily diving in the Egyptian Red Sea region before relocating to Jordan.

Lucky for me that I didn't miss the sea turtle, but I was not quick enough to capture a photo of it. Anyhow, I got some snapshots of the dazzling corals and marine critters —including a tiny seahorse and free swimming peppered moray— that I admired during my 4 dives in Aqaba's giant aquarium; the other dive sites being  '7 Sisters & Tank', Cedar Pride (my first wreck dive), and Japanese Garden. Due to the low visibility of 10-15 meters, the quality of the photos is not the best, but they hopefully give a good impression of what to expect from the underwater world in Aqaba. 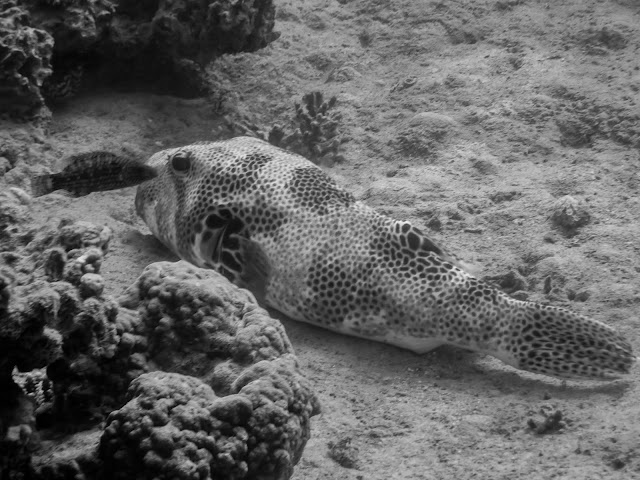 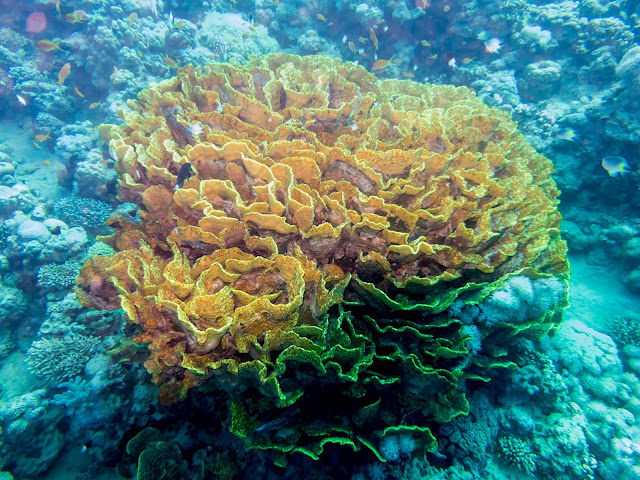 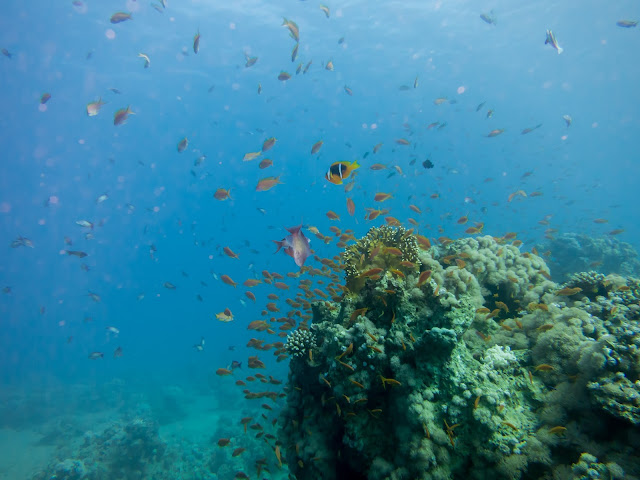 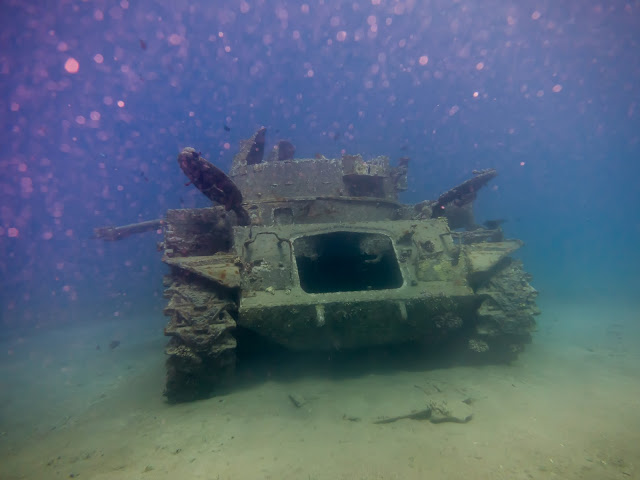 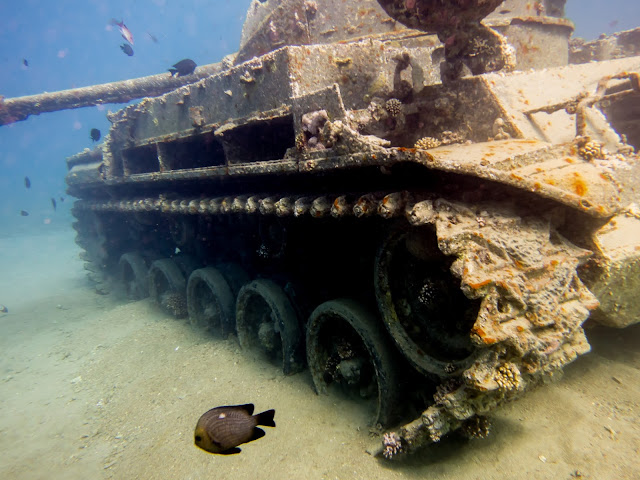 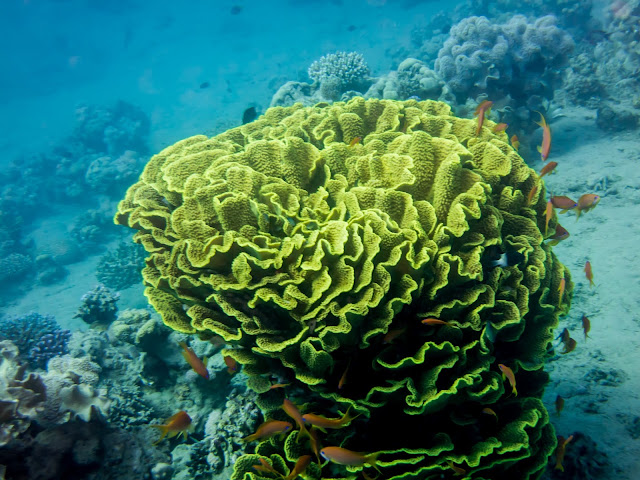 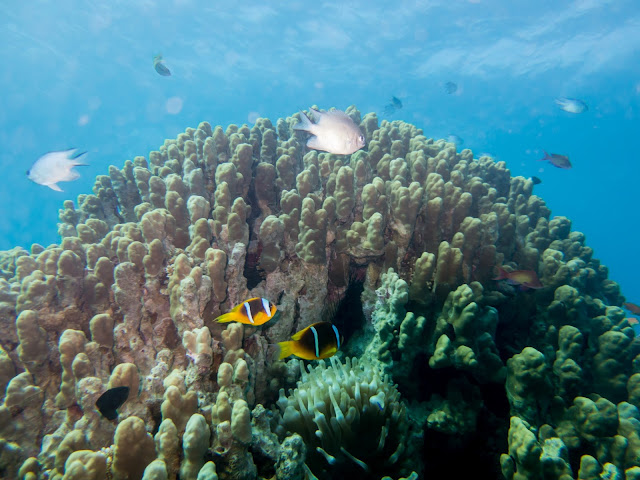 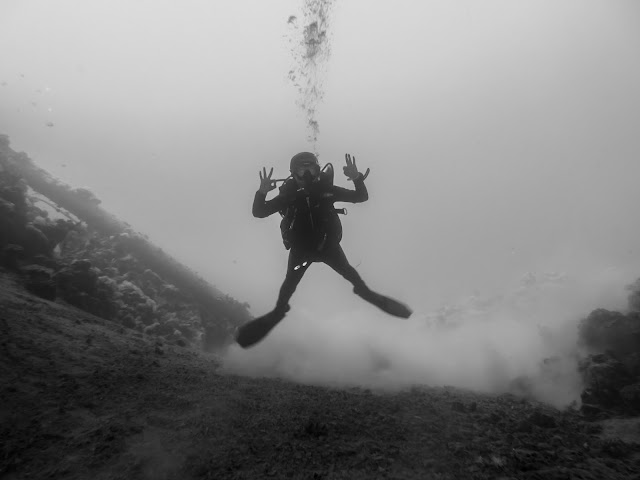 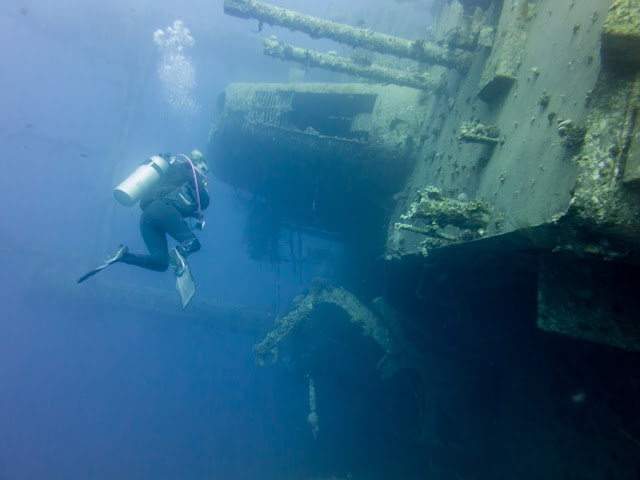 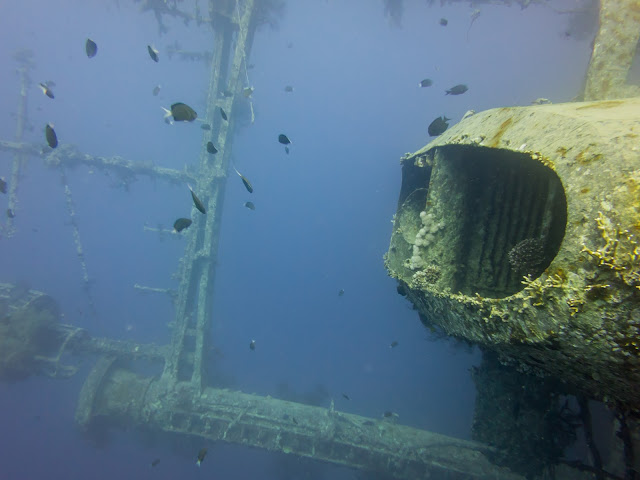 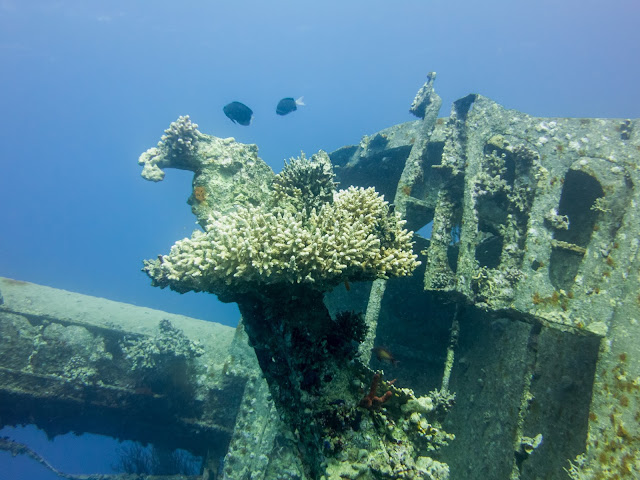 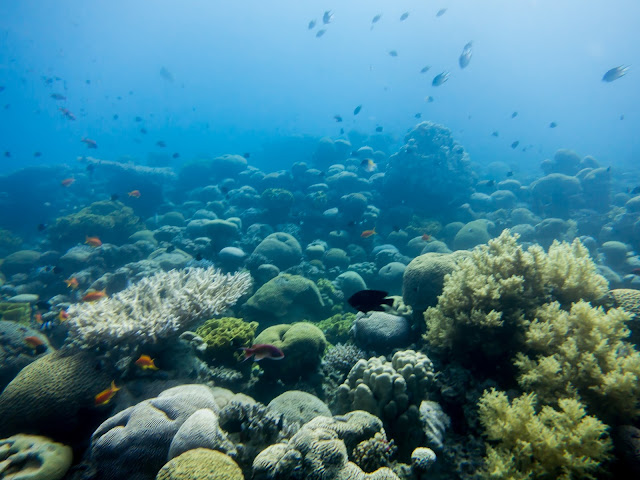 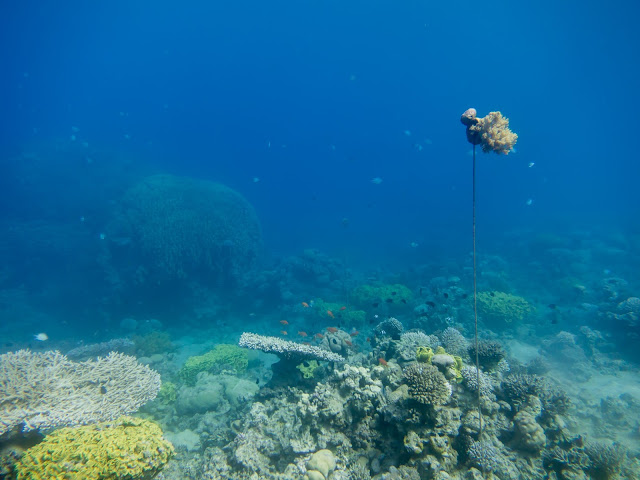 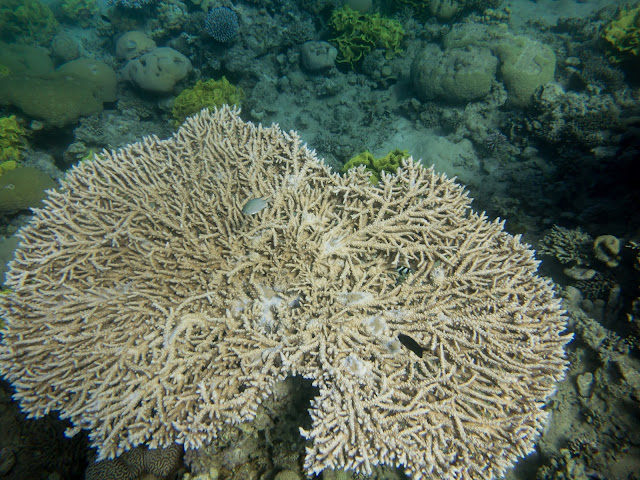 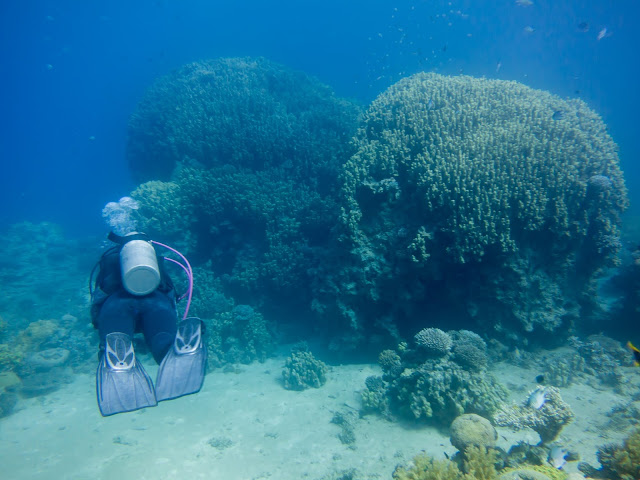 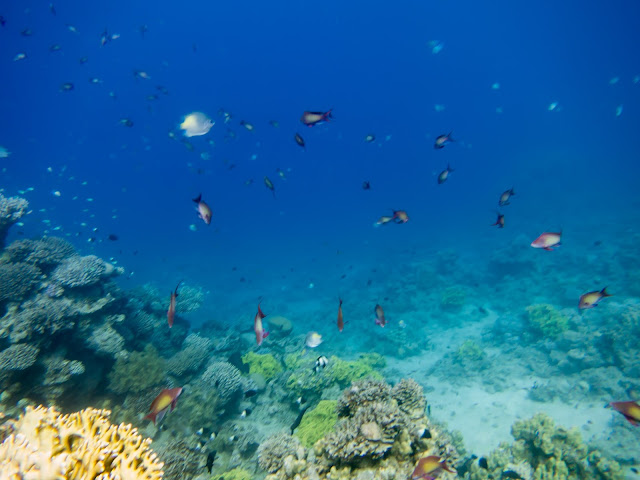 Apart from the water activities (diving, snorkelling, kite surfing), there is not much going on in the South Beach. And the situation is not any different in Aqaba town itself: there’s not much to do for the tourist. Yet still, it's absolutely worth thumbing a ride for 1 JD into the center (or a short 5 JD taxi ride) to feel the conservative but relaxed atmosphere in town. 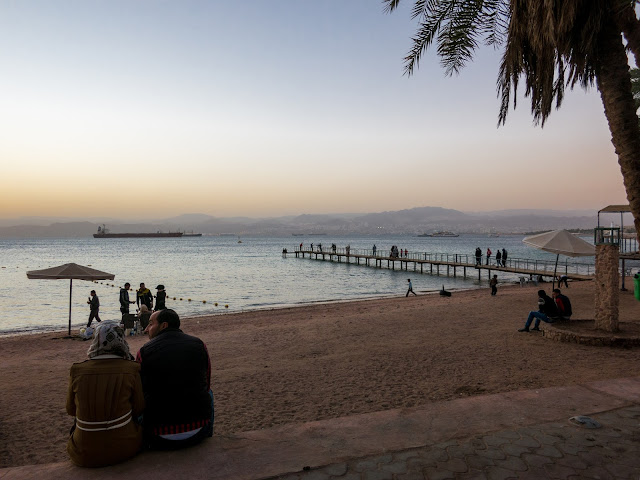 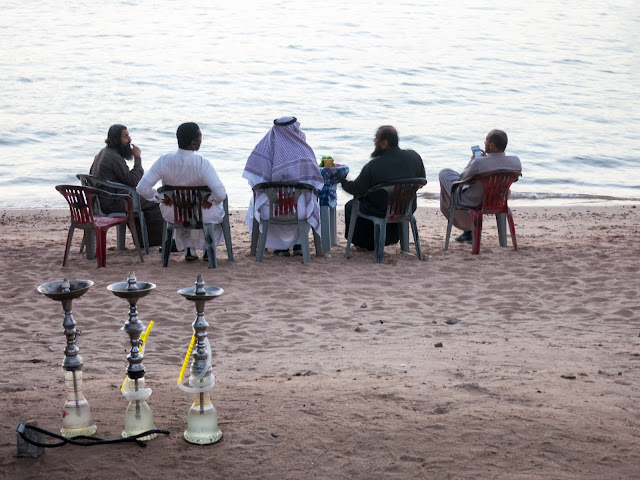 By wandering through the streets, feasting on Jordanian cuisine (don't miss the lamb cutlets at Ali Baba!) and joining the locals at beach-front shisha cafes with a mint tea, I had been given a perfect glimpse into Jordanian life.

But I had come for one thing and one thing only: the Red Sea.

The pristine reefs rich in soft corals, excellent biodiversity, ease of dives, and no crowds compared to nearby Eilat or Sharm El Sheikh made it worth all the teeth chattering during the surface intervals at early December winter temperatures of 20°C.

Beyond doubt, Aqaba's untouched reefs along its 25 km coastline with thriving marine life lived up to the hype. 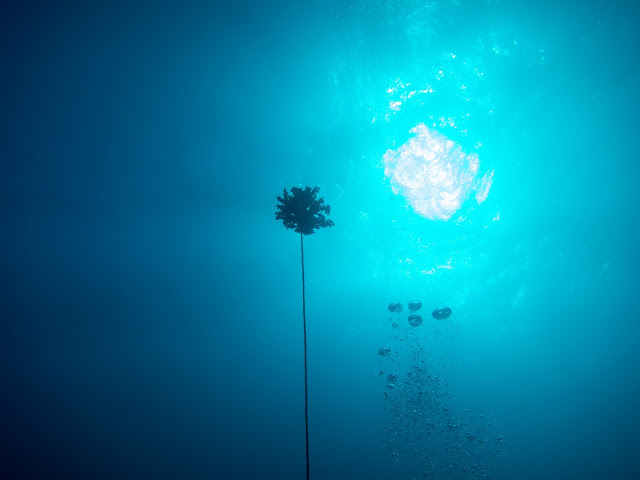