Jacuzzi Party with Living Fossils of Laguna Bacalar in Mexico

There lies a magical freshwater lake amidst the jungles of Mexico's Yucatan Peninsula: Laguna Bacalar, also known as the Lagoon of Seven Colours. An extraordinarily beautiful crystal-clear body of warm water gives rise to an array of shades morphing from pale turquoise to deep azure as the soft, sparkling limestone waterbed varies from several centimeters to over ninety-meters in depth. Albeit the lagoon with its unique color palette is truly a feast for the eyes, the real marvel lies partially submerged under the surface. 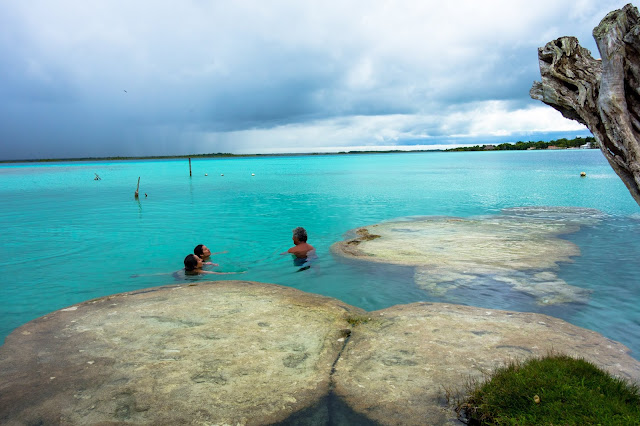 Lake Bacalar is one of a few scattered places in the world where the remnants of some of the most ancient lifeforms on the planet—the stromatolites—continues to thrive. Stromatolites are reeflike outcrops of finely layered collections of fossilized microorganisms, such as cyanobacteria. The microbes active on the surface layer of stromatolites form a bio-mat. When these biofilms trap sediment, the former microbial surface communities give way to a lithified layer—a trace fossil. 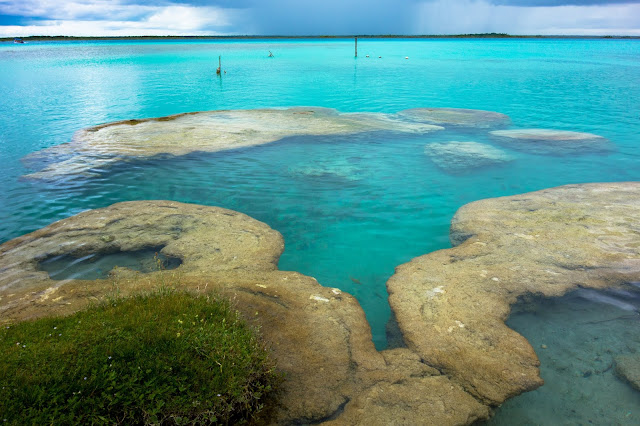 The microbial reefs build up very slowly in shallow waters, a single one-meter structure might be 2000 to 3000 years old. Ancient formations of stromatolites are considered as one of the oldest fossil records of life on earth dating back billions of years. The stromatolites here in Bacalar are modern growths, dating from within the Holocene era, but the microbes are similar to the organisms that existed over 3.5 billion years ago. The stromatolites of Bacalar are literally living rocks that are linked to the origins of life. 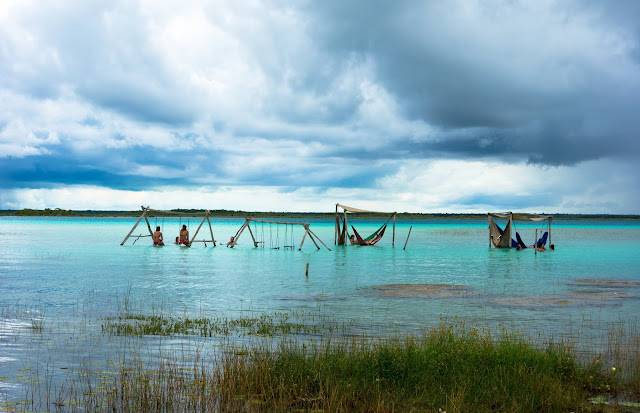 Stromatolites are believed to be the reason why we are alive today, because of the ability of cyanobacteria to photosynthesize and release oxygen as a by-product. These ancient organisms thrived in the absence of oxygen. Billions of years of photosynthesis eventually led to the suicide of the prehistoric organisms which could not withstand the oxygen-rich atmosphere and gave way to the life we know today. 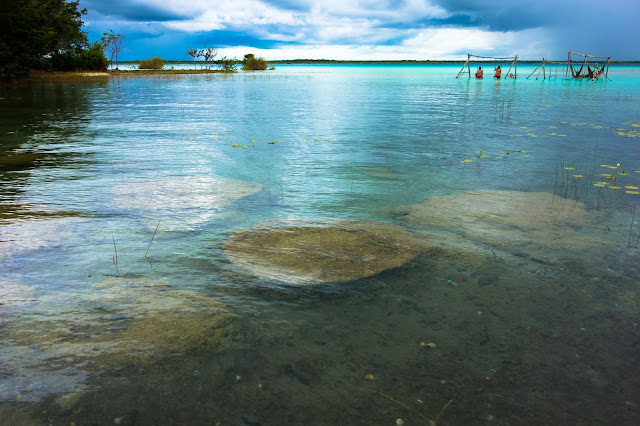 Even today, you can observe the recent epoch stromatolites fizzing underwater, gently releasing oxygen. One place you can enjoy a jacuzzi party with the living fossils of Lake Bacalar is Cenote Cocalitos. While relaxing in this privileged hot tub, bear in mind that the stromatolites hold traces of our ancestors. Even though they look like rocks covered with moss, they are extremely fragile remnants of your great-great-great-..-great-great-grandparents. Thus, make sure to celebrate life with the respect and kindness they deserve. 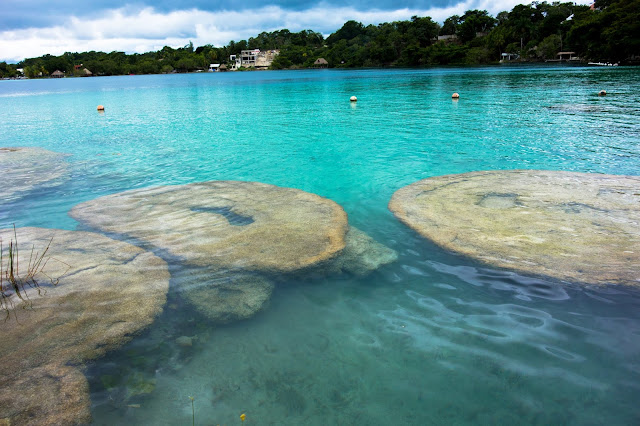