2/25/2020 Americas , Mexico , Salt Water , Scuba Diving Edit
Diving with the hostile bull sharks is presumably a bucket list item for many of us—well, at least for me it was, and I eventually made acquaintance with the most dangerous shark species in the world off the coast of Playa del Carmen in Mexico. No worries, all my limbs are still intact :) 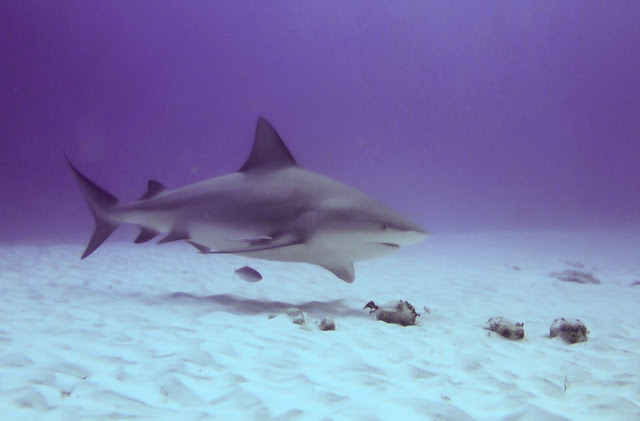 Bull sharks are known for being short-tempered—they even hunt other bull sharks—, thus they're considered arguably the most dangerous species of shark. The bull sharks can be found, for instance, in Fiji year-round, but in Playa del Carmen they are seasonal visitors, they appear only from November to March to give birth. As bull sharks can live both in freshwater and saltwater, they are naturally attracted by the freshwater sources of the region. So, if you are a PADI AOWD certified diver with 30 logged dives (or equivalent) and are around in the right season, your chances of encountering a bull shark are high. BUT... be aware that the majority of dive operators in Playa del Carmen conduct baited dives, while some offer nonbaited encounters, such as Pura Vida and Dive Life. The difference in the dives, besides the price tag, is that on baited dives the sharks are attracted with dead fish to the divers, hence the shark sightings and adrenaline-pumping are guaranteed. On the non-feeding dives, the divers will be taken to the areas known to have sharks, but sightings not guaranteed.

To dive or not to dive—that's the question

The topic of shark dive is often debated, and I'd given much thought about whether I should dive with them or not because even nonbaited dives might be supporting the baited dives indirectly. There are several concerns about feeding sharks and attracting them to shallower sites for reliable underwater encounters. The sharks get used to the appearance of divers and the expectation of a quick bite at the dive spot. They start to associate humans with food. Those against the practice say this alters the shark's natural feeding pattern. Those supporting the practice claim that if it was true, the sharks would not migrate, but they do. 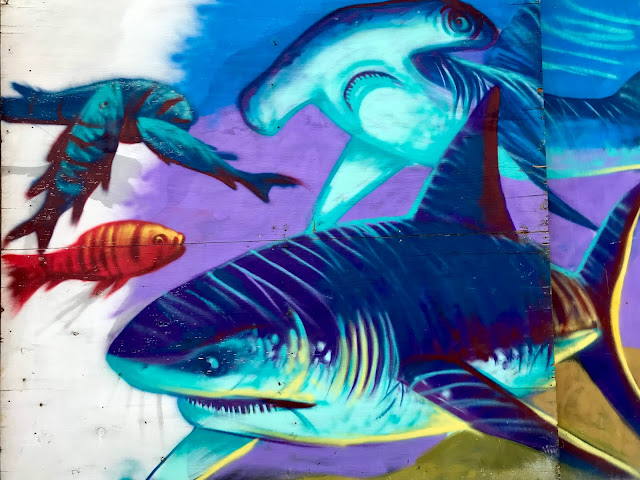 The other concern is, shark fishing is not illegal in Mexico. The fishermen claim that they have licenses to fish sharks and fishing is their job. Luring sharks out of the deep to a well-known spot makes them an easy catch for fishermen. To counteract this, the dive operators pay a certain amount of the income generated from baited dives to fishermen, according to a divemaster from a shark-feeding dive outfit in Playa del Carmen. This practice is like paying ransom money, certainly not the way to go, but as long as there are no regulations, all we can say is a shark is worth more alive than dead. It's a tough call to say no to the opportunity of such a unique encounter, but please before signing up for a bull shark dive, make sure to inquire about how the dives are conducted, and you and the sharks are comfortable with the methods used.

I'm against any kind of wildlife feeding, that's no question. But frankly, I wasn't 100% sure about the indirect impacts of a non-feeding dive. The honest dive operators I contacted confessed that they indeed profit from the baited shark dives, given the fact that sharks tend to stick around the feeding spots. The dive operator of my choice, Pura Vida, offered a "swim-around-the-reef" dive instead of a static "wait-and-see" kind, so I decided to give it a try, as it sounded like a 90% natural encounter.

As the sharks can get really aggressive while feeding, every dive operator in Playa del Carmen gets its time slot for diving at the Shark Point site to avoid accidents: early morning and early afternoon no-feeding, late morning and late afternoon feeding. In the early afternoon no-feeding time slot, nature allowed me to encounter 3 individual bull sharks in their full elegance and silence. On the morning baited dive, 12 were sighted, according to another dive operator's report. One might envy them a little, but wildlife must remain wild. After all, as a scuba diver, you never know what you will get to see. While blowing bubbles around the reef in admiration of the colorful corals, schools of tropical fish, and other marine critters, you might encounter something bigger—a manta, a turtle, a stingray, or even a bull shark. And indeed, in my case, seeing a huge green turtle bigger than me caused way more adrenaline-rush than bull shark sighting. Then comes two huge stingrays mating, thus bull sharks rank third. Serendipitous encounters certainly beat intentional ones, but let's save the aforementioned dudes of the reef for another time, and check out the short compiled bull shark video down below—the very first collab with my talented nephew, who kindly improvised the soundtrack.

This post possibly doesn't sound much enthusiastic about the bull shark encounter itself, and honestly, I'm still not sure whether I contributed to their sustainability or extinction, even though I did join a non-feeding dive. I don't want to start a debate here, but no matter whether you decide to dive or not to dive with bull sharks, make it your priority to show respect for these magnificent predators of the ocean.